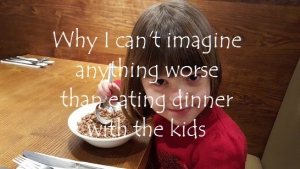 They say that families who eat together stay together, but do they really? We don’t eat dinner together on a regular basis because frankly I can’t imagine anything worse than eating dinner with the kids.

I don’t want to share my evening meal with a four-year-old who talks with her mouth full and can’t sit still and a baby who splatters me with sauce and throws most of his food on the floor. A chimpanzee’s tea party would be preferable.

I want to sit down with a nice glass of wine and eat in peace and quiet with the kids asleep in their room and the detritus of the day cleared away. I do understand the importance of eating together and it’s a nice idea in theory, but I can’t fathom my friends who get a meal for the whole family on the table at 6pm every day of the week. My mum didn’t do it and nor did Misery Guts’s, and I don’t think it did us any harm. Or perhaps it did…

The one thing we do do though is sit down to breakfast together. I can count on one hand the number of times we’ve been out for dinner in the last year, but I’ve lost count of the number of times we’ve been out for breakfast. Dinner dates have been replaced by going out for weekend breakfast dates, and dare I say it I think I actually prefer it (the fact it doesn’t involve preparing, putting away, cleaning up and wiping down a highchair probably has a lot to do with it).

So when Premier Inn got in touch to see if we’d like to try out their new buffet breakfast menu we didn’t need asking twice. Who can resist those columns of cereal with wheels you turn to dispense your cornflakes in a bowl underneath, miniature pots of jam and honey and a pick n mix of Danish pastries? Not me, and certainly not BB.

Just before Christmas and with a day of shopping ahead of us we headed to Premier Inn in Brighton to see what their new menu has to offer. BB is the perfect guinea pig: she headed straight for the cocoa pops she’s not allowed at home and after hoovering up a bowl of those tried out no less than three more different bowls of cereal. 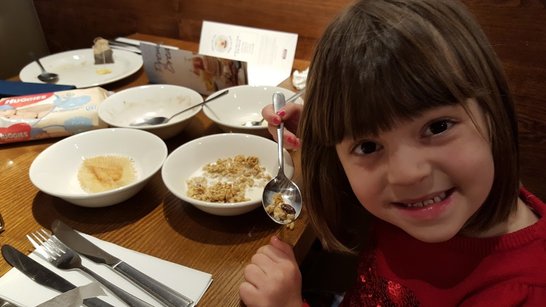 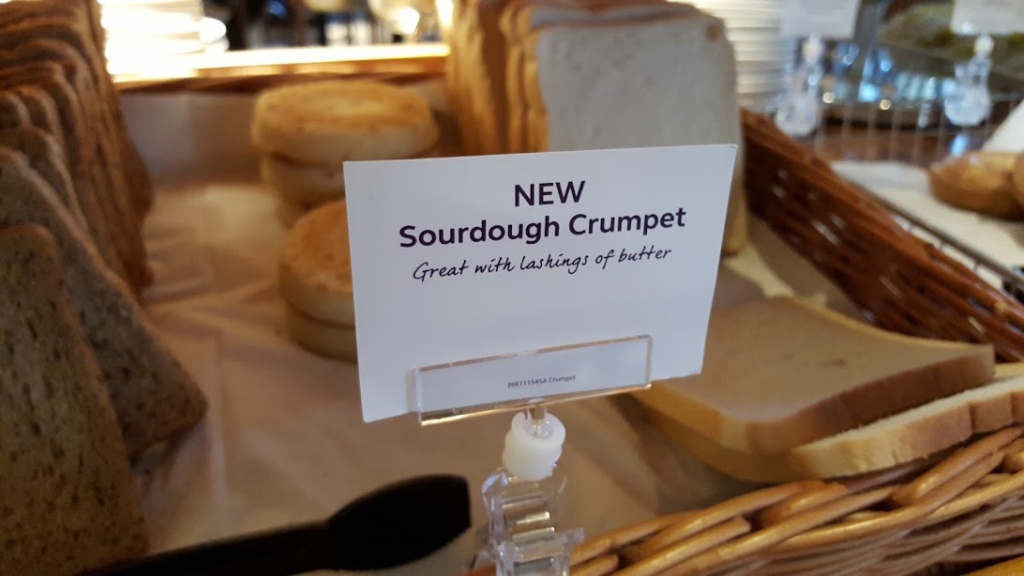 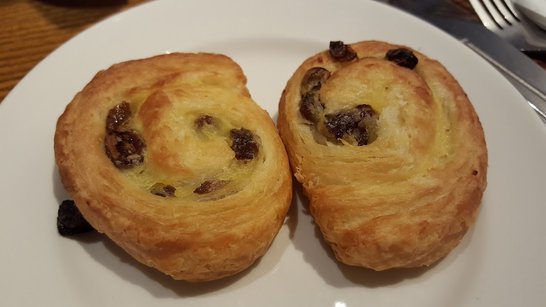 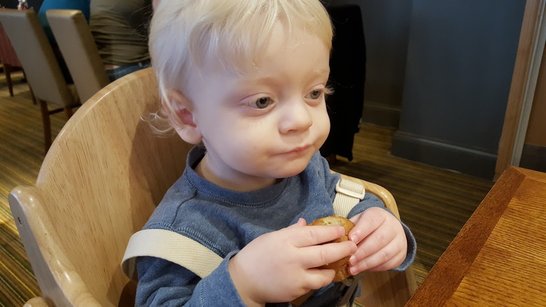 With BB making a beeline for the cereal Misery Guts, who was already in a hump with me Instagramming everything on my phone, headed straight for the hot buffet where the fry up now includes bubble & squeak and black pudding. This actually put a smile on his face, which is no mean feat, trust me. 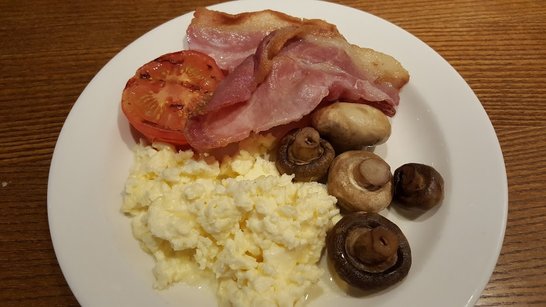 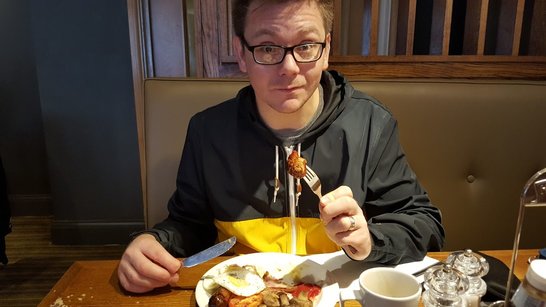 We tried out the full breakfast menu in which you can eat as much as you like and includes the hot buffet for £8.99 per adult. Kids eat free, which means you’re looking at £17.98 a family of four. I have to say I do think this was good value given the quality of the food, which even though we arrived towards the end of service and had presumably been sat around for a while, was well-cooked and made with good quality ingredients.

I was surprised at the surroundings too – the décor was more like that you’d see in a bar or restaurant in the Shard than a city centre hotel, with oversized copper coloured lightshades and contemporary wall art. 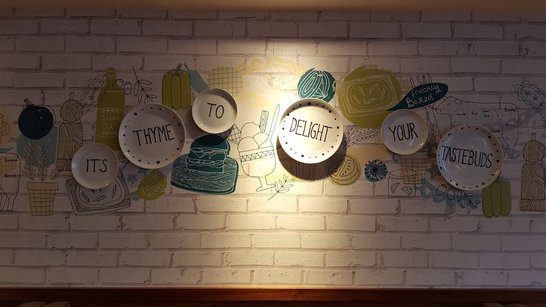 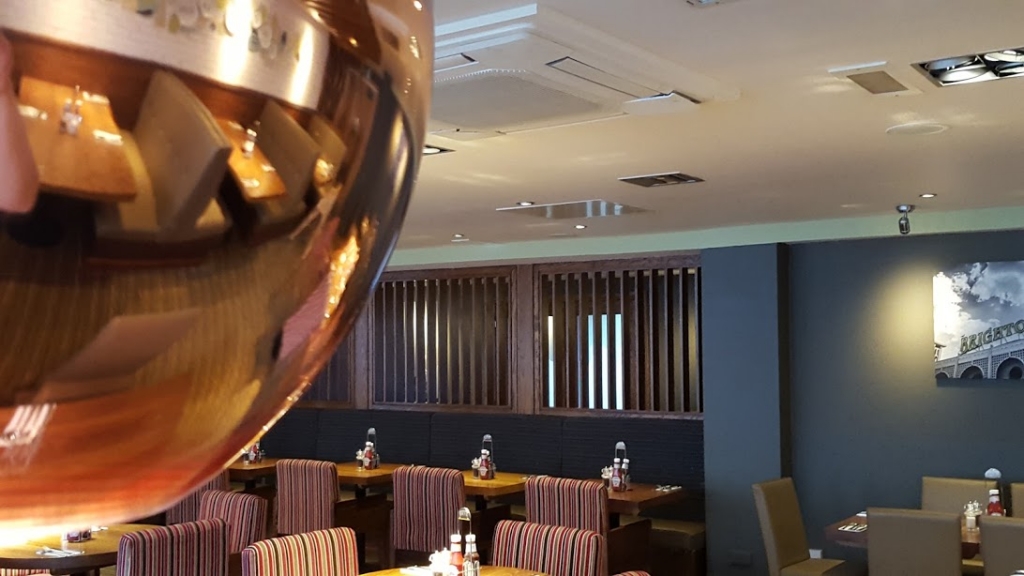 But the best thing about family breakfast dates is that instead of being distracted by the TV, or eating at different times depending on who’s doing what, we all sit down together and actually talk. Which got me thinking that maybe we should make more of an effort at home at in the evenings…

We were given a free breakfast by Premier Inn in exchange for a review about our trip. As always all opinions are my own and based on my own honest experience.