According to Misery Guts the world has gone ‘bat sh*t mental’. He’s referring, of course, to the election of Donald Trump as President of the United States of America in the same year the UK voted to leave the EU. Oh, and the fact it looks like Honey G might actually win X Factor.

Everywhere I look there are dire warnings from the media, columnists and bloggers about what this means for the next generation (not Honey G winning X Factor, I mean Trump and Brexit) and how we should be shuddering for our children’s futures, but the thing is I can’t worry about it. 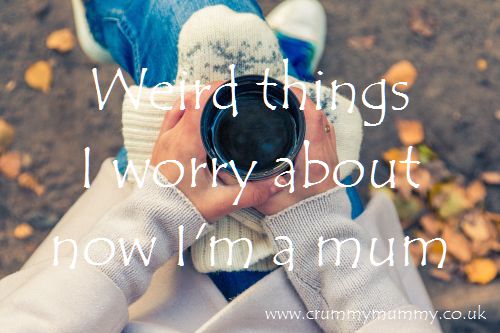 I don’t know if it’s something to do with being pregnant and self-preservation hormones raging, but there are so many other things to worry about within the confines of my sleep-deprived mind that I can’t worry about things I can’t change. If I did I’d go bat sh*t mental.

These are just some of the things going on in my head right now.

1. Is constantly being in front of, and distracted by, my laptop damaging the kids? I’m there to wipe faces and bums, pick them up from nursery and school and cook their tea, but in order to do that I spend the remainder of the time glued to a screen working instead of playing.

2. Are cheerios really that bad? Sugar is the sixth ingredient listed and they’re banned at nursery, but don’t the ‘5 whole grains’ that come before the sugar make up for it?

3. Is letting the kids watch Topsy & Tim giving them unrealistic expectations about family life? I’ve never once seen Topsy & Tim’s smug mum lose her sh*t (just one of the reasons she makes me want to scream), and as for the dad, how can any parent be so perennially cheerful?

4. Sneezing and accidently weeing just a teeny tiny bit is normal when you’re six months pregnant and have already given birth to two babies…isn’t it?

5. Does it matter if they don’t brush their teeth for the full two minutes? Is one minute enough? What happens if it’s not?

6. Is me doing most of the household cleaning setting a bad example? Will it make BB think it’s her job when she’s grown up, and Little B that it’s not his?

8. When will Little B stop groping my boobs? It’s been four months since I stopped breastfeeding him but it might as well have been yesterday.

9. Will my linea nigra ever completely disappear? And how much bio oil am I going to have to slap on to get rid of it?

10. When all this baby making, breastfeeding and child rearing malarkey is done, how much, exactly, will motherhood have aged me? Five years? Ten? Fifteen?

So you see there just isn’t room in my head to worry about Trump and Brexit as well.

I realise these are mere trifles in the grand scheme of things, but this is what keeps me awake at night, not whether Barak Obama will bother flushing the loo before the Trumps move in or whether Brexit means we’re all doomed.

Do you worry about the nutritional value of breakfast cereal and whether TV is messing with their heads? Or is Trump and Brexit more of a concern? I’d love to know what you think!