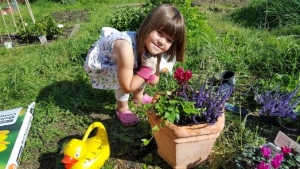 It’s been almost a year since we made it to the top of the list and got our own little patch of the world in the form of our allotment, and finally we’ve started planting!

It was rather overgrown when we got our hands on it and combined with the fact it was winter and Little B was newborn it’s taken us all year to get to grips with it. We can really only spend a couple of hours there at a time because, despite best efforts including picnics and the paddling pool, the kids eventually get bored. Or it rains, sending BB into hysterics (I think she’ll be a fair weather gardener).

We inherited raspberries and strawberries from the previous incumbent which all fruited, we planted roses and dahlias which have all flowered and we’ve got parsnips which are almost ready to harvest, but until this weekend that’s been about it.

It got to the stage where BB started complaining about going because it was ‘boring’, and to be fair she had a point: weeding, turning over beds we hadn’t touched yet and putting up a shed are boring for her.

So, with the shed now up, I decided to spend a Homebase voucher we’d been given on some winter flowers to go in pots around it. I told BB she could choose, which instantly piqued her interest, so off we went to the garden centre.

Purple is her favourite colour so it’s no surprise everything had to be purple: we came away with a tray of purple pansies, two purple heathers, a lavender, some ivy for greenery and some pink and red cyclamen because I managed to persuade her an alternative colour would be nice.

I’ve never seen her so absorbed on the allotment. I showed her how to make holes in the compost and water them before planting the flowers, and how to water them in afterwards. She was fascinated by the buds on the pansies and cyclamen, and almost immediately the lavender attracted bees – and a ladybird. 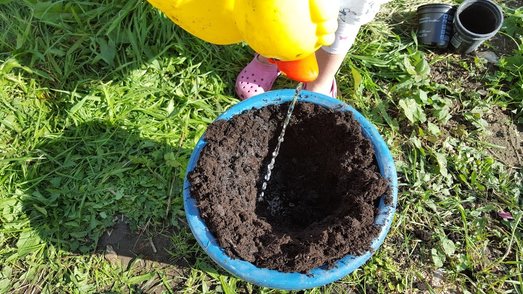 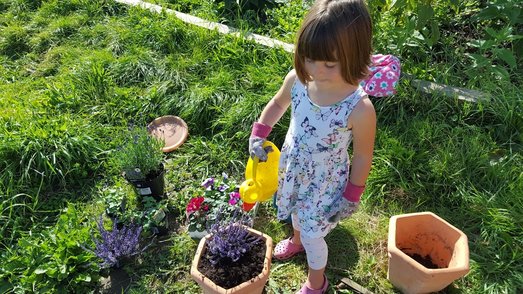 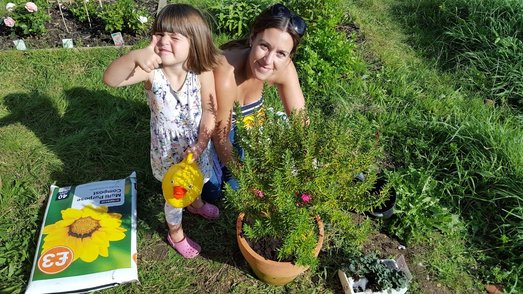 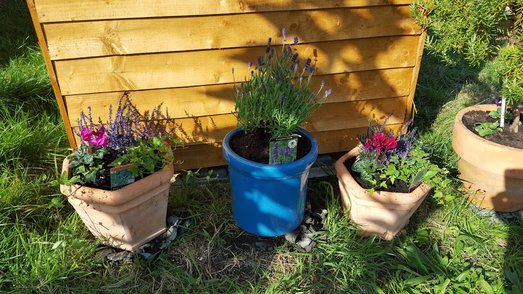 I have to say it was the best day we’ve had on the allotment so far. Planting up and making things look pretty really is the fun part. 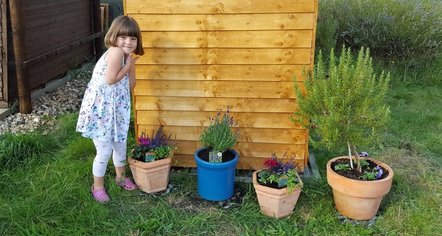