A third of British children stop believing in Father Christmas by the age of six if the latest research is to be believed, meaning we’re on borrowed time with the oldest who turned seven this year. 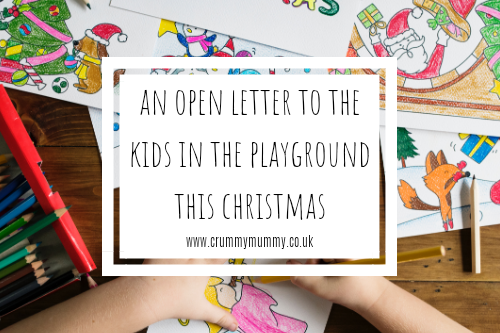 At the time of writing there’s no question she still believes: there are two separate Christmas lists, one for us and one for Santa, threats that Father Christmas and his elves are watching are surprisingly effective and she’s already listening out for sleigh bells.

But if she still believes by the time we get to Christmas day I’m almost certain this will be the last year. And it’s a big if.

Now she’s in year three she’s moved from the infant playground to the junior playground at school, where she kicks about with kids eight, nine and 10-years-old, and I’m afraid it’s only a matter of time before she hears something I’d rather she didn’t. So with all my fingers and toes crossed here’s an open letter to the kids in the playground this Christmas.

All I want for Christmas is a seven-year-old who still believes.

I want to keep finding Christmas lists she has written and re-written in the run up to the big day, with messages she simply wouldn’t write to anyone else. 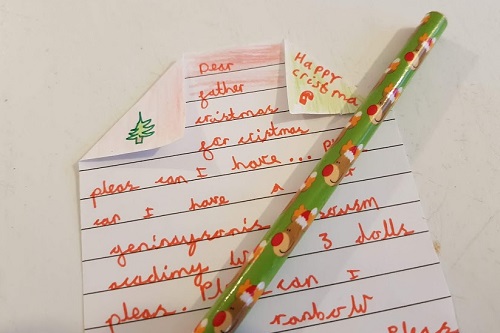 I want to make mince pies and buy carrots for Rudolph while she chats happily about what Santa is doing right now.

The one with three stars on it is for Santa apparently. Assuming it lasts that long #christmas #baking #family #fun #mincepies #homemade #mums #mumlife #coolmumclub #childhood #childhoodunplugged #improudof #snaphappybritmums @britmums

I want to see her face light up in glee when she receives an invitation she doesn’t yet know is on its way from the man himself at LaplandUK. 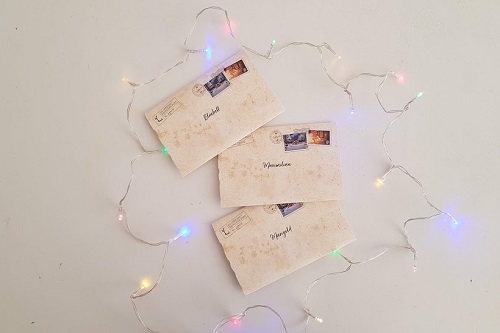 I want another photograph like this one, capturing her wonder when he tells her his elves have been watching and he knows exactly what she’d like for Christmas. 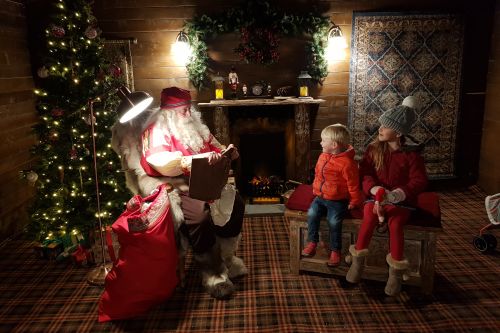 And I want to hear her shriek ‘he’s been’ when she runs into the living room on Christmas morning.

All I want for Christmas is one last Christmas when she truly believes Father Christmas will land on our roof in a sleigh bearing gifts and magic really does exist. Is that really too much to ask?

Do your kids still believe in Father Christmas and could this be the last year for you too? Or are they already in the know? If so, I’d love to know how old they were when they found out!