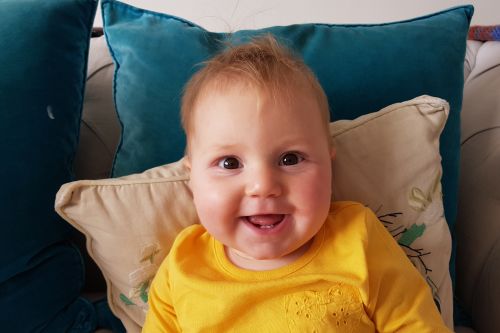 Can you spot the teeth? It’s been six weeks since Littlest B’s first tooth appeared and it wasn’t long before it was followed by another. They might look cute but they’re razor sharp and can do some serious damage – I’ve got the scars to prove it. Teething as well as weaning is in full swing and she might be smiling in #MySundayPhoto this week but there’s also been a lot of grizzling too (hers, not mine!) Luckily she was all smiles when we visited Mumsnet HQ for a bit of filming during the week. Although she didn’t feature in the video we were making she was definitely the star off camera! With a bit of luck I’ll be able to reveal the reason for filming later this week – watch this space!