If the very thought of conjuring up a Frozen cake fills you with dread, then read on.

It may sound like something best left to the professionals, but it’s actually surprisingly easy to produce a passable looking Frozen-inspired cake with a little help from good old Mr (or Mrs) Internet. 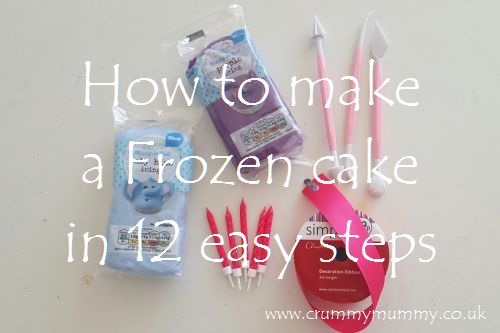 Last year, when BB declared nothing but a Frozen birthday cake would do, I didn’t have the guts to attempt an Arna or Elsa, so I took the easy option and made Olaf out of fondant icing instead.

This year I was a little braver and attempted Elsa, and I thought I’d share how I did it for anyone else thinking of taking the plunge.

I started by baking two chocolate sponge cakes, a 10” and an 8”, and filled them with chocolate icing. 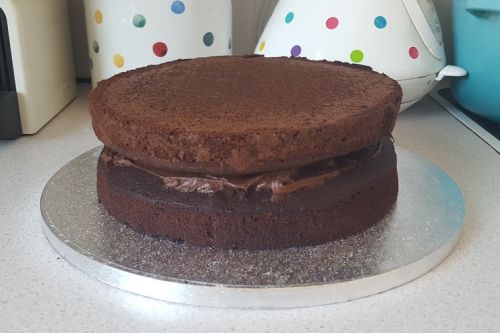 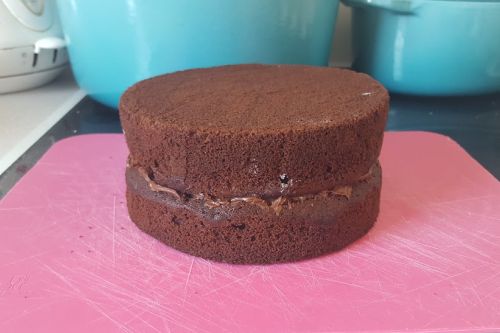 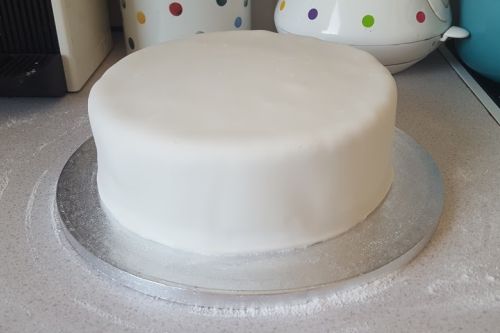 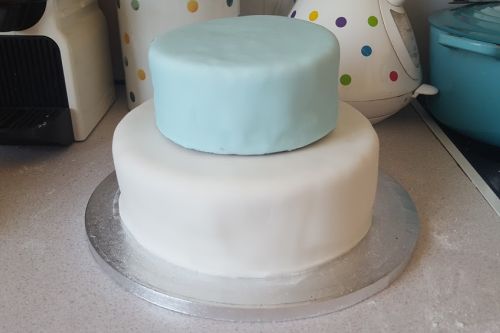 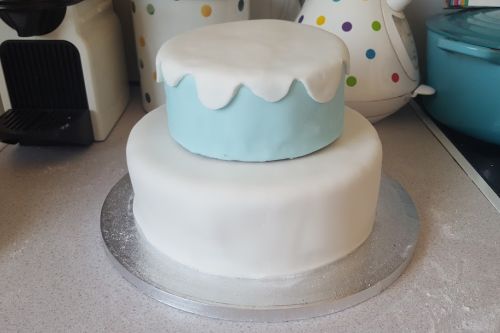 How to make Elsa out of fondant icing

Now for Elsa. I searched Pinterest for fondant icing Elsa’s and found this great example which I used as my template (what I mean is I copied it). 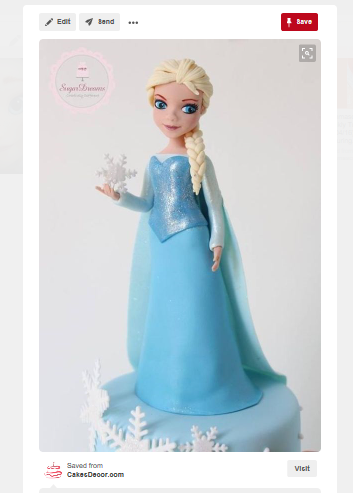 I started by shaping the base of Elsa’s skirt out of white fondant icing (don’t worry if you get bits of sponge in this, it’s not going to show) and I moulded the shape of her upper body in light blue icing on top of that. 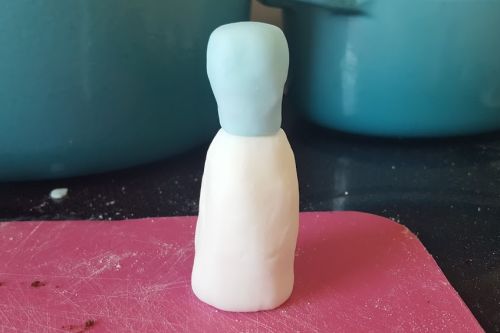 I stuck a cocktail stick in the base and attached her to the top of the cake. I then added her skirt by wrapping a blue piece of fondant icing around the base. 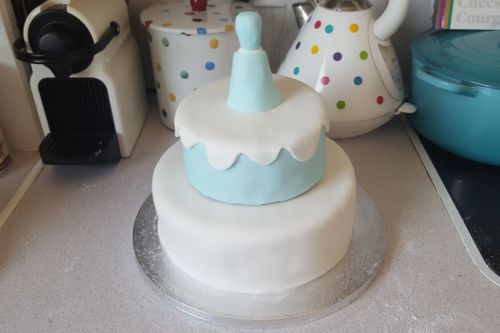 And I added her bodice by wrapping a darker blue piece of fondant icing around the top. 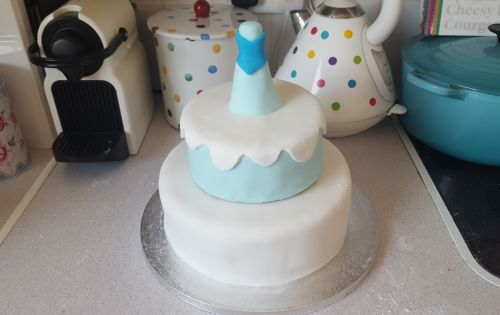 I then added arms, hands, and her head (again skewered on with a cocktail stick – I didn’t bother with a neck as I wasn’t sure it would support the head), before adding her cloak in the darker blue fondant of the bodice. 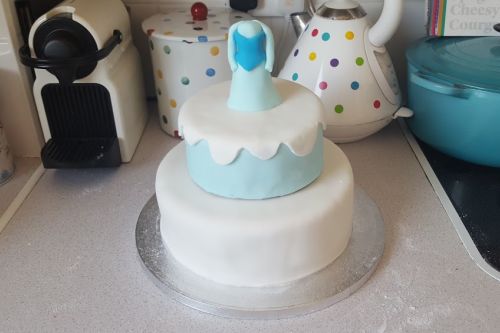 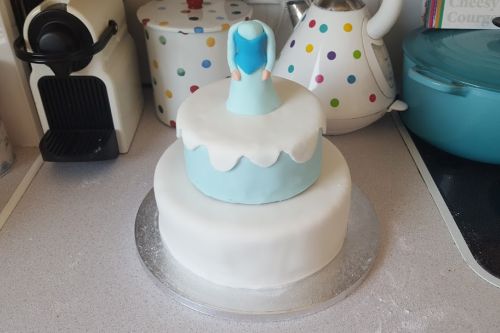 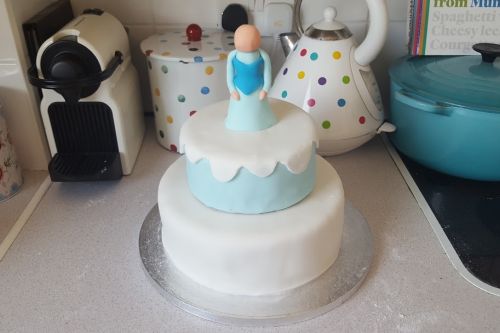 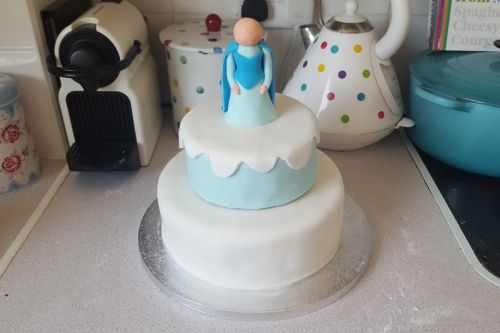 Now comes the tricky bit: making Elsa’s face actually look like Elsa, which is easier said than done. I started with the hair, building it up with layers of rolled yellow fondant, before plaiting three rolls, attaching it at the back, and bringing it round over her shoulder. 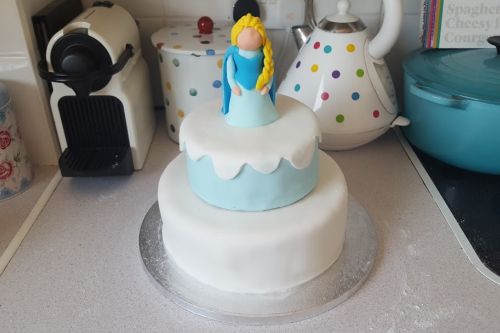 I then made her eyes, nose and mouth out of white, blue, black and pink fondant, and attached those. 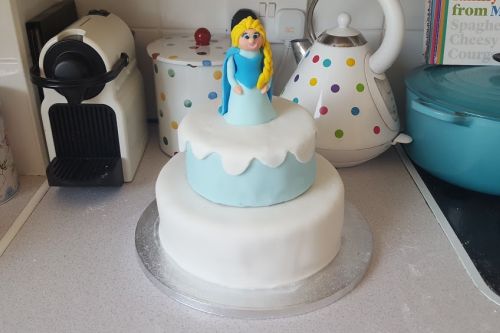 With Elsa complete it’s time to add the finished touches. First I trimmed the bottom of the smaller cake with little white snowballs. 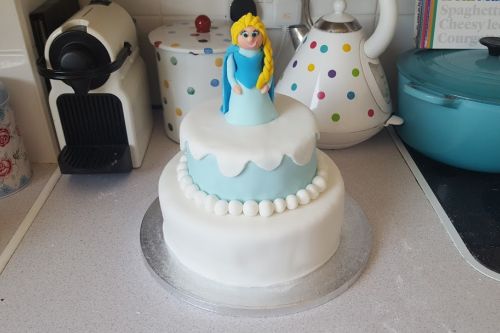 Then I decorated both cakes with shop-bought blue and white snowflakes before adding a pink satin ribbon to the bottom cake, and of course the all-important candles. 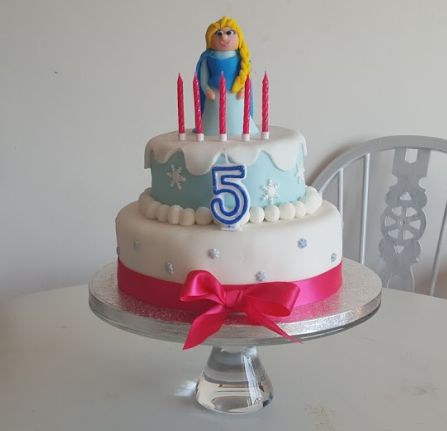 Admittedly Elsa looks like she’s put on rather a lot of weight (she bears more than a passing resemblance to Shrek’s Princess Fiona) and it turns out the neck probably was quite important after all, but I don’t really think it matters.

BB loved it, and appeared genuinely blown away, and to see that look on her face was priceless.

So if you’d like to have a go at a cake but are worried you can’t, I say just do it: what’s important is that mummy (or daddy) made it and you had a go, even if Elsa/Princess Sofia/Superman ends up looking nothing like the picture you copied him or her from. 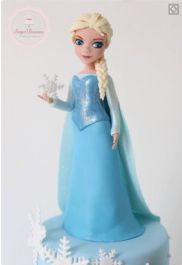 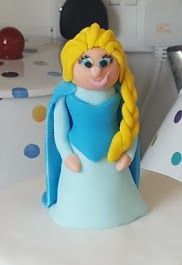 Who cares? There’s no such thing as perfect, anyway.

Have you ever made a character birthday cake? How did it turn out?