Not that sort of news, but I’ve got a little bit of news nonetheless.

Remember when I wrote a post about why I feel like a little part of us is missing? 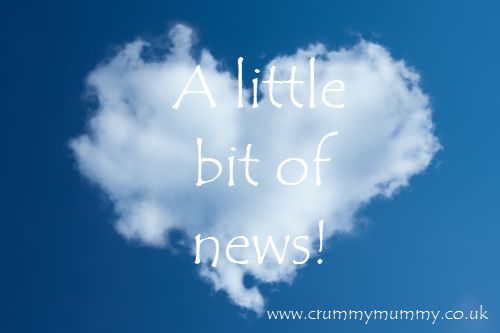 If you missed it here’s the story in a nut shell: Misery Guts goes swimming in the sea in front of our house, loses his wedding ring, we feel gutted, we put up signs and search for it but deep down know we’re unlikely to see it ever again, even though it’s probably rolling gently backwards and forwards on the sea bed just yards from our front door.

But what really got to me was that it was the ring that was placed next to mine and blessed on our wedding day in one of the most famous and historic churches in the world – St Paul’s Cathedral in London – and although we could replace the ring we couldn’t replace the blessing or that moment in time. 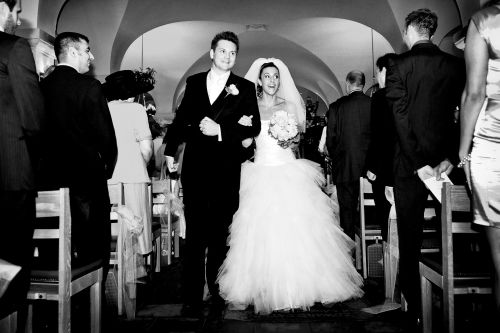 Well. I’ve got a little bit of news.

We haven’t found it, but it’s the next best thing.

We called our insurance company straight away and I’ve been amazed at how swiftly and efficiently they dealt with our claim.

So swiftly in fact that it wasn’t long before I realised there was a small chance we may have a new ring back in time for my brother’s wedding – at St Paul’s Cathedral in London.

And if we had a new ring back in time for his wedding at St Paul’s Cathedral, then we could ask the canon conducting his ceremony to bless the new ring in the very same place we had ours.

It was touch and go at times, and it’s only thanks to the hounding of the jeweller to the manufacturer, but the new ring did indeed arrive the morning we left for London for my brother’s wedding weekend. 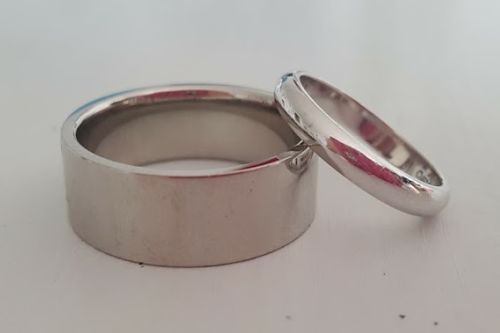 With the ring safely stowed in my pocket I explained the sorry tale to the canon at the rehearsal, and asked if she would mind quickly blessing the new ring.

But she wasn’t having any of it.

She insisted I come back with Misery Guts the following day, before my brother’s wedding ceremony was due to start, when she would take us to the altar, bless the new ring properly, and read that bit of the marriage service again.

So that’s what we did.

We stood at the altar of the chapel where we first said our vows, read the ‘I give you this ring as a sign of our marriage’ bit again, and the canon blessed the new ring in exactly the same way the first one was done.

So now I no longer feel like a little part of us is missing. And as the saying goes, all’s well that ends well. 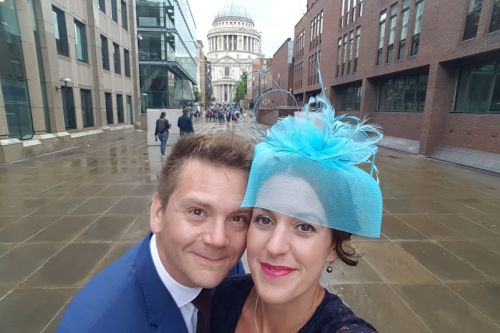