On January 1st this year I had 1,000 Twitter followers. On May 1st I crossed the 2,000 follower mark, meaning I’ve doubled my Twitter following in the space of four months, or 16 weeks.

If you’re one of those people with thousands of followers the numbers probably don’t sound that impressive, but as someone who sat at around the 200 follower mark this time last year the figure represents quite significant growth.

Twitter had always been my least favourite form of social media, mainly because I didn’t really understand it – or how to use it. Until now, that is. 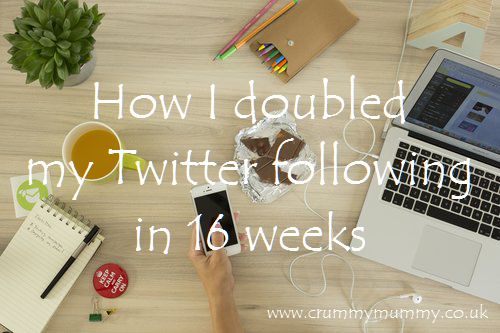 I realise this post may have a whiff of teaching your grandmother to suck eggs about it, so please feel free to look away now, but if you’re just starting out in the blogosphere and looking to grow your following I thought I’d share how I doubled my Twitter following in 16 weeks:

1. Use Twitter for the purpose in which it was intended. When I first started tweeting I wasn’t actually tweeting – I linked my Twitter account to WordPress Publicize and each time I published a post it automatically tweeted it for me. While this is a great idea in theory, the reality is that unless your headline is within Twitter’s 140-character limit your title will get cut off, and not make a lot of sense at all. Much better to manually tweet yourself, or use a social media management system like Hootsuite to schedule your tweets.

2. Add pictures to your tweets. Adding an image to your tweet will bring it to life and make it stand out from the crowd – and the reams of other tweets in your followers’ feeds. If, like me, you add text to your images you can also use your picture to say a lot more than just the words in your tweet. 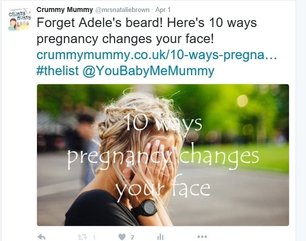 4. Share other people’s content as well as your own. It’s one thing to promote your own content, but sharing tweets or content from other users because you like it or because it speaks to you not only helps you feel part of the Twitter community, you’ll find that other people repay the favour. And don’t forget to thank them!

Of course I realise these are the absolute basics of tweeting and I’m probably telling many of you what you already know, but I wish someone had taken me through these steps when I first signed up to Twitter.

Now Twitter is one of my favourite forms of social media because not only do I understand how to use it properly, I enjoy using it. And if I can help just one person I think that will be a good thing!

Do you enjoy using Twitter? Do you have any tips to add?