This is a story about type 1 diabetes, a 150-mile foot race across the Sahara Desert and an unlikely cover star.

And it features our very own Misery Guts, aka Daddy here at Crummy Mummy HQ. 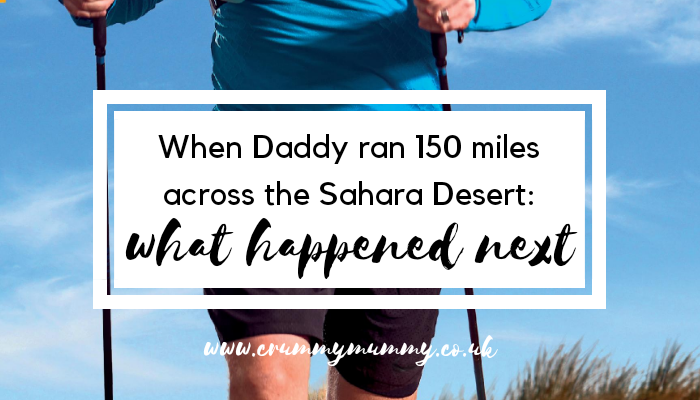 It’s been almost eight weeks since Misery Guts completed the Marathon Des Sables, dubbed the toughest foot race on earth, and while you probably know all about it if you follow me on Instagram, it’s not something I’ve really touched on in too much detail here on the blog.

To be honest, in the weeks that followed, I wasn’t really sure what to say. I was – and still am – in awe of the undertaking, waking up in the morning and remembering that he’s actually done it, my type 1 diabetic husband ran 150 miles across the Sahara Desert and smashed it.

When life gives you lemons, make lemonade That’s the phrase that springs to mind as I stood in the middle of the Sahara Desert today (not a sentence you say everyday ) & watched my type 1 diabetic husband cross the finish line of the @marathondessables after running 150 miles across it ‍♂️‍♂️ There was a blind man who ran all 150 miles with a guide, a man with terminal cancer given 2 years to live 4 years ago, a son who broke his back 10 years ago taking part to mark the anniversary, a woman with only one real leg – the list goes on. Yet they all did it – the toughest foot race on earth ‍♂️‍♀️‍♂️ Feeling very humbled, very proud of Misery Guts & very relieved it’s all over #mds #marathondessables #t1d #T1Dawarenes

The weeks that followed have also been a flurry of post marathon activity neither of us bargained for, and I thought now would be a good time to share what happened next.

‘Do what you can’t’ is among Misery Guts’s reasons for attempting the Marathon Des Sables after a lifetime of being told what he can’t do owing to having a chronic condition – type 1 diabetes – for which there is currently no cure.

He ran the race for three diabetes charities: Diabetes UK, which supports diabetics here in the UK in all aspects of their lives; T1 International, which saves the lives of diabetics in parts of the world with no access to insulin; and JDRF, which funds research into improving the lives of type 1 diabetics and finding a cure. So far he’s raised almost £4,000 and – somewhat surprisingly – the figure keeps going up.

Since crossing the finishing line of the Marathon Des Sables his story has been picked up by Diabetes UK, who have not only made him the cover star of their latest members magazine, but sent a camera crew to make a short film all about it. 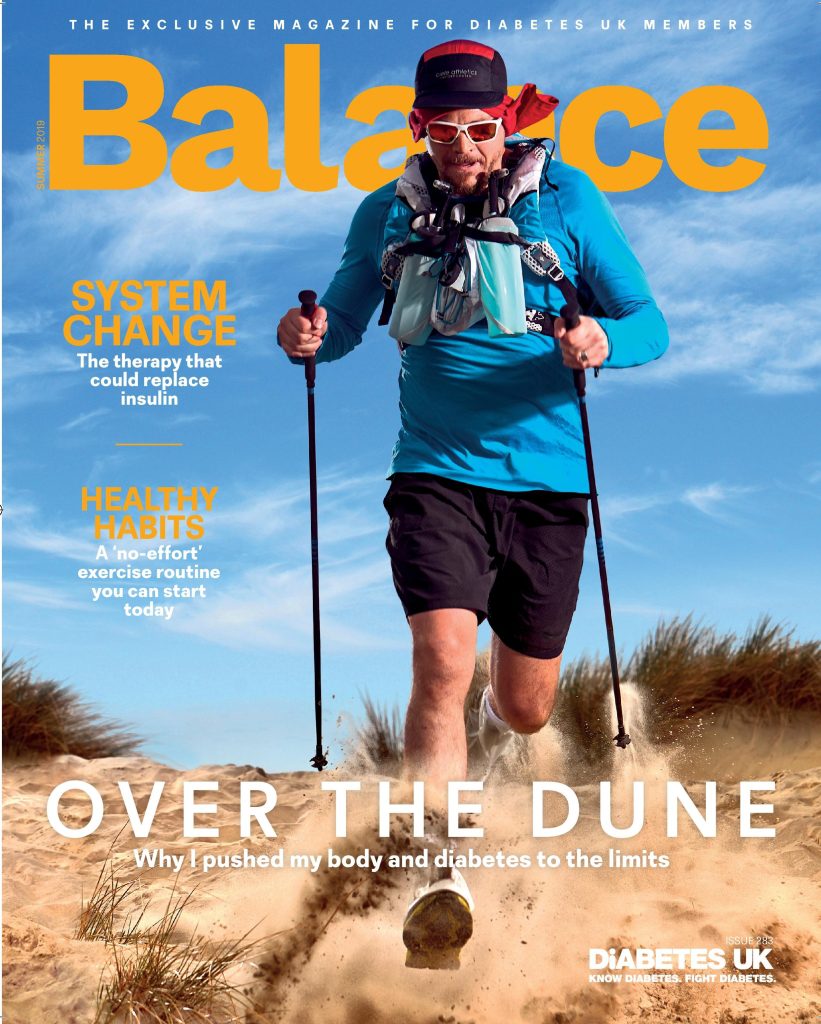 He’s rather embarrassed by his 15 minutes of fame, but I’m not: if I were a newly diagnosed type 1 diabetic, or the parent of one, what he’s achieved proves the disease doesn’t have to be a life-limiting one.

It hasn’t been an easy journey – it took three years training (him), weekend after weekend of being a running widow with three kids to look after (me) and blood, sweat and tears (both of us). There were moments in the run up to the race when I seriously questioned whether he would even make it to the start line, never mind the finish line.

But now it’s all done I’m so proud of him and it’s time to bathe in the glory. Which in this case means being the lead story in Diabetes UK’s Balance magazine and starring in a short film on Diabetes UK’s YouTube channel. There’s a call to action at the end: ‘why not push yourself to achieve a life-long goal?’ and I’m so pleased the positive spin Diabetes UK has put on his story (you can watch it below, it’s only three minutes long).

If his story inspires just one other type 1 diabetic to achieve their life-long goal then I think that’s pretty amazing. And I can’t think of a better role model for our children than that. 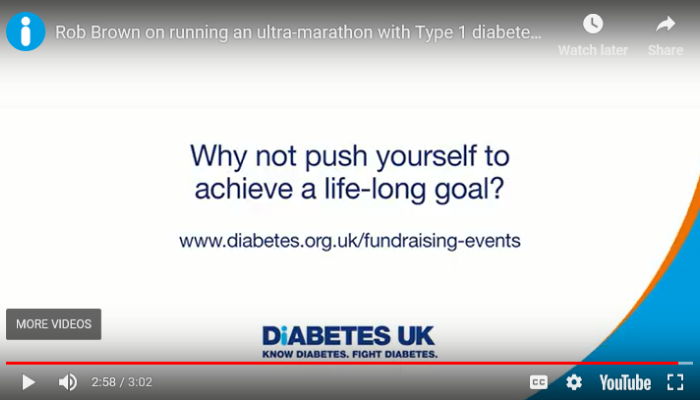