Could you cope with a sudden death? 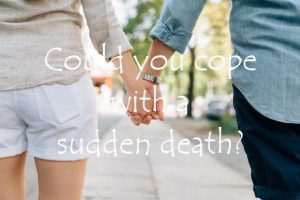 A few weeks ago one of our neighbours died. She had a brain tumour and was responding well to treatment, but then she got pneumonia and suddenly that was it. She leaves a husband and two children under seven, a son and a little girl BB’s age.

I only really knew her by sight and we’d spoken on a handful of occasions, but I can’t stop thinking about it. One week I saw her jogging down the road to go for a run, like she always did, and the next she was gone. Just like that. She didn’t even look ill.

To say we haven’t planned for such an eventuality is a massive understatement. When BB was born in 2011 we both took out life insurance, but that’s as far as it goes.

We haven’t made wills – I assume if one of us were to die the money would go to the other but I don’t actually know that – and if we were both to go at the same time I have no idea what would happen to the money. Or the kids. Would the money go into a trust for BB and Little B? Should we set one up? Presumably we ought to decide who we’d want to look after the children?

All of this has made me realise we really ought to do something about it, and I know having a plan in place would make things easier in the long run if the unthinkable were to happen. So it was timely when Coles Solicitors got in touch to see if I’d be willing to write a post about the importance of probate law.

I know it’s something most of us would rather not think about but having a plan in place does offer peace of mind. They have probate solicitors who can sort it all out for you – will writing and Power of Attorney to allow family and friends control over your affairs, and they can also help with all the loose ends there are to tie up if you’re left dealing with a death like bank accounts, property and share certificates.

You don’t even have to go to them – they can visit you at home or organise everything online or over the phone and the first meeting is always free.

We definitely need to make time to look into this and while it’s a daunting task it’s good to know there are companies out there who can help with everything.

Do you already have plans in place or is this something still on your to-do list? Could you cope with a sudden death? 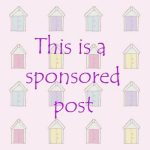