There’s something that’s really been getting my goat lately. Well, there are lots of things, but this thing in particular is really making me steam: the use of the acronym AIBU. (If you don’t know what that means, lucky you – it stands for ‘am I being unreasonable?’)

AIBU is everywhere – permeating social media, clogging up my inbox in the subject line of blog posts and Mumsnet Daily updates and basically driving me insane. 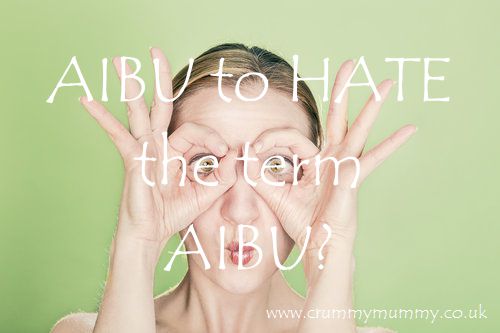 At the risk of alienating my entire readership, I blame the early Mumsnetters with their DSs and DDs (darling sons and darling daughters). Slowly but surely two letter acronyms have become three, four and even five letters, to the point that you spend your whole time googling what they mean in order to understand what on earth someone is talking about.

These are just a few acronyms I’ve found myself googling lately:

AFAIK – as far as I know

FWIW – for what it’s worth

IIRC – if I remember correctly

I realise being as concise as possible is the name of the game, particularly when you only have 140 characters or less in order to say what you want to say, but is this really what the world is coming to?

The reason AIBU particularly winds me up is that in almost every case I’ve seen it used the person isn’t, in fact, being unreasonable – or not in their eyes anyway. So why ask if they’re so certain they’re right?

‘AIBU to think that a potty in a trolley is a step too far’. No, you’re not being unreasonable. That’s disgusting.

‘AIBU to think that you don’t make a phone call after 9pm just for a chat?’ No, you’re not being unreasonable. Unless someone is dead or dying.

‘AIBU to leave my drunk, vomiting husband to it?’ No, you’re absolutely not being unreasonable. It serves him right.

You see the theme. Obviously I’m being a tad hypocritical, as I have used AIBU not once but twice in the title of this post…

What do you think? Do you use the term AIBU, or do you, like me, hate it? AIBU?!

‘AIBU to ask for a short term loan that doesn’t cost a fortune?’ No you’re not! Try NowLoan.co.uk!