5 things we could all learn from Patsy & Eddie

Last week I had the honour of seeing the new Absolutely Fabulous movie the day before it was released thanks to the nice people over at Diet Coke, who laid on a special screening at a posh London hotel with lashing of champagne (it’s a tough job, but someone’s got to do it!)

I was so excited, so excited in fact that I was worried I had bigged the film up too much in my mind and it couldn’t possibly be that good. It was even better. I’m not going to spoil it by giving away the plot, but if you were an Ab Fab fan back in the day then this really is a must-see. 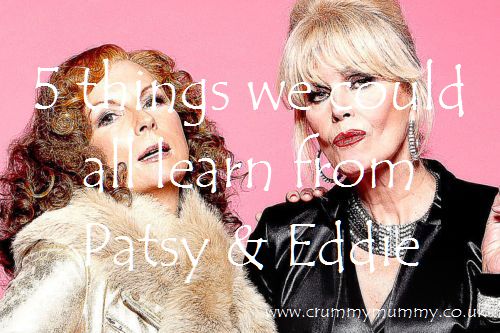 It occurred to me, while watching the film, that there are some important lessons we could all learn from Patsy and Eddie, things that would make life that little bit easier.

5 things we could all learn from Patsy & Eddie

1. A champagne fridge in the kitchen is an excellent idea. Afterall, a bit like a nice cup of tea, there isn’t much that can’t be solved with a nice cold glass of champers, is there sweetie darling?

4. We should all sleep in until 11am more often. Possibly later.

5. We all need one enduring friendship. Patsy and Eddie might be each other’s own worst enemy, but they’re also each other’s rock. The one constant in their lives, and the one person they can turn to no matter what’s going on. Which is all you really need when you think about it.

I went to see the new movie with my sister-in-law-to-be, and here we are channelling our inner Patsy and Eddie. 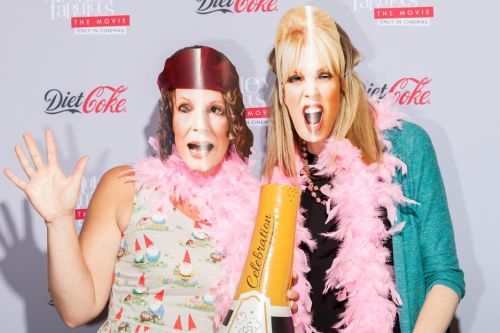 Have you been or you will you be going to see the Absolutely Fabulous movie?