I love a good day out.

We’re lucky enough to have Drusillas Park in East Sussex on our doorstep – if you haven’t been Drusillas is an award-winning zoo between Brighton and Eastbourne where you’ll find animals, rides and lots more. 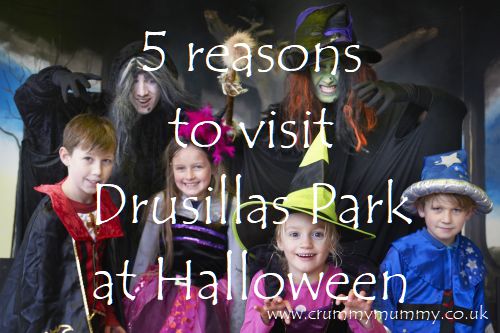 If you’re considering a trip or looking for some half term fun here’s 5 reasons to visit Drusillas Park at Halloween.

1. You can use it as a bribe. If you live in East Sussex like we do we have a two-week October half term this year. Two weeks! And if you’re a stay-and-work-at-home mum like me the chances are you’ll be going batsh*t mental by the end of the first week and you’re going to need some days out planned. And there’s nothing like the prospect of a day out to use as a bribe.

2. There’s something for all ages. From tattoos and face painting for the easily spooked younger ones to a twisted terror maze with real-life mummies for the older ones, you’ll find something to keep the whole family happy. 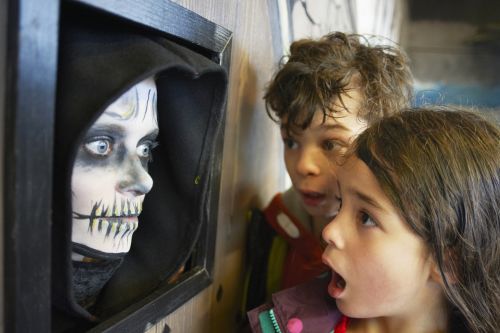 3. There’s a haunted house. The park’s tower is transformed into Haunted Heights, the home of witches Hocus & Pocus with cobwebbed corridors and a trap door hiding a ghostly secret. BB can’t wait.

4. They can touch creepy crawlies. The park’s Discovery Centre is home to mini monsters including insects, spiders and slimy molluscs which the kids can touch. And if you’ve got your own mini monster like I do the chances are they’re going to love it. 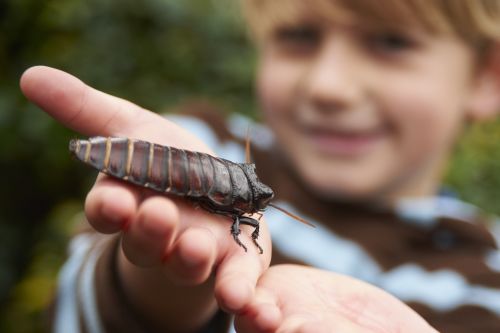 5. You can meet Scooby-Doo. Scooby-Doo will be making appearances throughout the day on Wednesday October 25 – and who doesn’t love a bit of Scooby-Doo?!

Have you been to Drusillas Park before? Do you have any days out planned over October half term? I’d love to hear your recommendations!

Tickets to Drusillas Park during Shriek Week 2017 start from £68 for a family of four when booked in advance (under 2s are free). For more information click here.