If you’re two and totally obsessed with Thomas the Tank Engine the chances are life doesn’t get much better than a trip to Thomas Land.

But if you’re knackered parents living on a permanent budget at the opposite end of the country the chances are a trip to Thomas Land isn’t something to be taken lightly. 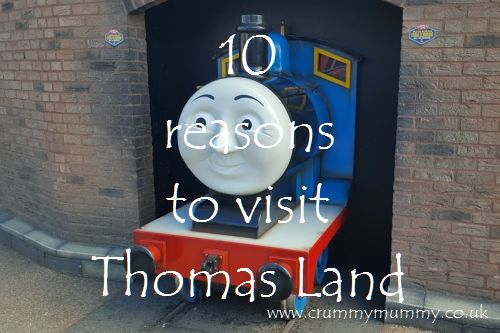 So how do you know if it’s worth it?

We took BB (five and not that bothered about Thomas), Little B (two and totally obsessed with Thomas) and Littlest B (seven weeks with no clue who Thomas is) to Thomas Land at Drayton Manor Theme Park in Tamworth, Staffordshire, and here’s what we discovered.

1. It’s the only one in Europe. Thomas Land is the only theme park of its kind where you’ll find rides featuring all the famous Thomas the Tank Engine characters. Ride on Thomas, Rosie and Percy, fly in Jeremy Jet at Sodor Airport and new for 2017 is James and the Red Balloon, where you can fly in the sky in your very own red balloon. 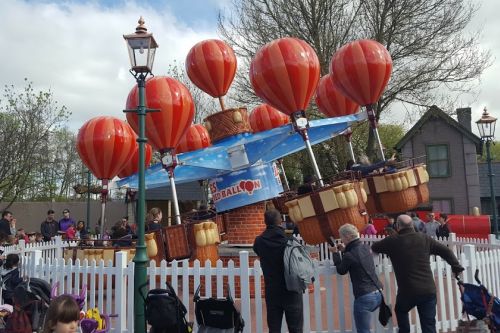 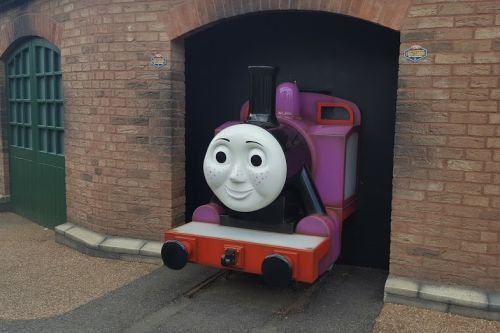 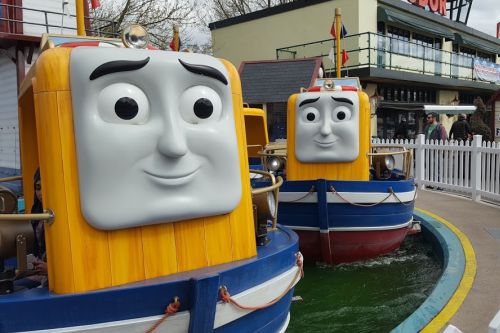 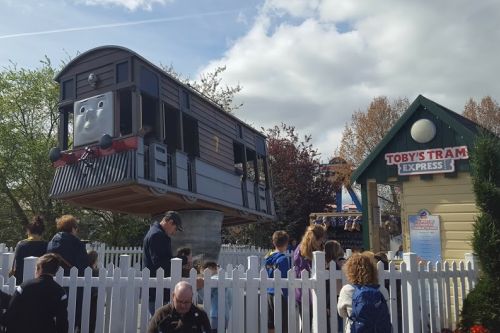 2. It’s a great bribe. Just like LaplandUK you can use the impending trip as a threat for weeks. I’ve lost count of the number of times I said ‘if you don’t do x, y or z then there’s no going to Thomas Land’ before our visit. 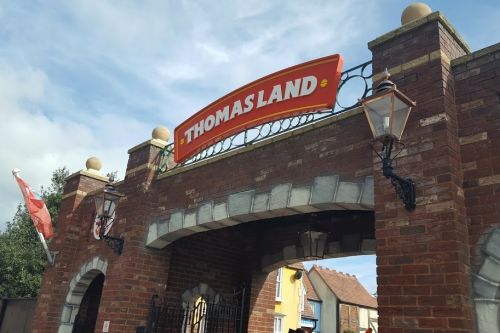 3. It’ll make all their dreams come true. I just wish I’d managed to capture on camera the look on Little B’s face as we drove up to the park and he first caught sight of the Thomas Land sign. He couldn’t believe his eyes. 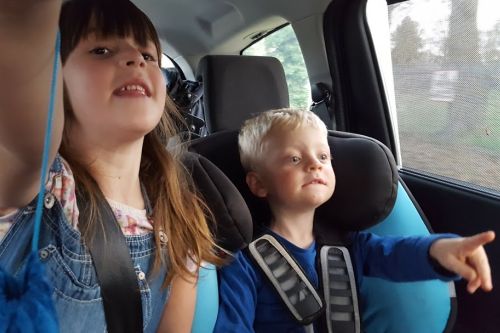 4. There’s a hotel on site. If it’s too far to travel there and back in one day the Drayton Manor Hotel is a four star, family-friendly hotel right by the gates. You’ll find Thomas-themed rooms, kids entertainment and breakfast is included. It’s a bit manic – think hundreds of over-excited kids and over-wrought parents – but that’s to be expected. Shop online for the best deals but expect to pay around £260 for interconnecting rooms.

A post shared by Natalie Brown (@confessionsofacrummymummy) on Apr 9, 2017 at 3:03pm PDT

5. There are rides for all ages. From gentle train rides for babies and toddlers to the faster Troublesome Trucks Runaway Coaster and Toby’s Tram Express, you’ll find rides for both big kids (me) and little kids (BB). 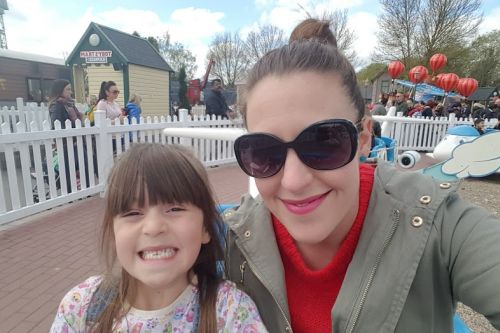 6. There’s plenty of space. And benches. I don’t know about you, but I hate being jostled along with a crowd, and even worse is having nowhere to sit, especially when you’re waiting for the other half and the kids to queue for and go on a ride or you’ve got a baby who needs feeding. Here you’ll find ample space between each attraction, with lots of places to sit down and breastfeed in private even though you’re in public. 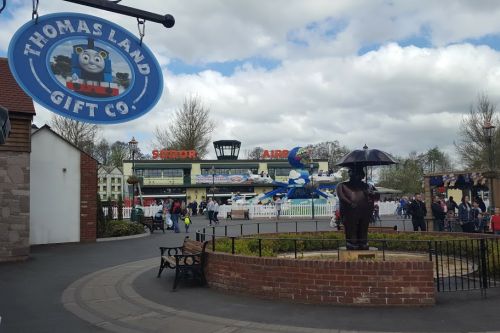 7. They sell rainbow cake. Which, quite frankly, is a good enough reason to visit anywhere. 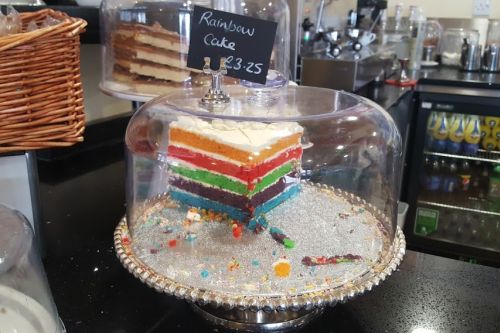 8. Tickets (£39 for adults, £29 for children aged four to 11 and £7 for children aged two to three) gain you entry to the whole of Drayton Manor theme park. There’s a zoo, roller coasters, a haunted house, 4D cinema and a big wheel to name but a few. For some reason Misery Guts was rather taken with the Drunken Barrels teacup ride. 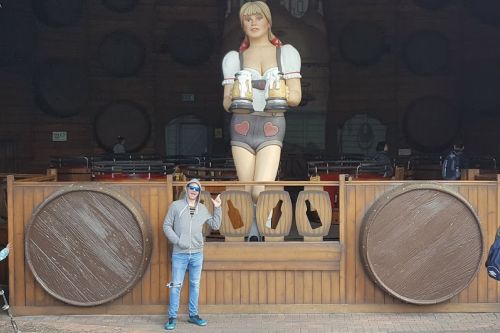 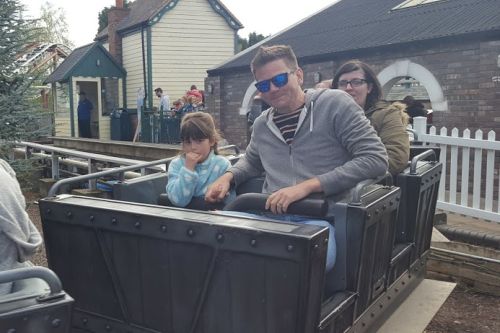 10. It’ll tire them out. We had peace and quiet all the way home (note Little B clutching his new Thomas toy) – and the next day they were surprisingly chilled out, happy to sit on the sofa looking at the videos I’d taken and remembering the day. 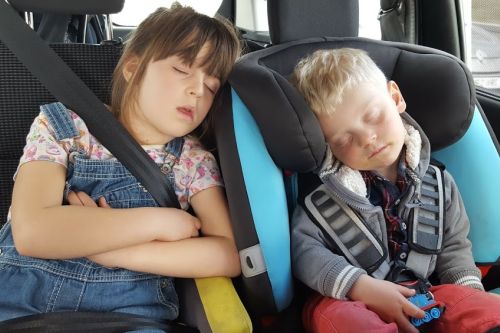 If you’re staying at the Drayton Manor Hotel, take your Thomas trains with you. They have a train track in the restaurant but you have to hire trains from reception in order to use it. And check your child’s height on the height chart at the start of each ride – don’t do what we did and queue for 45 minutes only to discover one of them is too small to ride.

Have you ever been to Thomas Land? Is it somewhere your kids would love and would you consider going?

We received tickets to Thomas Land free of charge in exchange for this review. As always all opinions are my own and based on my own honest experience.