That’s what Misery Guts said to me when he crossed the finish line of a 66 mile ultra marathon around the Isle of Wight. 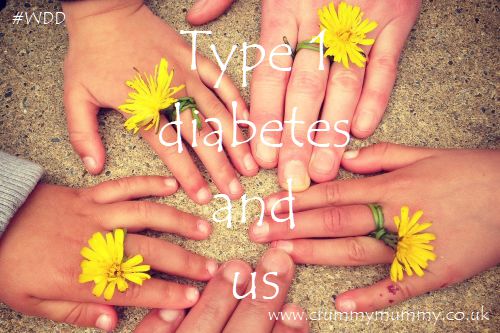 I felt like a huge weight had been lifted off my shoulders. And I don’t even have diabetes.

That’s the thing about diabetes: it doesn’t just affect the person who has it, it affects the whole family.

I don’t often talk about diabetes here on the blog – I mention it in passing now and again – but to mark World Diabetes Day, which falls on November 14 each year, and to raise awareness of a condition which affects 400,000 people and their families in the UK alone, here’s a little bit more about Type 1 diabetes and us.

For most people running a marathon – that’s 26.2 miles – is a lifetime achievement. But for Misery Guts 66 miles around the Isle of Wight is the first step towards an ultimate goal: the Marathon De Sables, a 150-mile ultra marathon across the Sahara Desert in Africa. 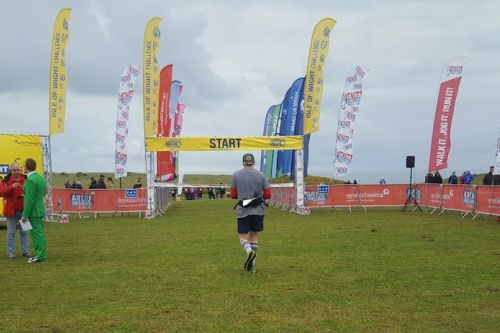 If you’re thinking  why on earth does he want to do that you’re not the only one.

Misery Guts was diagnosed with Type 1 diabetes when he was 13 years old. Type 1 diabetes is an auto immune disease for which there is currently no cure, meaning all you can do is manage it.

The pancreas produces little or no insulin (as opposed to Type 2 diabetes when the body produces some insulin but not enough), the hormone the body needs to turn sugar into energy, so type 1 diabetics must inject it instead. That means monitoring your blood sugar level to make sure it stays in the normal range, and giving yourself insulin to turn your food into energy. Simple, right?

Sadly it’s anything but.

It means pricking the tip of your finger up to 10 times a day every day for the rest of your life to check what your blood sugar level is, so the ends of your fingers become hard with the puncture wounds.

It means injecting yourself with insulin when you eat, when you go to bed and when you wake up, so that over time your skin becomes mottled and hard from the constant needles.

It means working out the correct level of insulin to give yourself based on what you’re eating and your activity levels, and guessing what’s right when you’re not quite sure what’s in the food you’re going to be eating, or when you’re stressed and your body releases the hormone cortisol, sending your blood sugar level all over the place.

It means having a hypoglycemic attack if your blood sugar level drops too low, causing fitting and convulsing as your body starts shutting down.

It means running the risk of doing serious damage to your heart and other vital organs if your blood sugar level runs too high. It means not sleeping alone because if you do have a hypoglycemic attack, there’s a risk you might not wake up.

It means giving up childhood dreams – in Misery Guts’s case a career in the military. It means never, ever being allowed to forget that you’ve got a condition that governs almost every single little thing that you do. 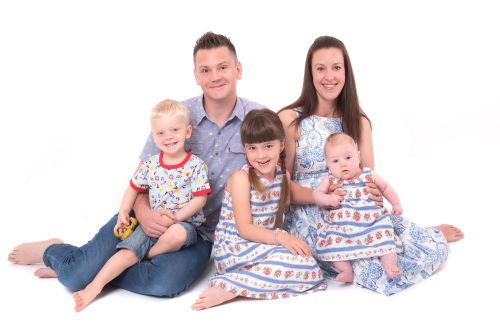 The first time this really hit home was when I was about six months pregnant with BB. It was three o’clock in the morning and Misery Guts was having a hypoglycemic attack.

As his body shook and convulsed I tried to get him in the recovery position as I waited for the ambulance to arrive, and at the same time I had to protect my bump from flailing arms and legs.

I had to protect my bump from diabetes.

A few months later in the delivery suite at the hospital it was me asking Misery Guts if he was alright as I breathed through contractions in the middle of the night because anything out of the normal routine plays havoc with blood sugar levels. There were more snacks in our hospital bag for him than there were for me.

And a few years after that, with three children now on the scene, life is a delicate balancing act of juggling blood sugar levels with family life.

The reason I gave Misery Guts the tongue-in-cheek pseudonym Misery Guts here on the blog is because it’s true: he can be a miserable s*d at the best of times.

But there’s a serious side to it too. You’ve heard the saying ‘I was so angry my blood was boiling’ – well with Misery Guts his blood really is boiling when his blood sugar level is too high.

So when he’s losing his patience with the kids, and snapping at them (or me) for something they’ve said or done, it isn’t daddy talking, it’s the diabetes. And it’s really important to me that the kids know this.

You can’t beat diabetes, of course. But if running makes Misery Guts feel like he’s beating it – even if it’s just for one hour, or one day, or one week after each race – as far as I’m concerned he can keep on running. 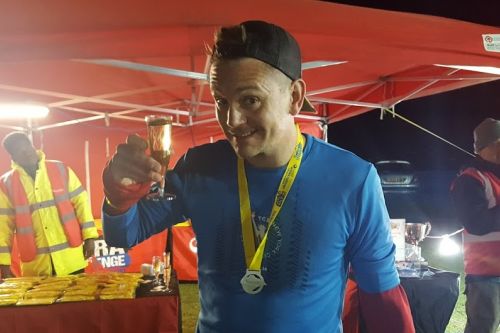 So that’s what goes on behind our door – and behind our smiles. Do you have type 1 diabetes or know someone who has? Does any of this sound familiar? I’d love to hear about your experience.

If you’d like to know more about Misery Guts’s quest to run 150 miles across the Sahara Desert he’s blogging about it over at Diabetic Dad Runs. And if you’d like to support World Diabetes Day search for the hashtag #WDD online and like, share and retweet what you find. You can even share this if you like!