I’ve always been a bit anti technology aimed at kids (apart from the TV, which as a stay-and-work-at-home-mum I couldn’t survive without, and therefore doesn’t count).

We don’t have DVD players strapped to the back of our headrests in the car, the kids don’t have their own tablets or iPads and they don’t have iPods or headsets either, because I’ve always been of the opinion they’re probably going to spend enough of their lives glued to screens and plugged in as it is. 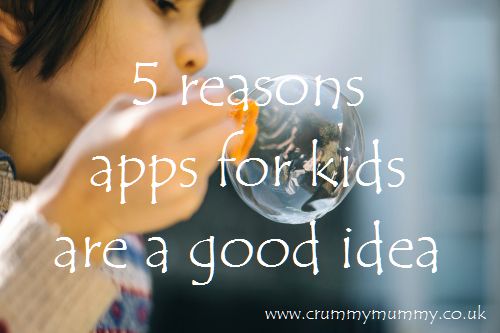 Until recently, that is. It all started in the May half term holiday when the Tiny Pop TV channel ran a My Little Pony competition which involved drawing a picture of your favourite My Little Pony, taking a picture of it and sending it in via their app for the chance to see your picture featured on TV.

BB was so excited at the prospect I couldn’t say no, so against my better judgement I downloaded the app so she could take part. I don’t know why I didn’t do it earlier. The app has been a godsend, and my phone now includes both the Tiny Pop and CBeebies Playtime apps (free) and the KidloLand app (from £3.99 depending on how long you subscribe for). Here’s why:

1. When they wake up at silly o’clock you can simply feel for your phone in the dark, open up an app and you’re probably good to doze for another half an hour. (Just remember to turn the volume down otherwise you’ll get a rude awakening). 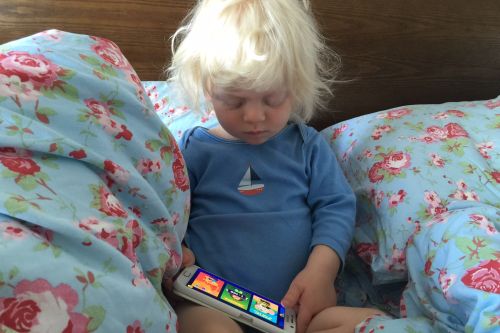 2. They can save you from public meltdowns. The good thing about being armed with apps when you’re on-the-go is that you can whip out your phone and divert their attention away from whatever it is they’re objecting to. Think post office queues, bus journeys, the supermarket and doctor’s surgeries.

3. They encourage creativity. The Tiny Pop app has a function in which you can draw your own pictures on the screen and embellish them with stickers, while CBeebies Playtime has a Make a Picture colouring game – at almost five years old BB loves them.

4. They can be educational. The KidloLand app features more than 500 interactive nursery rhymes, songs, activities and games for babies and children up to five. I’ve never come across anything that’s kept Little B (20 months) absorbed for so long. All the old favourite nursery rhymes are on there, including verses I didn’t know the words to – so I’ve learnt something new myself! 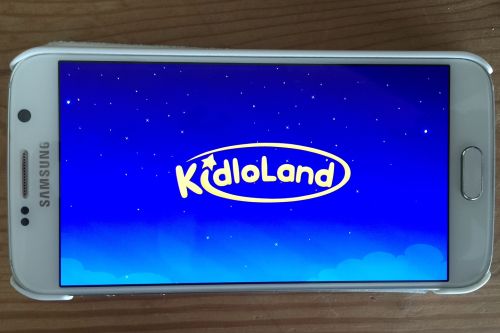 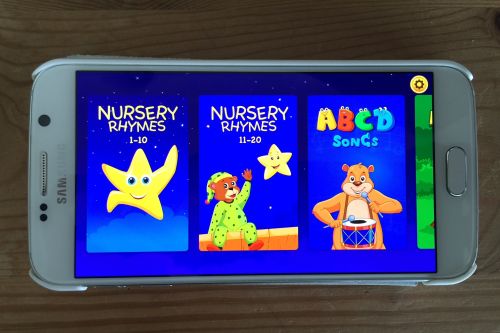 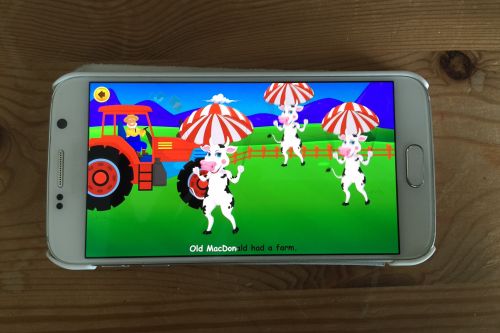 5. They’ll spare you from whingy car journeys. You know the ones, where you’re twisted around in your seat putting your back out even more than it already is trying to pacify one or more objectionable children.

Do you use apps with your kids? Which are your favourites?

KidloLand is available through Apple, Google Play and Amazon and costs £3.99 for one month, £18.99 for six months or £29.99 for one year and there’s a free 7 day trial so you can try before you buy. We were very kindly given a year’s subscription to KidloLand for the purposes of review, and as always all opinions are my own and based on my own honest experience.