What REALLY happens behind the scenes on This Morning 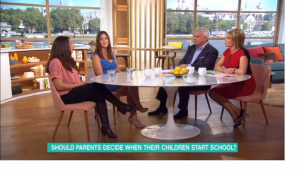 I’ve always wondered what goes on behind the scenes of a TV show, especially a live one. Since becoming a mum This Morning has been my constant companion during morning feeds, especially those cluster ones that can go on for 45 minutes with just a 10 minute break in-between.

So when I was asked to appear on the show as a mum of an August baby to talk about whether children should start school at four or five I was thrilled. It’s such an emotive topic and I was pleased to be part of the discussion. I was also thrilled because I’d get to see what goes on behind the cameras and how it all works.

Is it all a frantic dash between the sofa and the kitchen for the next shot? What are Ruth and Eamonn REALLY like? And what happens if you mess up on live TV?

Here’s what REALLY happens behind the scenes on This Morning:

1. The minute you arrive you’re made to feel like a star. A blacked-out BMW picked us up from Victoria station and whisked us across London to the studios, where paparazzi with long lenses were waiting at the gate (not to snap us though, obviously).

2. There are old props. Everywhere. Sofas, cardboard cut outs of people’s heads, micro scooters, cables – the basement of the building is an archive of TV history.

3. There really is a green room where the day’s guests gather. It’s got the show’s initials in giant light-up letters, pictures of all the presenters on the walls and a huge bowl of fruit and pastries on a table in the middle. 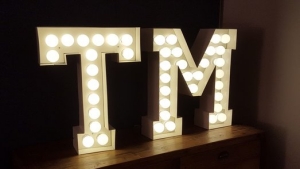 4. Everyone gravitates towards the kitchen. Despite having separate dressing rooms for the celebrities, within 10 minutes of arriving both Sir Terry Wogan and Bradley Walsh were in the kitchen with runners and crew talking about their holidays, their dressing rooms virtually untouched.

5. You’ll get free advice from hair and make-up. It doesn’t matter whether you’re an A-list celebrity or a humble mum, everyone gets their hair and make-up done before going on camera. My lovely lady told me I should be putting sun lotion on my chest as part of my skincare routine, and showed me how to curl my hair using straighteners (I’ll definitely be using her technique). 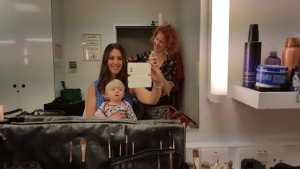 6. Despite being a live TV show everyone is calm and collected, moving around the studio during the ad breaks like clockwork. I imagined crowds of people behind the cameras, but it wasn’t like that at all. It actually seemed rather quiet.

7. Ruth and Eamonn were super professional: they’d been briefed on our stories beforehand and took the time to chat to us and check names and dates before we went on air. And Ruth’s nails are AMAZING. I couldn’t take my eyes off them.

8. As for messing up, the whole atmosphere was so calm and friendly I forgot the camera was there filming me at all.

I think it’s fair to say I caught the TV bug – all I could think when I was back at the school gates collecting BB is that I want to do it again. Soon.

I feel a spot of vlogging coming on…