The trouble with the ‘perfect’ birth

So far the saying has certainly rung true for us: BB and Little B couldn’t be more different, and nor could the way they entered the world. 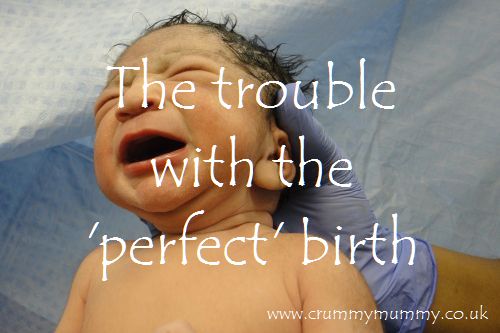 The trouble is, I’d like baby number three to arrive in exactly the same way Little B did. And I know the chances are they probably won’t.

The trouble with the ‘perfect’ birth

With d-day now imminent I’ve decided not to write a birth plan, mainly because of BB’s birth in 2011 which was, quite frankly, horrendous.

She was two weeks late and I was induced on the 15th day, which led to one intervention after another and not the sort of labour or birth I’d hoped for at all.

When Little B came along three years later I was determined things would be different: I had regular reflexology, including a session on my due date to try and induce things naturally, and I did pregnancy yoga in a bid to master breathing techniques that might mean I could have a drug-free labour and birth.

And it all went according to plan. Within 48 hours of my last reflexology session my waters broke, within 12 hours of that labour was firmly established and just a few hours later I had the water birth I’d always wanted with no drugs or gas and air at all.

Have you had more than one baby and were their births totally different or quite similar? I’d love to hear about your experience!