Top tips for birthday parties on a budget 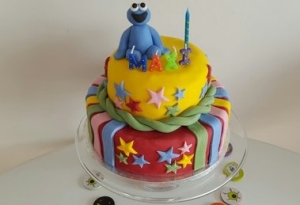 Seventy THOUSAND pounds. That’s how much Tamara Ecclestone is reported to have spent on her daughter’s first birthday party. Even if I had £70,000 I wouldn’t do it, because frankly that’s ridiculous.

We were on a real budget for Little B’s first birthday party at the weekend and what with having a big family, wanting to make it appear as though money was no object and making sure we do for him what we did for BB things soon add up, even when you stick to the basics like cake, sandwiches and balloons.

I was quite proud of myself for managing to stick to a shoestring budget, so I thought I’d share my top tips for birthday parties on a budget:

1. Instead of paying for personalised invitations make them yourself by adding wording and images to a word document, convert it into a jpeg image using a free online document converter then have it printed as a photograph – we’re talking 12p per print through Photobox, so £1.20 for 10 invites. 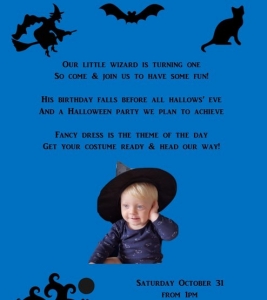 2. Use supermarket basic lines to make things like chocolate cornflake cakes. No-one will know and I really don’t think you can taste the difference. Asda’s Smart Price cornflakes cost just 25p per 500g box, compared to Kellogg’s at £1.75 per box. 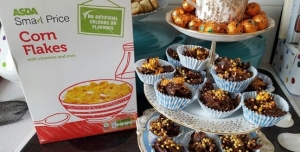 3. Ready-made sandwich fillers like tuna & sweetcorn and egg mayonnaise are often cheaper (and far less faff) than buying all the ingredients individually. Also, they’re often on mix & match offers such as two for £3.

4. Shop around for decorations. I bought a pack of three honeycomb Halloween baubles from Sainsbury’s for £3 only to discover almost exactly the same thing in Tesco for £1.50. Grrrrr. 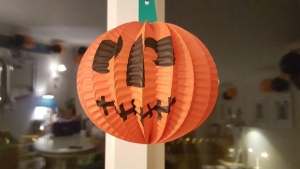 5. Set yourself a budget for food and drink and stick to it by shopping online. You can review your online trolley at the end and remove things to meet your budget, which unless you’re Carol Vorderman is hard to do in the supermarket, where you’re also more likely to be lured into over-spending by impulse buys.