Things they don’t tell you about being a parent 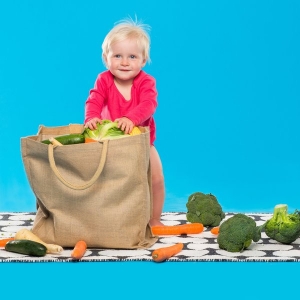 After the week from hell last week Misery Guts and I kicked off half term with a much needed spa break.

We left the kids with my mum and dad and hot footed it to Christchurch Harbour Hotel & Spa in Dorset for two days and nights completely child-free.

It’s been almost a year since we did anything just the two of us and the trip was a real eye-opener. It made me realise there are so many things they don’t tell you about being a parent.

1. After 360 days of broken nights it’s inevitable that the first chance you get to sleep through the night you’ll wake up at 2am, 4am and 6am. Possibly more.

2. If you’re going on a mini break you need two nights minimum because on the first day it’s really hard to relax. Your hands twitch as though they should be wiping/cleaning/strapping in/loading/folding or all five at once.

3. Going for a walk without a papoose, pram, pushchair, buggy board, nappy bag and/or bike or scooter is like walking on air.

4. When you hold hands you’ll remember how nice it is and realise you can’t remember the last time you made such a simple gesture.

5. You’ll also realise you can’t remember the last time you went out after dark, and how nice breathing in night time air is.

6. You used to be really good at not drinking on week nights, but then you became a parent and somehow the bottle of wine you glimpse in the fridge every time you open it is the only thing that gets you through the day. When you’re child-free you don’t even think about it.

7. You can eat breakfast, lunch and dinner uninterrupted with BOTH hands sans kids without getting up 15 times to wipe, repeatedly retrieve chucked food or get something else from the kitchen.

8. You can’t recall the last time you sat at a dressing table to do your hair, used straighteners without panicking about burns and social services or wore your hair down without it getting pulled or becoming a net for food. Ditto dangly earrings.

9. Without kids you actually dress for dinner, instead of being in your pyjamas by the time your other half gets home from work.

10. But of course you miss them like hell, wake up in the middle of the night wondering what they’re doing right now and count down the hours until you can open your arms and scoop them up Princess Diana-style and smother their big fat cheeks in kisses.