‘An exciting and heart-warming sci-fi comedy adventure that takes viewers from Mossy Bottom all the way into deep space, via a car wash!’

That’s the teaser for the latest Shaun the Sheep movie out in UK cinemas in October – and if you want to know what to expect we’ve had a sneak peek! 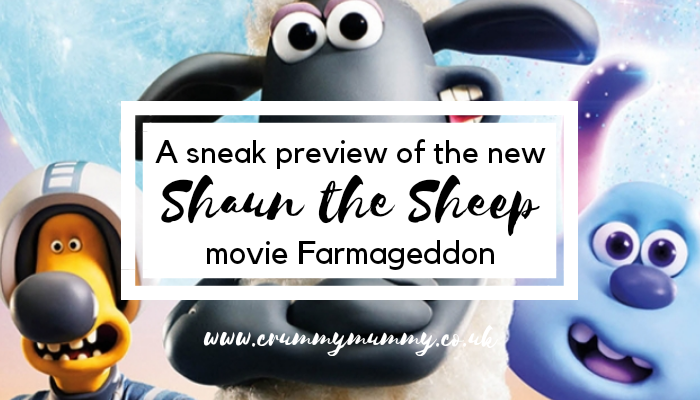 If you’ve got a Shaun the Sheep fan in the house I can safely say they’re going to love the latest instalment in Aardman Animation and StudioCanal’s production partnership: Farmageddon.

We were invited to London’s Leicester Square Vue cinema for a special preview screening of the new film, and if you don’t want to know what to expect look away now!

The fun started in the foyer with face painting, balloons, white candy floss ‘wool’ and lots more besides. 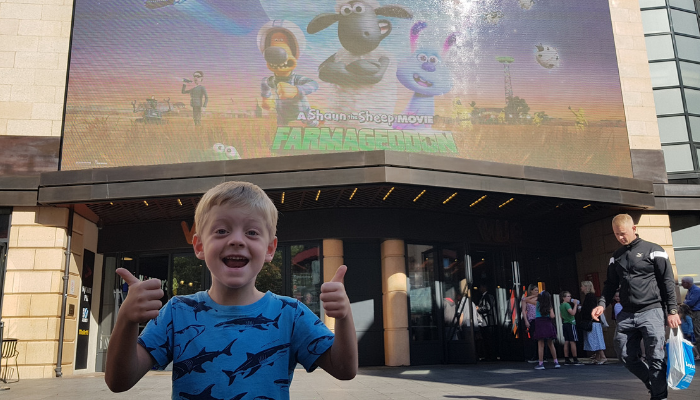 Shaun the Sheep himself was on hand to say hello, along with sheepdog Bitzer – and of course we had to have a selfie! 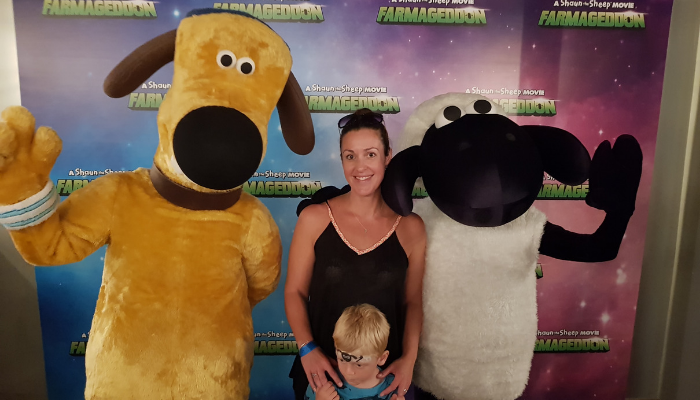 If you’re familiar with the first Shaun the Sheep movie and/or the TV series you’ll know Shaun and his flock are a mischeavous group of sheep based at Mossy Bottom Farm in Mossingham. 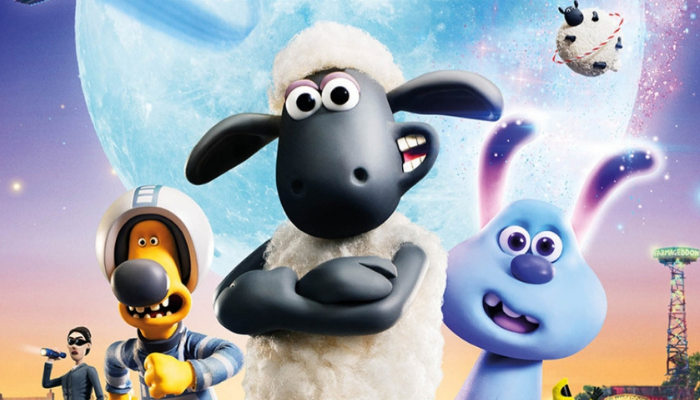 We took the middle one (four) and the youngest (two) to the preview, and they were both entranced. 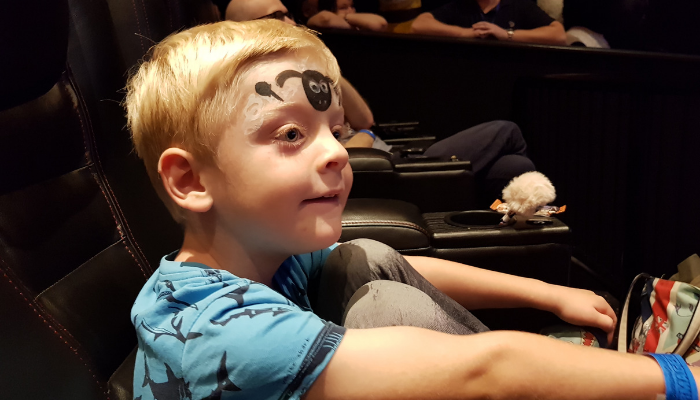 All the favourite characters are back, from Shaun the Sheep (voiced – or should I say grunted – by CBeebies’ Justin Fletcher) to the long-suffering sheepdog Bizter, plus new faces including Lu-La, an alien with glowing pink ears (as you can see I was rather pleased to bag a pair of my own!) 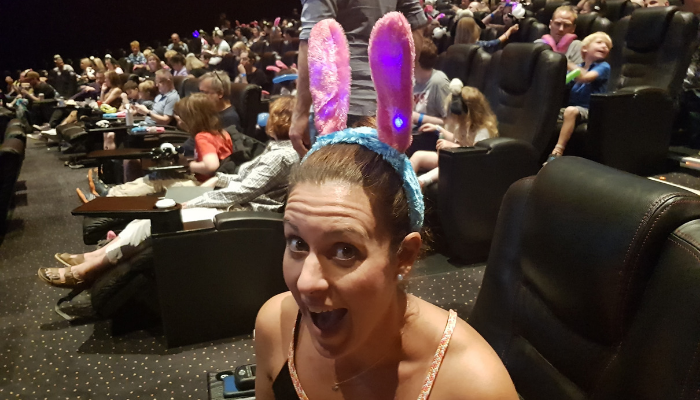 There’s jokes for the kids as well as jokes for the grown-ups, all in Aardman’s classic stop-motion animation (how they make the characters cry is beyond me) and with a soundtrack featuring none other than queen of pop Kylie Minogue.

Although we’ve seen the film once already I know we’ll be watching it again – and I can also recommend going into town to see it on the big screen as it’ll tire them out, giving you a bit of peace and quiet afterwards! 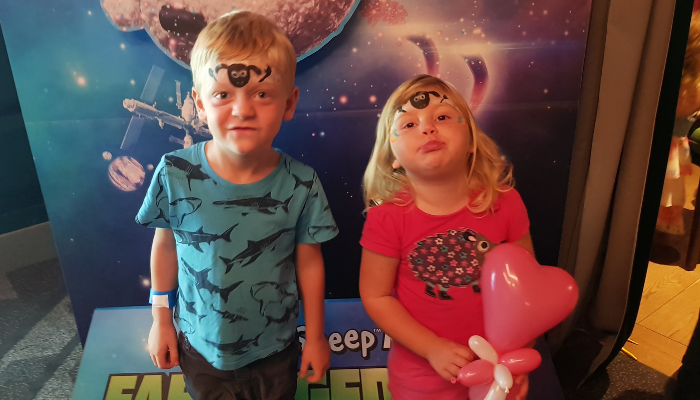 Farmageddon is out in UK cinemas on Friday October 18, 2019 just in time for half term. For more information click here. We were gifted tickets to the preview in London’s Leicester Square – as always all opinions are my own, and based on our own honest experience.