I ask after Sainsbury’s announced the decision not to sell fireworks in any of its stores for the first time this year.

It’s a move that’s sparked huge debate, with some applauding the decision and others not. Which begs the question: are they right? 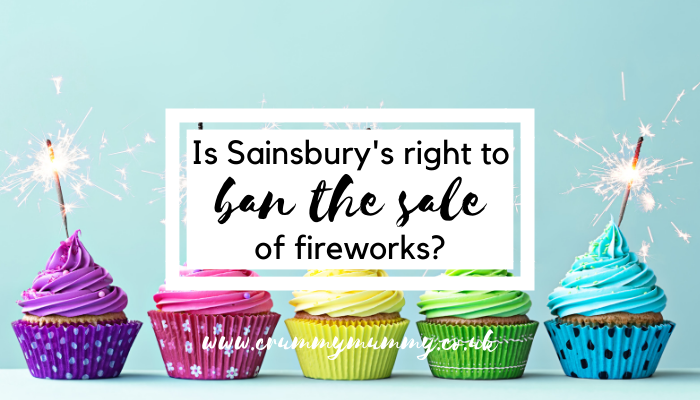 Interestingly, the supermarket hasn’t actually said why it’s made the decision, only that it’s based on last year’s sales and the information is commercially sensitive, which presumably means they didn’t make enough money. Which is hardly surprising, given you can’t just pop them on the shelf in the seasonal aisle. They must be kept under lock and key at a counter physically manned by members of staff – which costs money. And as a journalist who writes about retail, I also know unsold stock can’t simply be stored at the back of the shop for next year, and it can’t be returned to the manufacturer either owing to the small matter of gun powder.

But all that aside, Sainsbury’s decision to ban the public sale of fireworks has been welcomed by animal rights groups on the grounds they’re a nuisance to pets, and by many other people too. They’re calling for other retailers to follow suit – which I think is a real shame. 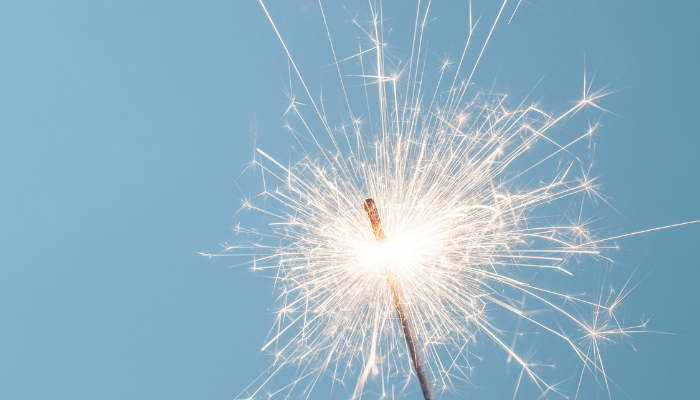 Surely it’s the responsibility of pet owners to ensure their pets are kept safely inside at this time of year? Why should everyone else be penalised? And if other supermarkets and retailers follow suit, where will it end? No more back garden get-togethers for friends and family, meaning we must pay to go to an organised display which often aren’t suitable for children of all ages.

And surely there’s an alternative to an all-or-nothing approach? In Europe, for example, fireworks are split into categories based on their gun powder content and their use by non-professionals is restricted to certain days of the year. So, fireworks which pose little danger and are intended for use outside residential buildings in a closed space can be used for those back garden get-togethers on high days and holidays.

But not everyone agrees with me. I asked some fellow parenting bloggers what they think, and it seems I’m in the minority in thinking an outright ban is unnecessary.

“I welcome the ban,” says Claire at Life, Love and Dirty Dishes. “I have always hated fireworks. As a kid my dad always used to do a few in the back garden, I remember everyone having a great time, but I always had this fear that my Dad would get hurt. As an adult I find them a nuisance. Waking up the kids, scaring animals. I am all for an organised display. But I’ve never been able to get my head around selling something so potentially dangerous to the public.”

“I definitely agree with the ban – I don’t see any need for someone to have fireworks at home,” says Abi at Something About Baby. “They’re such a dangerous product in the wrong hands, it seems crazy that anyone over a certain age can buy them. I have been to quite a few at home fireworks parties where things have gone wrong – including one where the host was pyrotechnics trained, yet still managed to send a rocket through his neighbours window, into their baby son’s nursery. Fortunately, no one was injured, and the damage wasn’t too bad, but it could have been a lot worse!” 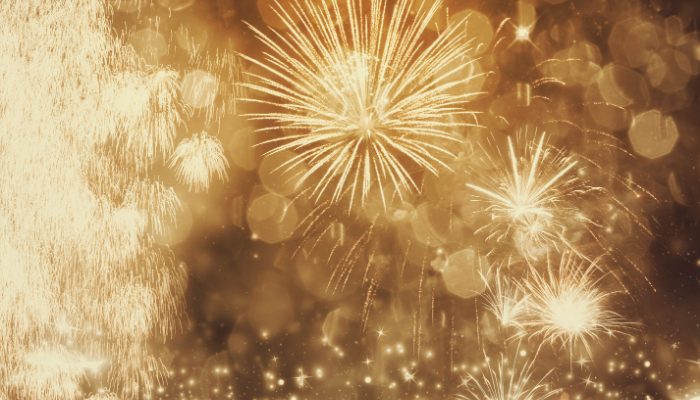 “I totally agree,” says Laura at Edinburgh with Kids. “Residents who live round our local park have a huge bonfire each year, burning loads of stuff that shouldn’t be burnt (think chemical fumes that make the air horrific) that then damages the grass that then has to be repaired by the council. With the addition of fireworks it’s even more dangerous as there’s no safety precautions – last year a block of houses was set alight by one that landed on the roof. If fireworks weren’t available my hope would be that people would be put off having this type of ‘community’ fire and seek to either run something regulated or just go to a different event. I know animals don’t like them but to me the much bigger concern is the idiots who buy them with no concern about the safety of themselves, others, or general property.”

“Yes, they should be banned from being sold to the public for so many reasons,” says Emma at Emma Reed. “Year after year my poor dog is terrified and if it was one day then I could accept that but it’s from the day they go on sale in October almost every night until January. January 15th being the latest date I have recorded in the past. I have tried contacting my MP, I have signed petitions, I have spoken to neighbours yet still haven’t got anywhere. People are inconsiderate and this is causing huge stress to those with young children, those with pets, PTSD, autism, the elderly and so on. It also costs the fire brigade huge amounts of money in accidents year on year. Having only organised displays would benefit so many people whilst still retaining that fun.” 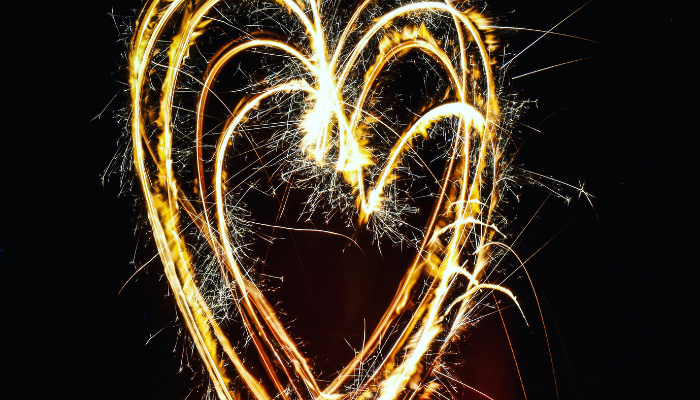 “I’ve wanted fireworks banned in shops for many years,” says Rachel at Rachel Bustin. “I’ve seen first-hand how distressing it is to farm animals. This alongside the dangers to pets and wildlife is reason why they should only be available for organised displays.”

“I think they should be banned from easy to get places like supermarkets and that way they would get into the hands of silly children and grown-ups far less,” says Jade at Mummies Waiting, who says her local Tesco in Norfolk no longer sells fireworks either. “Even just limiting the sale will help people with pets, one day in a month is far better than seven!” 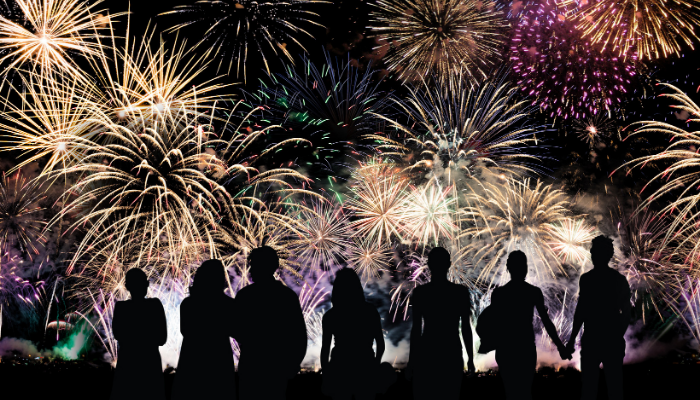 “I completely agree with the ban,” says Katie at Mummy’s Diary. “I think there should be only displays held by professionals. In the wrong hands they’re very dangerous. I have a cat and young children and the loud noises really do scare and terrify them. When neighbours can set them off in their own back yards I feel it is irresponsible.”

“Yes, they should be banned!” says Jada at Unique Young Mum. “I went to a firework display every year until three years ago, when some teenagers let fireworks off on a hill, only instead of having them pointing up to go to the sky, they let them off horizontal and loads of people were hurt by both the fireworks and by falling when everyone started running. I think they should be sold to professionals only! Also, it was only recently I read an article where a firework was put through a home letterbox causing the whole of the ground floor to set on fire. I 100% agree with Sainsbury’s decision and I hope the government step in to ban them for non-professionals altogether!”

“I don’t agree with banning the sale,” says Vicky at The Mummy Bubble. “It’s such an infrequent thing that fireworks are set off widely across the country. It’s really only bonfire night and new year. I think users need to be responsible but otherwise I think they’re just good fun.”

“When this argument rears its head I always think of people from ethnic or religious minorities whose festivals involve fireworks but may not be part of a wider community able to organise large displays,” says Rebecca at The Ish Mother. “I agree that fireworks should be less easily available but I don’t agree with banning all but public displays as this would inevitably impact on these people.” 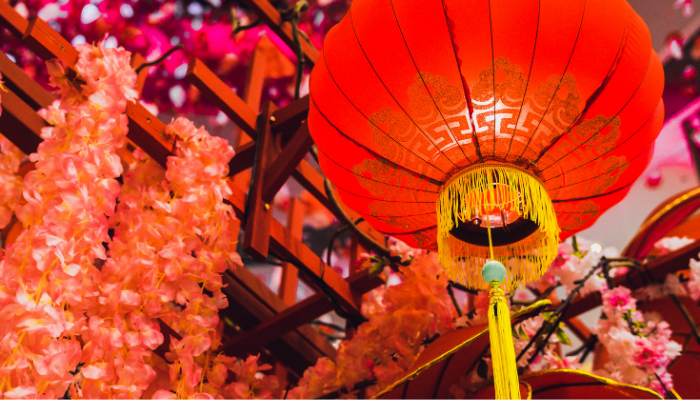 “For some of us we don’t have the choice to go to public displays and I’m sorry some might not like this, but the pets afraid is becoming a pathetic excuse,” says Jade at Jade’s Journey. “Some pets don’t like it but it wouldn’t matter if it’s a public or private display as they would still hear them! What should be done is laws preventing the usage of them at home, make it so there are only so many days a year they can be used, restrict timings more. If you ban the sale it will also have a knock on effect for retailers and manufacturers which could see yet more financial difficulties in our supermarkets and shops.”

What do you think? Do you support Sainsbury’s decision not to sell fireworks? Or do you think it’s a step too far and there are other solutions to safeguarding the public – and pets? I’d love to know your thoughts!

How to train your baby like a dog: what’s the big deal?