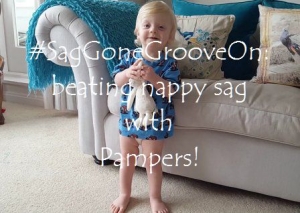 But there is one thing that’s not so great about being a baby: nappy sag. On a scale of one to 10, with one being least annoying and 10 being most annoying, nappy sag must surely score nine and a half, if not 10.

I’m ashamed to admit it but, poo-namis aside, depending on what else is going on in the morning it can be anything between half an hour and three hours after waking up that Little B gets his first nappy change of the day. By which time it’s often hanging down around his knees – a great bulging warm mass. Nice. 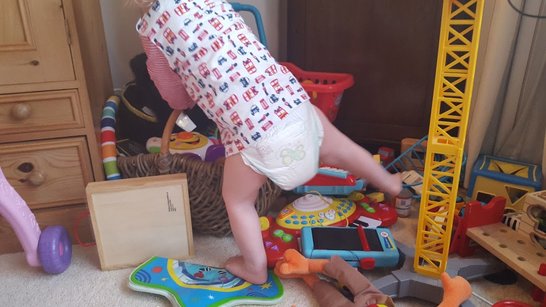 So when BritMums asked me if I’d like to put Pampers new Premium Protection Active Fit nappies, which come with built-in ‘no-sag’ technology owing to ‘magical’ pods, to the test I jumped at the chance. 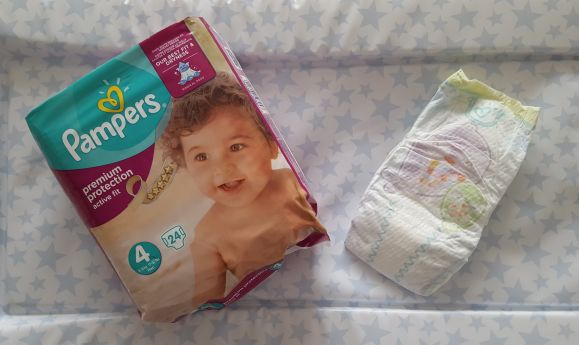 Has Pampers really invented a nappy that doesn’t sag? I found out with the help of Little B, a pair of scissors and LOTS of fun…

I have to say I was impressed by how much wetness these nappies hold – they’re so slim line and light when they come out of the packet yet I’d say they hold two or three times the volume of fluid compared with our usual own label ones. What’s more, the magical pods really do lock in the fluid evenly across the base of the nappy – so no sagging! 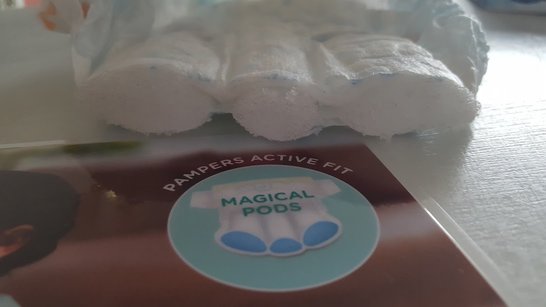 But in this case the old saying ‘buy cheap buy twice’ definitely rings true because Little B was able to wear the Pampers Active Fit for twice as long as he would wear our usual ones, if not longer. So actually I think they’re good value for money.

And even more importantly Little B was free to run, climb, wiggle and groove without being bogged down by a saggy nappy! 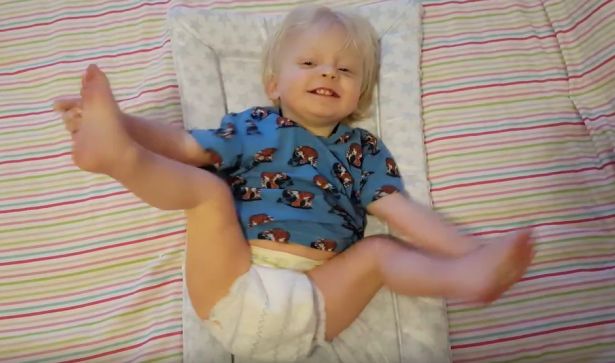 My verdict: 5/5 – I honestly do recommend these nappies!

I’m working with BritMums and Pampers testing Active Fit nappies with new no-sag technology. I have been compensated for my time. All editorial and opinions are my own. Visit Pampers today for more information.