I ask after reaching six months of pregnancy and realising I’ve bought absolutely nothing for the new baby – not a stitch. 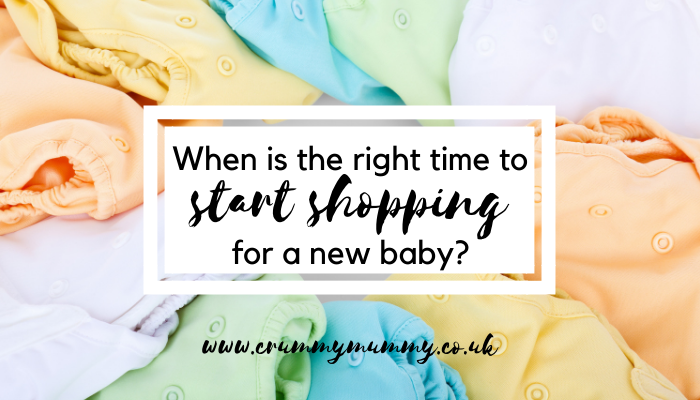 Although we have plenty of hand-me-downs left over from our other three, with 14 weeks to go until number four arrives there are still some quite important things left to buy, including a new pram and a car seat which we’re going to need from day one.

With baby number one I waited until our 12 week scan before buying anything baby related, and with number two, having had two consecutive miscarriages, it wasn’t until after the 20 week scan that I had the courage to go shopping. Then, perhaps unsurprisingly because I was so busy with work and the other two, it was well into the second trimester before I bought anything for number three.

So, when is the right time to start shopping for a new baby? Is there even such a thing as a right time? Out of curiosity I asked some fellow parenting bloggers to share their experiences – and their answers vary wildly!

“I’ve always said to myself I’ll start after the 12 week scan but a few times I did find something I loved and bought it before then!” says The Coastal Mummy Rebecca.

“When you find a bargain!” advises Sophie at Sophobsessed. “I always said to myself that I’d wait until 12 weeks but baby kit is expensive so if I saw a bargain I grabbed it there and then!”

“We started shopping for our twins just after the 12 week scan, the same time as we announced the pregnancy to our wider friends and family,” says Rebecca at Living with Peas. “I was anxious something would go wrong right up until the girls were born so I don’t think waiting for any stage would have made me feel any better about it, plus I was so impatient!” 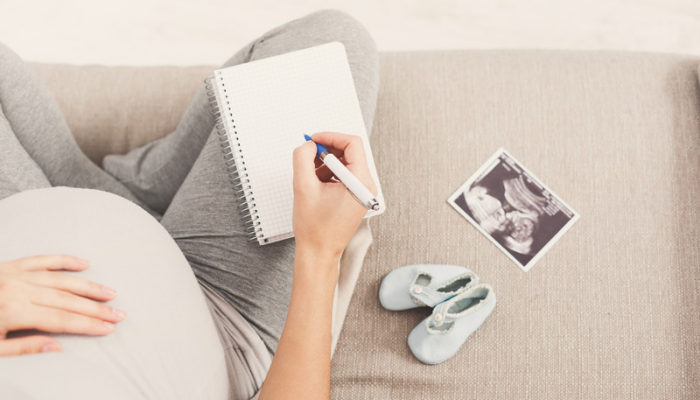 “It depends if it’s your first child,” points out Nita at Mummy Wishes. “With our first, we bought things when we thought they were a bargain and of course needed. With the second, we hardly shopped at all!”

“The right time is when you feel ready,” says The Money Saving Mum Kirsty. “I don’t think there’s a right time or a wrong time personally. I wish I started earlier now mine are five and eight, yet hindsight is all well and good because at the time I was super scared and felt nothing would’ve changed that.”

“I think it’s very different for every family,” says Laura at Five Little Doves. “Our son was stillborn at full term and as a result I refused to buy a single thing for any of my subsequent children until the day they were born healthy and well. I feel so sad looking back that I missed out on all of those lovely moments enjoying buying for my baby but it was all I could do just to survive. There’s never a right or wrong time, you just do what feels right.” 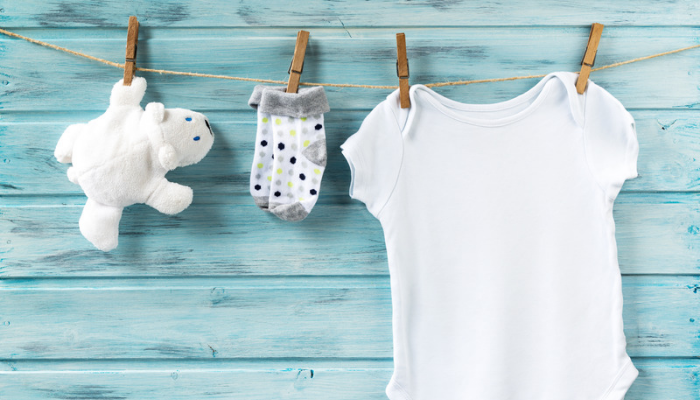 “I didn’t feel comfortable early on and waited until after 20 weeks with both of mine,” says Nicola at The Merralls Home. “I didn’t find out the gender of either pregnancies so didn’t actually buy that much before the baby, just the essentials. I had an amazon wish list for both genders ready to order after the birth and went shopping with my husband and picked out clothes I liked in the shops which he bought after they were born.”

“I picked up a pair of mittens about the nine week mark shortly after finding out,” says Sarah at SarahLou Writes. “I didn’t officially buy anything until I knew the gender and was past week 27, I’ve done the same for all three of my pregnancies.”

“We had a missed miscarriage which wasn’t picked up until the 12 week scan,” says Mighty Mama Bear Jennifer. “With our rainbow baby I went out and bought a rainbow babygrow after the 12 week scan. We were well aware that something could still go wrong but we felt we wanted to do something to celebrate that milestone, while still acknowledging what wasn’t to be. We left the larger items until after 32 weeks.” 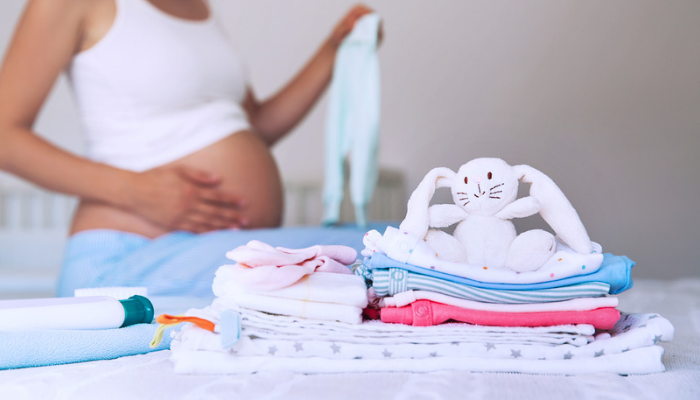 When did you start shopping for your new arrival? Did you bide your time or hit the shops as soon as you knew you were expecting? I’d love to hear about your experience!