‘Wonderfully exuberant and imaginative’. That’s just one of the rave reviews for Stick Man Live, which has enjoyed 10 years on the stage including eight consecutive Christmas seasons in London’s West End.

Dubbed the Christmas show for kids, we were invited to see what all the fuss is about at Theatre Royal Brighton, where magic, music and mayhem awaited! 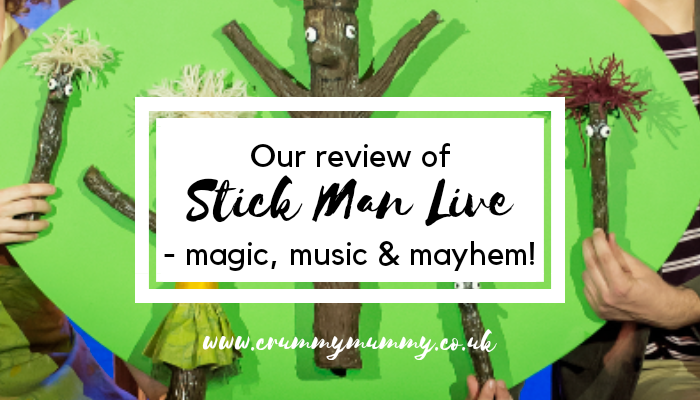 If you haven’t come across Stick Man before, Stick Man is – you guessed it – a stick who lives in a family tree with his wife and three stick children.

One morning, while out for a jog, he crosses paths with a dog – an encounter which starts of a chain of events taking him further and further away from his family tree.

Without wishing to spoil the story for anyone who hasn’t read the book or seen the TV adaptation (also well worth a watch, by the way) so starts a magical adventure which eventually sees Stick Man reunited with his family thanks to the big man himself, Father Christmas – and I was curious to see how the story would play out on the stage.

The show opens with an introduction to Stick Man, his ‘Stick Lady Love’ and ‘Stick Children Three’ by three actors who take on the characters for the duration of the performance. 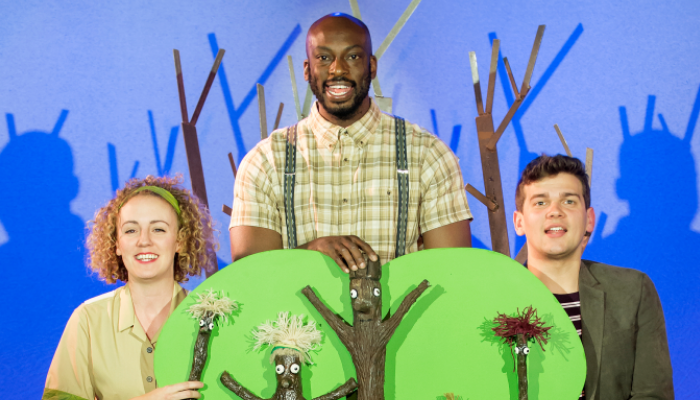 Staying true to the original story – meaning that if your kids know the story well they can anticipate what’s going to happen next – a magical tale unfolds accompanied by lots of music – and rather a lot of mayhem too! 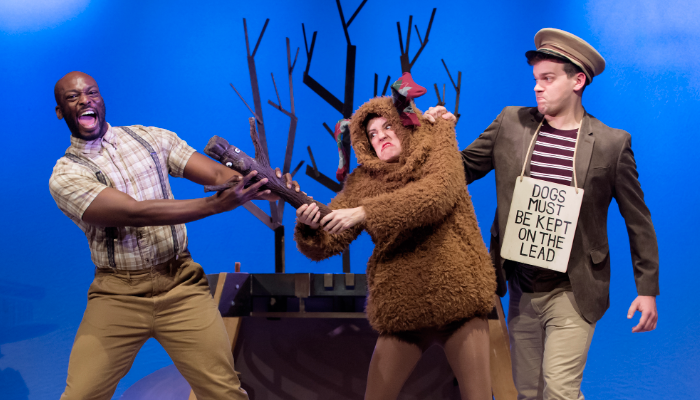 Expect audience interaction, and I don’t just mean a bit of ‘he’s behind you’ (although there is some of that too) – I mean be prepared for the actors – and their props – to actually climb into the audience at various stages of the performance, which my three thought was hysterical. 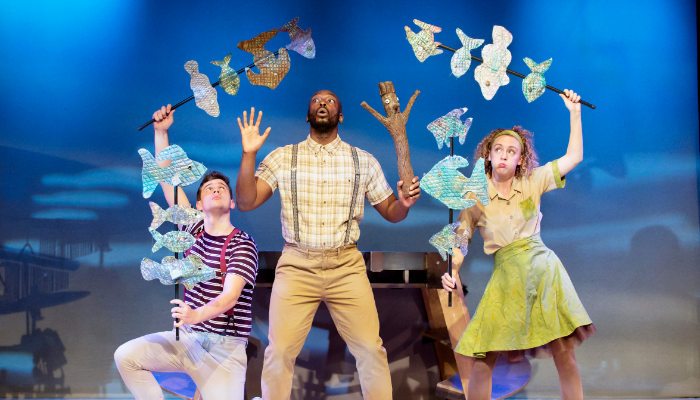 At one hour long with no interval the running time is just right for little people (mine are eight, five and two) – long enough to immerse themselves in the story but not too long for them to lose concentration and get ants in their pants. The fact the theatre has a bar on hand meant Misery Guts could sit back and enjoy a pint during the performance, keeping him happy too! 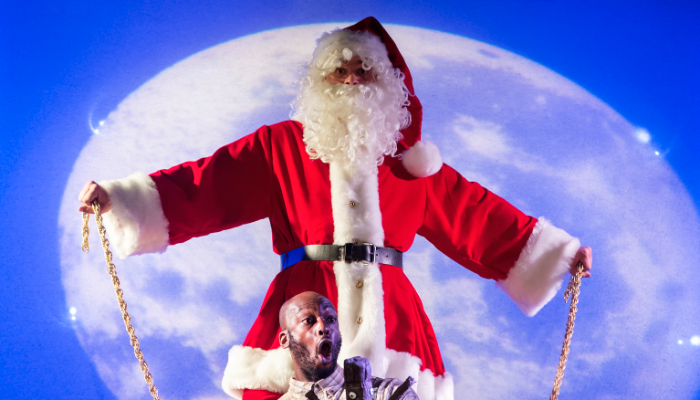 As with all the Julia Donaldson and Axel Scheffler adaptations we’ve seen so far, Stick Man is a great first introduction to the theatre and my three talked about it long after the curtain went down. If you’re Stick Man fans in your house too, I thoroughly recommend a visit! 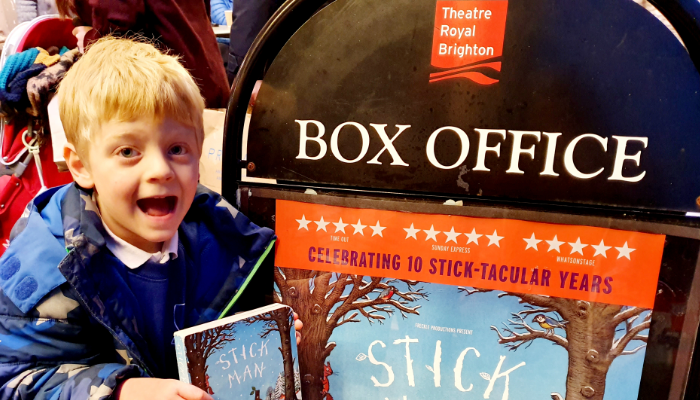 We were gifted tickets to see Stick Man at Theatre Royal Brighton in exchange for this post. As always all opinions are my own and based on our own honest experience. The current Stick Man tour runs until December 31, 2019 – for more information click here.