‘You must be mad’. I can’t tell you the number of times I’ve heard that since revealing we’re expecting baby number four.

Mad or not (ask me in nine months’ time!) I’m now half-way through my fourth pregnancy and for anyone else thinking about going for it again I thought it would be fun to share what it’s really like being 20 weeks pregnant with baby number four. 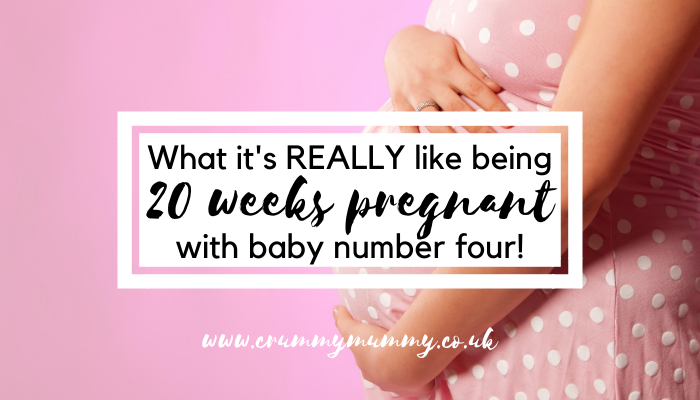 Gone are the days of getting home from work and flopping on the sofa, and as for extra sleep – forget it! So, what’s it really like being 20 weeks pregnant with baby number four? Here’s my take on it all with a 20-week pregnancy update.

The short answer is we don’t know – but it’s definitely one or the other! I know the 20 week anomaly scan is commonly known as the gender reveal scan, but for me it was all about finding out whether everything is growing as it should be – and happily it seems it is (as usual I had the pre-scan jitters – see 5 top tips for coping with pregnancy scanxiety. When the sonographer told me this would be my last scan and I felt nothing but relief that I won’t have to go through it all again). As with the other three we decided not to find out the gender – there are so few surprises in life that I want to hold on to this one as long as possible! 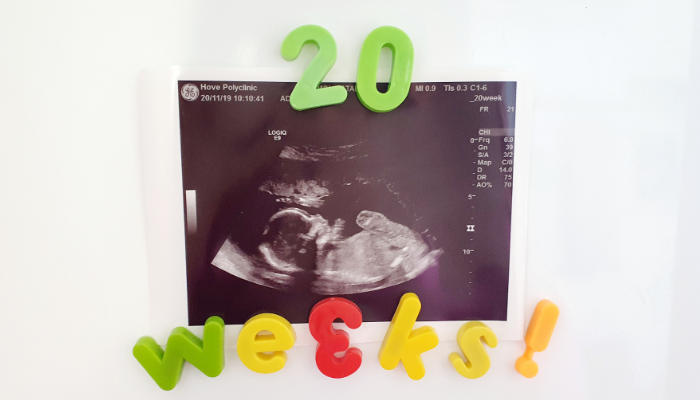 I’ll be honest, sometimes I completely forget I’ve got a baby on board because life is so hectic looking after the other three! That said, I’m not allowed to forget for long owing to the fact the baby is getting increasingly active and I’m getting increasingly tired. Come teatime every day I’m desperate for a rest, but what with work and after school clubs and the pace of life in general it’s really hard to find the time. Not sure what the solution to this one is – all hints and tips gratefully received! We’re still charting the baby’s growth in fruit terms for the kids which is really helpful for them to visualise – apparently the baby is now the size of a banana, owing to the fact from 20 weeks measurement is taken from head to toe rather than crown to rump. 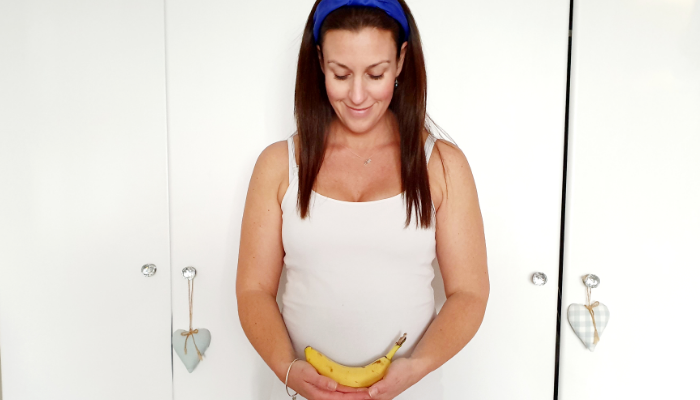 I’m definitely bigger than I was with any of the other three at 20 weeks pregnant, but then that’s hardly surprising given I’ve stretched and gone back again three times now! I’ve switched over to the other side on the clothing front, by which I mean over the bump leggings (bliss!) and tops with room for two, including this super soft autumn sweater gifted by PinkBlush Maternity which I’m loving.

18 weeks | #ad It’s official: at 18 weeks pregnant I’ve gone over to the other side with my very first maternity clothesOver-the-bump elasticated waist leggings maternity vest comfy sweater with room for two (#gifted by @pinkblushmaternity – I find maternity jumpers can be a bit swamping but this one’s got an off-centre knot at the bottom so it enhances your bump instead of hiding it ) After being at that funny inbetween stage for the last few weeks it feels SO good to put on clothes that actually fit – there’s absolutely no going back now! #pregnancydiary #shoppinkblush #prettyinpinkblush

A post shared by Crummy Mummy (@confessionsofacrummymummy) on Nov 9, 2019 at 4:27am PST

My exercise routine remains pretty much unchanged: I run once a week, swim once a week, go to the gym twice a week and have a mat and dumb bells at home for stretching and weight-bearing exercises. That said, I can feel myself slowing down as I get bigger (I will write more on exercise in pregnancy, especially running, as so far I have carried on running into the third trimester of all my pregnancies, but there’s very little out there written by real mums like me who aren’t fitness experts or super fit professional runners). I’ve had to invest in new running bottoms with an elasticated waist and a new sports bra to accommodate my growing frame, and this week I’m due to start pregnancy yoga too, something I did in my last two pregnancies from the end of the first trimester but haven’t gotten around to yet owing to the aforementioned pace of life! 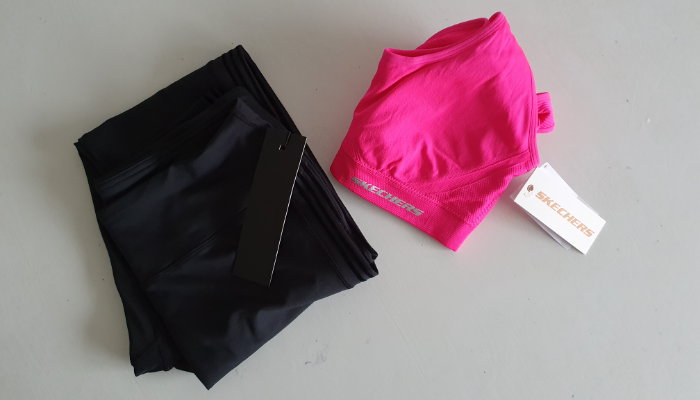 To say I’m hungry all the time is an understatement. As I write I’ve just polished off a bowl of cereal and an apple – and I only had lunch an hour ago. Citrus fruit has been the main craving, and fruit juice – which is something I never normally drink. Somewhat oddly, even though I’ve changed shape and got a visible bump, I haven’t put on any weight at all. Which must be something to do with all the wine I’m no longer drinking! 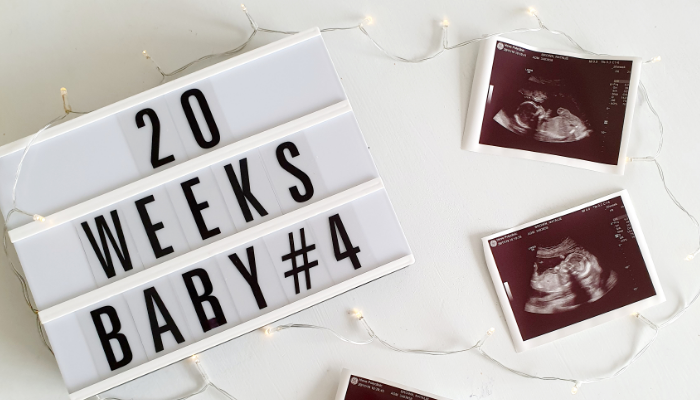 Are you expecting or have you welcomed a new arrival recently? I’d love to know if you can relate to any of the above!