There’s nothing like a good pregnancy announcement to brighten up a day. I don’t know about you, but I love opening up my Facebook or Instagram feed to find a quirky announcement from one of my friends or acquaintances.

According to new research from George at Asda one third of 25 to 34-year-olds now announce they’re expecting on social media, and I can’t say I’m surprised given that social media is an easy way to tell everyone you know at the same time. 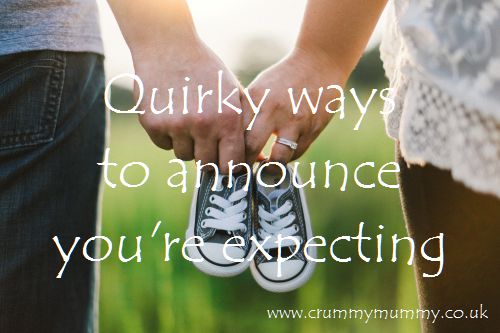 But when it comes to first pregnancies the research also revealed that more than half of those polled preferred to tell family they were pregnant in person, instead of taking to social media.

As a Robbie Williams fan I remember being mightily pleased with my blog post, in which I stole the title of his album ‘I’ve been expecting you’ for my headline. 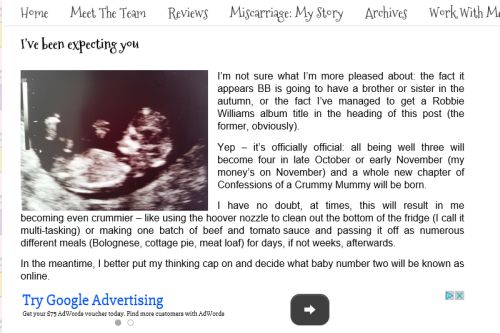 It was also Easter by the time we made the announcement, so on social media I made a pun about there being more than hot cross buns in the oven in our house. 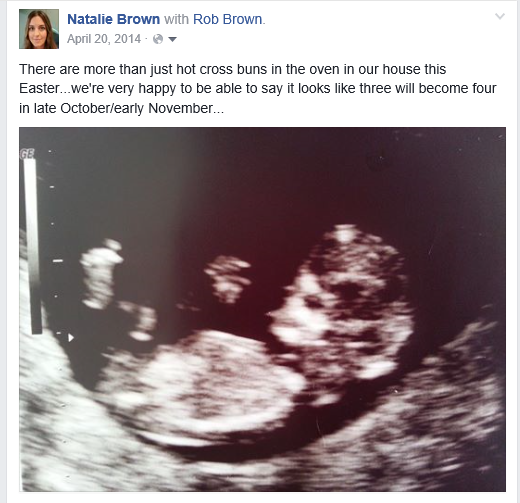 Since then I’ve never failed to be entertained by the quirky ways to announce you’re expecting, and these are some of my favourites:

1. A chalk board. I do love a chalk board announcement. A friend of mine (who makes the most amazing cakes if you ever need one) recently announced she is expecting her fourth child by posting a picture on her Facebook page with her two older boys holding blackboards declaring they are each other’s ‘sidekicks’, while her younger son held a blackboard revealing his sidekick is due later this year. Love it! 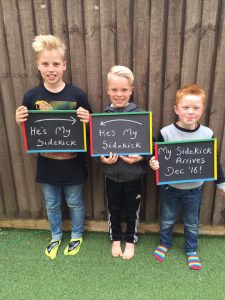 2. An eviction notice. Believe it or not there’s a whole Pinterest page dedicated to parents who have served ‘eviction notices’ on their existing child’s cot. It sounds awful but if the child is crying I do find it more amusing! 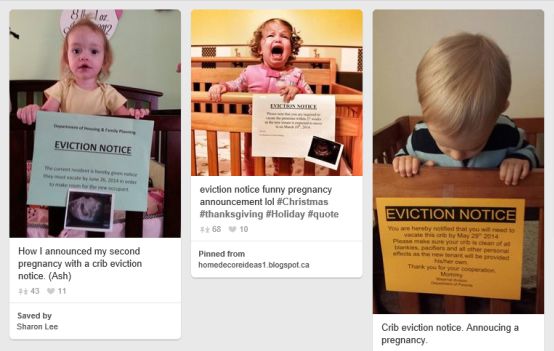 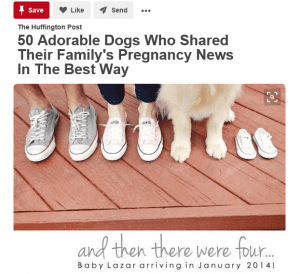 If you’re a parent how did you announce you were expecting a new arrival? Did you take to social media or did you prefer to do it in person?

This post was written in collaboration with George at Asda and their #GEORGEousBump campaign celebrating how parents-to-be share their big news. It’s a great read and worth a look!