#Poweredbyplants: 5 ways to get kids to eat more veg 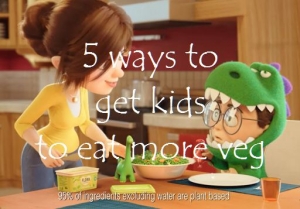 Apparently only 22% of children know that broccoli grows on a plant. In a totally unscientific test I asked BB (aged four) where broccoli comes from. She looked at me as though I was stupid and said ‘you plant a seed in the ground and it grows’.

She might be among the minority of children who do know where broccoli comes from, but at the same time I don’t think she eats enough of it.

I’m slightly less concerned about her veg intake now that she’s at school and having free school meals, because I know they’re hidden in the sauces and pizza bases she’s given, but even so I’m always on the lookout for new ways to try and get both BB and Little B to eat more.

So I was really pleased when I was invited to the launch of Flora’s new campaign which is promoting the importance of plant based diets and helping parents to get their kids to eat more vegetables. (Unfortunately I couldn’t actually go, owing to the fact I was  in bed having caught Little B’s ‘non-specific’ virus, but let’s not let the truth get in the way of a good story!)

Among the activities they’ve got planned as part of the campaign is a Florasaurus, a dinosaur made entirely from plants which will be touring the UK to show children how many of the world’s most magnificent creatures were powered by plants. I don’t know about you but I definitely can’t wait to see this!

They’ve also got a new TV ad featuring an animated dinosaur designed to change children’s perceptions of plant based food (BB has been watching it on repeat on my laptop), and a new dairy-free spread called Flora Freedom which is 100% dairy free (perfect for breast feeding mums who have a baby with a dairy intolerance). 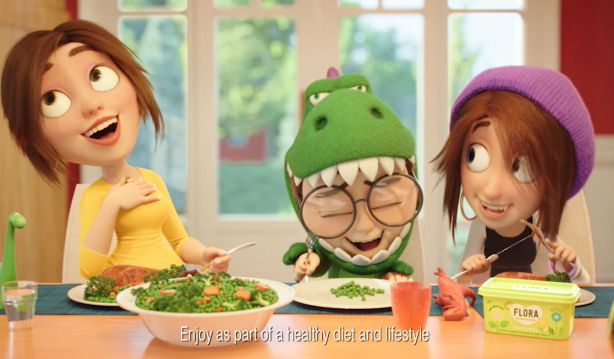 BB is already really engaged with the campaign, and it’s great to see her so interested and inquisitive. But piquing their interest is one thing – getting them to actually eat more veg is quite another.

I know I’ve written about it before with lots of tips from fellow parents, but after Flora gave me some added inspiration I thought I’d compile a list of 5 ways to get kids to eat more veg:

1. Bake savoury muffins using vegetables like broccoli, carrot and courgette and put them in cupcake cases to make them look like cakes (this is one of my all-time faves).

2. Melt Flora over the top of a bowl of vegetables and stir through. I didn’t know this but Flora contains plant oils such as sunflower, rapeseed and linseed oils and is actually lower in saturated fats than butter, providing a source of healthy Omega 3 and 6. Or you could make your own spread with this recipe from Flora. 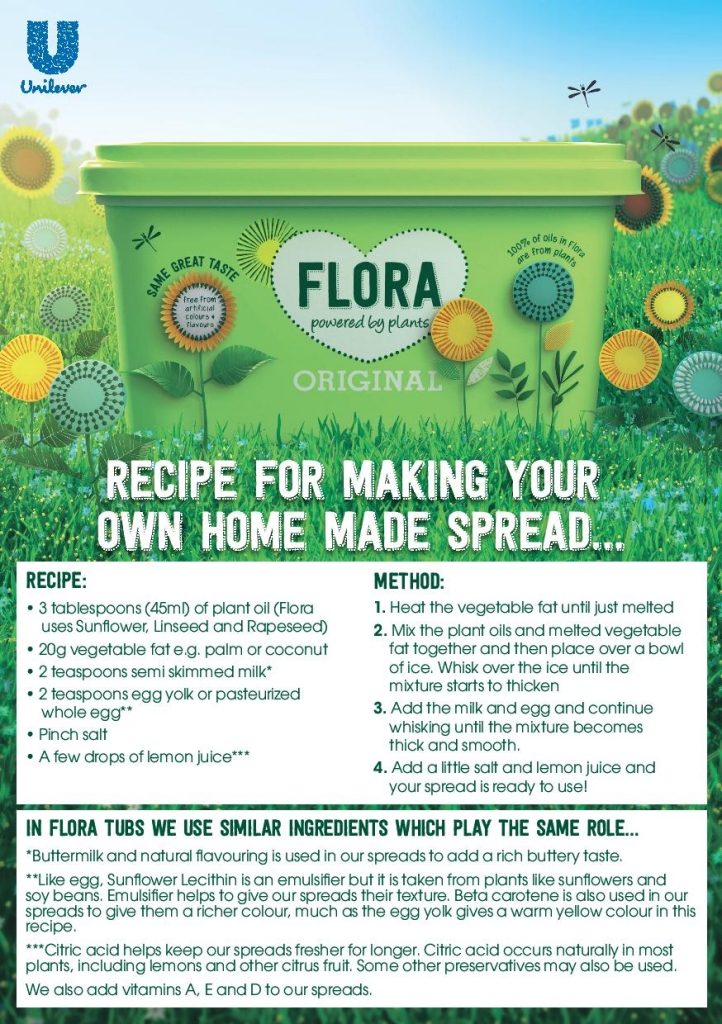 3. Sneak vegetables like parsnips and swede into mashed potato. They’ll never notice. (Although I discovered spinach in Bolognese is a step too far when BB shrieked the house down thinking it was seaweed).

4. Add anything you can find in the fridge to tomato sauces and blend into a puree before serving. The sauce will still look red, but can mask everything from celery and spinach to carrot and peppers.

5. Get them involved in the cooking process. I always find that if BB has had a hand in making something herself, she’s more likely to eat it.

What are your top tips for getting more plant-based food on their plate?

I am a member of the Mumsnet Bloggers Network Research Panel, a group of parent bloggers who have volunteered to review products, services, events and brands for Mumsnet. I have not paid for the product or to attend an event. I have editorial control and retain full editorial integrity. I have received a voucher as a token of thanks for this post.