While it seems to take the government forever to ratify even the simplest thing, for reasons I don’t pretend to understand they’ve managed to replace their leader in a matter of days. While I won’t be sorry to see the back of David Cameron I have to say I’m fascinated by the speed of his exit. 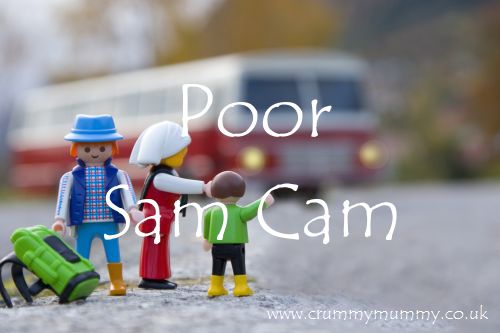 A removal van has been spotted in Downing Street delivering boxes (330 of them according to a job sheet papped by one tabloid newspaper) and one can only imagine the frenzy of activity going on inside. Who on earth moves house in a matter of days?

Is Sam Cam frantically chucking things in boxes, knowing full well half of them are outgrown clothes but there’s no time to sort through them now? Has she managed to find that errant but integral piece of Playmobil that went missing in 2012? And what of the kitchen cupboards – is there going to be time to wipe the spilt salt and pepper and olive oil bottle ring? We’ll never know.

Of course I don’t for a moment imagine she’s doing it all by herself – there’ll be minions and underlings to do the dirty work, and one can vaguely imagine ‘Dave’ rolling up his sleeves.

Or perhaps she’s been ready for years, stowing away pre-packed boxes under beds and behind sofas ready to whip out at a moment’s notice. I would.

I recently read that before the birth of their youngest child she earned £400,000 a year – almost three times her husband’s salary – as creative director at Smythson, but being the Prime Minister’s wife she’s been expected to be seen and rarely heard and basically be ‘just’ a wife. If I was her I’d be hot-footing it out of Downing Street as fast as possible.

So, the speediest house move in history aside, perhaps I shouldn’t be feeling that sorry for Sam Cam at all. Perhaps this is just the beginning for her, when she can finally get out of her husband’s shadow and be more than a wife again. I’ll be very interested to see.

Have you ever had to move house at short notice? Or did it take months of careful planning?