Our first ever vlog! 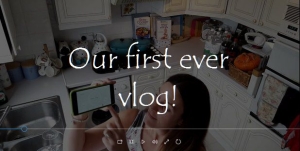 It’s official: I’ve taken my first tentative steps into the world of vlogging!

I’ve been thinking about it for a while and decided to wait until the right subject matter came up for our debut vlog, something that would lend itself really well to being illustrated on camera.

Last week that subject matter came in the form of an email from Birds Eye who challenged me to a 10 minute meal challenge: putting a meal on the table in just 10 minutes using their new Stir Your Senses range of all-in-one frozen ready meals.

Is it really possible to get a family meal on the table in just 10 minutes, with a four-year-old issuing demands from the living room, a toddler intent on emptying the plastics cupboard and two cats prowling the worktops? We found out…

Of course making a meal is one thing; getting them to eat it quite another.

BB turned her nose up at the Penne all’Arrabbiata con Pollo (aka chicken and tomato pasta) we made in the video – she said it was too spicy and the look on her face was such a picture it was #MySundayPhoto this week – but Little B loved it and ate the lot. 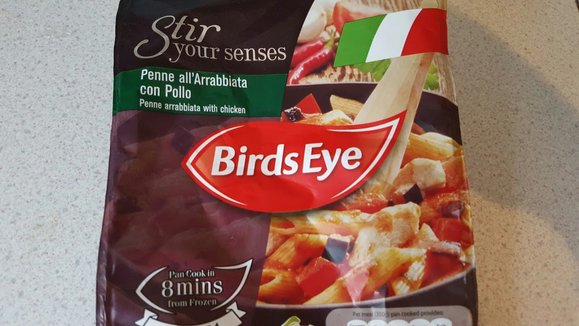 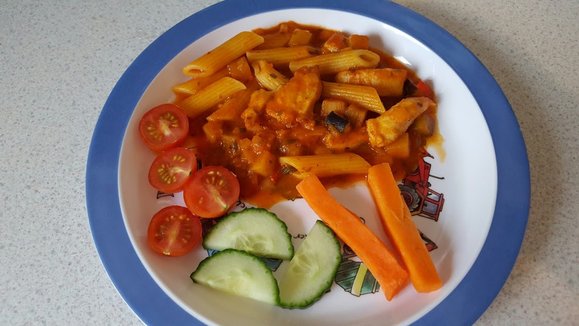 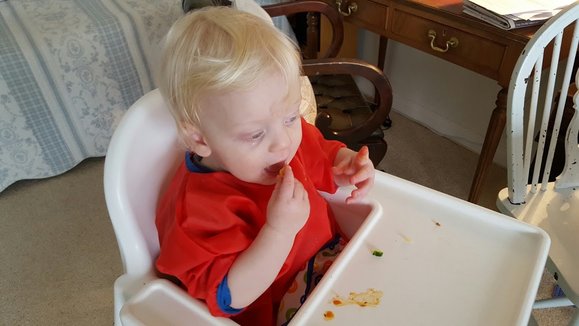 I was surprised by how home-cooked our meal looked (and tasted) given all I had to do was tip the contents of the bag in a pan and add some water. The sauce thickened as I stirred it and the chicken pieces looked as though they were the leftovers of a roast, rather than reformed and identically shaped.

At £2.99 a bag (which is technically a meal for one but will easily serve two kids) the range includes eight family favourites including Bolognese, carbonara and chicken curry which can all be ready and on the table in 10 minutes.

So that’s it: our first ever vlog post done. I made some rookie mistakes, like balancing my phone on top of the fridge to record, which means the film shakes when I open it, and you can’t really tell that the reason I’m waving a phone at the screen at the beginning is to show a 10 minute stop-clock, but apart from that I think it looks ok…

I was sent vouchers to try Birds Eye’s Stir Your Senses range for the purpose of review – as always all opinions are my own and based on my own honest experience.