Did you know that cotton is the most pesticide dependent crop in the world? And that it takes four times more water to produce one kilo of cotton than it does one kilo of organic cotton?

Me neither, until I went to a preview of organic kids’ clothing brand Frugi’s SS19 collection, where I discovered a lot more about cotton and it’s impact on the environment than I bargained for. 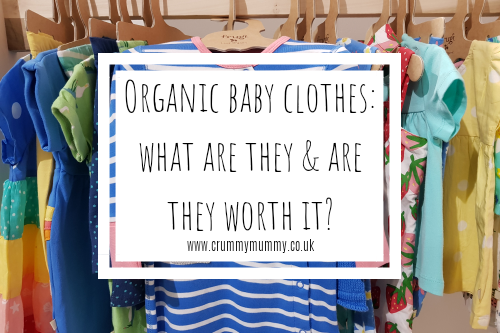 I’ve been buying organic baby clothes for a while now, but I’ll be honest: my initial reason for seeking them out is because of the littlest one’s eczema. No pesticides are used in the production of organic cotton so there are no harmful residues to irritate eczema prone skin and cause flare ups, aka angry red and itchy patches of skin. In fact, organic cotton is the most soothing and harmless natural fibre there is in the world.

But it turns out there’s a lot more to it than that. And now that I know, I can’t un-know.

As a mum of three it increasingly worries me just how much waste our family of five produces. Christmas morning was a prime example, when after the presents had been opened there were two whole bin bags full of rubbish – some of it recyclable, and a lot of it not.

We live in such a throwaway society, not just when it comes to clothes but pretty much everything: food, plastic, electrical items – the list goes on. If something breaks, we throw it away; if it gets a hole in, we replace it; if it goes out of fashion, we get a new one. It can’t be right to consume at the rate we’re consuming.

So, what can we do to lessen our environmental impact? Do little changes here and there – like swapping takeaway coffee cups for reusable ones and buying organic clothes instead of highly treated ones – really make that much difference? The answer is simple: yes.

I was invited to Frugi’s SS19 preview to have a sneak peek at their new prints and collection (which is fab, by the way) but I came away with a far greater understanding of what going organic on the clothes front really means. 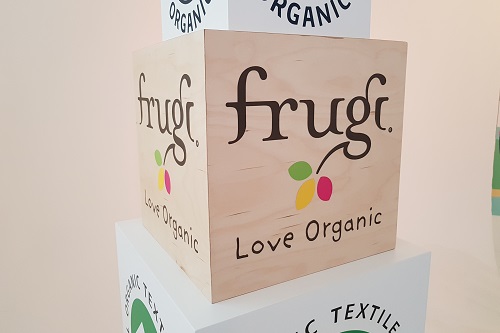 I have always thought of cotton as a ‘natural’ fibre, but if it’s not organic the production of it is anything but. According to the Environmental Justice Foundation cotton uses 2.5% of the world’s cultivated land, yet uses 16% of the world’s insecticides. Three of the world’s most hazardous insecticides are among the top 10 most commonly used to produce cotton, running off into freshwater habitats and causing oxygen free ‘dead zones’.

Organic cotton, on the other hand, isn’t treated with pesticides, insecticides, herbicides or genetically modified organisms – all toxins which are harmful for farmers and workers, us as consumers and entire wildlife eco systems. It can be grown alongside food, and because no harmful chemicals are used you’re safe in the knowledge everyone involved is protected. 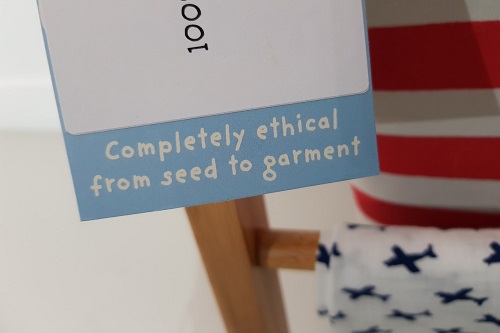 From an environmental point of view buying organic cotton is a no brainer, but there’s also the cost to consider. Of course an organic cotton baby grow will cost you more than one you can pick at the supermarket, but can we afford not to try and shop better if we can?

For example, as well as using organic cotton Frugi also uses recycled plastic bottles to make its waterproof jackets and all in ones. 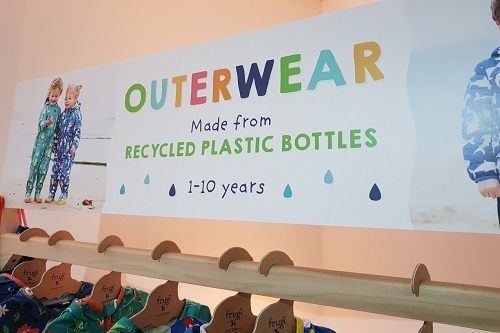 This year they will repurpose more than 500,000 plastic bottles by breaking them down and turning them into yarn to make fabric – which is food for thought for anyone trying to shop smarter. I found this illustration particularly powerful. 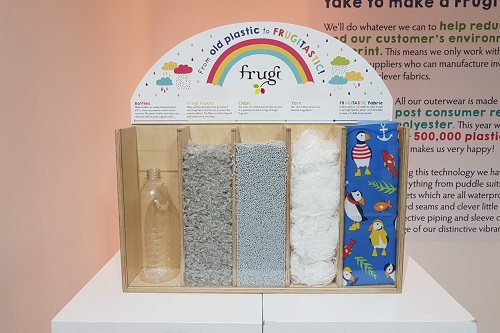 So, from ditching sandwich bags in favour of a reusable school lunchbox to buying eco-friendly where possible, from now on I’m going to try and make small changes where I can. Because small changes can add up to a big change, right?

Do you worry about your family’s impact on the environment? Have you made any changes to your consumption or buying habits recently? I’d love to know what they are!