Are you looking forward to Mother’s Day this weekend? 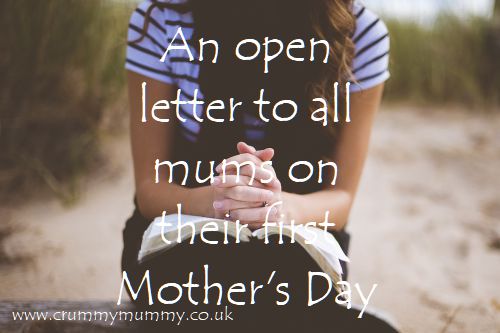 It’s my seventh Mothering Sunday this year and I’m hoping it will be a far cry from my first Mothering Sunday, when Misery Guts woke up, puked all over the bathroom floor and disappeared back to bed with a migraine leaving me flying solo (and clearing up sick). I was so disappointed.

With that in mind I called on some fellow mums who have also been the unwitting victims of Mother’s Day fails to help me compose an open letter to all mums on their first Mother’s Day.

An open letter to all mums on their first Mother’s Day,

First of all let’s get one thing straight: Mother’s Day is not – I repeat not – ‘just another day’. It’s your day.

It’s a day you deserve to lie in bed until you wake up, not when you’re forced out of slumber because your bundle of joy decides their day has started so yours has too. 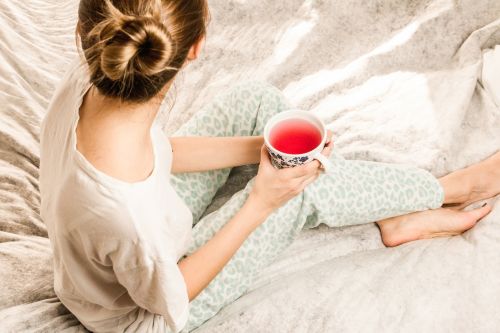 It’s a day you deserve off from dishwasher emptying, washing machine loading, bum wiping, meal cooking and the 101 other jobs there are to do every day.

It’s a day you deserve to wee in peace, wash in peace, get yourself ready in peace and spend time to yourself that you just don’t have in the normal scheme of things. 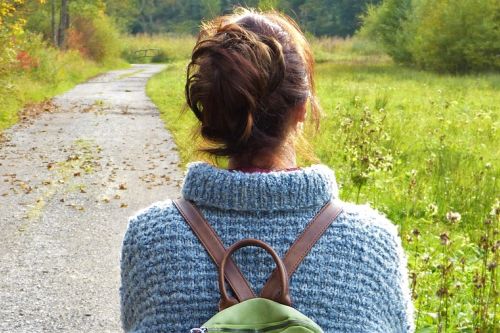 Because if you can’t have the day off from menial tasks and get a bit of time to yourself on Mother’s Day, when can you? It’s not like you’re asking the earth either – all of the above are free – which is why Mother’s Day is not – I repeat not – just another day.

The thing is though, it’s not necessarily quite that simple.

What with dads desperate to get it right and overexcited kids, I’ve said it before and I’ll say it again, Mother’s Day is a recipe for disaster when you think about it. I’ve written before about reasons why Mother’s Day is a bad idea, and it’s the expectation that puts a real spanner in the works.

“We drove down to Brighton for my first Mother’s Day,” says Amy at All About A Mummy. “We couldn’t park the car because it was so rammed and missed the table booking as a result. We ended up down at the marina where there was parking but waited hours for a table. Then I ran out of breast pads so I had leaky boobs. Not the best start to my Mother’s Day experience!”

And although we’ve established that Mother’s Day is by no means just another day, the thing is there’s no getting away from the fact that to your new arrival Mothering Sunday is just another day.

“For my first Mother’s Day we went out for lunch and my son was projectile sick in my hair, down my back and inside my top so I stank of sick the whole time,” says Lianne at Anklebiters Adventures.

There’s also no getting away from the fact that your other half may need a bit of steering in the right direction.

“For my first Mother’s Day with my daughter I mentioned to my husband that you could also get wife cards,” says Amy at Mama Mighalls. “He thought that meant I only wanted a card off him and not our daughter! Safe to say I wasn’t very happy with him.”

And there’s a chance he could forget altogether.

“My husband forgot my first one after my son was born but remembered his own mum!” says Jennie at Rice Cakes and Raisins. “He’s not forgotten since.”

Of course, if it doesn’t go according to plan you could simply go on strike.

“When the bigger kids were around seven to 13 and I was pregnant with number six my partner assumed they’d sorted out Mother’s Day, didn’t ask and didn’t arrange anything,” says Jenny at The Brick Castle. “I got one crumpled card which one of the kids had made at school and took to my bed at 10am for the entire day. Funnily enough it was a lesson they all took on board and it’s never happened again!”

So while it might not go according to plan, your other half might not get it quite right and there’s a chance sick is involved, make the most of it and remember this is YOUR day!

Love from a third time mum on her seventh Mother’s Day (& five other mums who have been there, done it and got the T-shirt!)xxxxxx

Is it your first Mother’s Day this year? Or are you a seasoned pro? Either way I’d love to hear about your experiences – good and bad!