Do you spend equal amounts on your kids at Christmas? 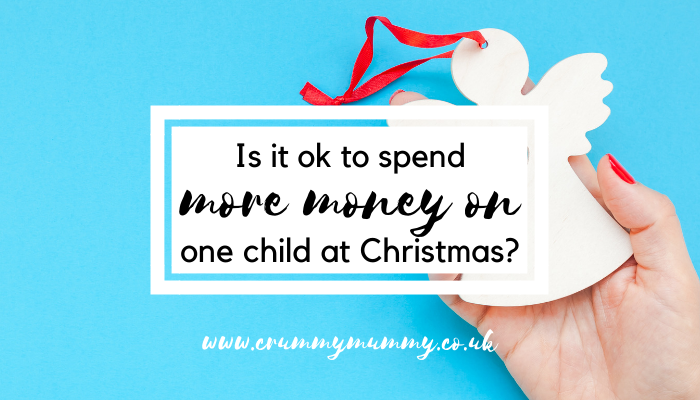 As a mum of three I know how hard it can be treating all my children equally, not just at Christmas but all year round.

When it comes to present buying treating them fairly can be even harder, because it stands to reason that an eight-year-old is going to have more wants and needs than a two-year-old, for example – and the older they get the more expensive those gifts tend to become.

But even so, I firmly believe in treating children fairly and don’t think it’s right spending more on one child than another.

According to a study by discount voucher website myvouchercodes.co.uk a quarter of British parents revealed they spend an average of £115 more on one child than their others at Christmas, with reasons ranging from the child in question being easier to buy for to 22% admitting to having a favourite child. And I have to say I was shocked!

I can understand £10 here or £20 there – but £115?! I don’t know about you, but I think it’s really important to treat children fairly and each child the same, especially when the concept of fairness is so important to kids themselves. 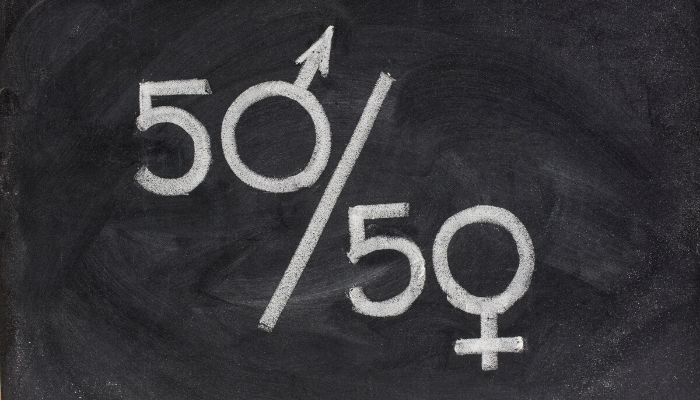 The sense of wrong they feel if they think something isn’t fair is so strong that I think it sends the wrong message if us mums and dads aren’t treating them the same as their brothers and sisters – and I’ve had a bit of a rant about it with my journalist hat on in the latest edition of Woman’s Own magazine. 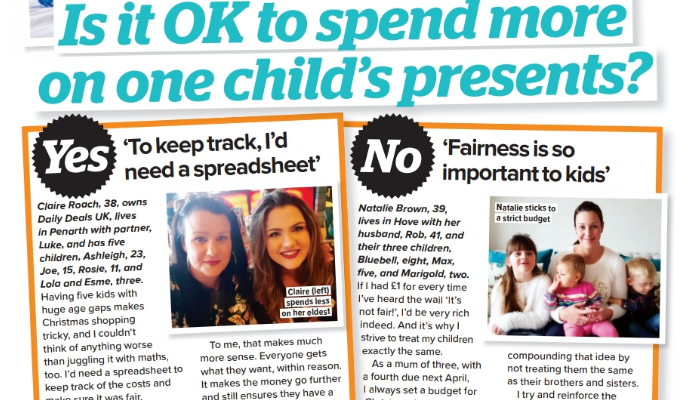 I’m firmly in the ‘no it’s not ok’ camp. I always set a budget for Christmas, and I always make a list of what to get each child for both their stockings and from us before I go shopping so I know they’ll get equal amounts of presents at roughly equal cost.

As I say in my piece for the magazine (shameless plug alert!) it’s really important to me that when the kids are grown-ups themselves they look back and see that they were all treated fairly – not just financially but in all aspects of their childhood.

What do you think? Do you try and spend equally on your kids at Christmas? Or are you one of the one in four who doesn’t? I’d love to hear your point of view!

If you’d like to read the Woman’s Own debate in full you’ll find it on the inside back page of the December 2 edition, out now!

How much does it REALLY cost to raise a child?