Five days. That’s how long it was after Littlest B was born before we had a picture taken together. 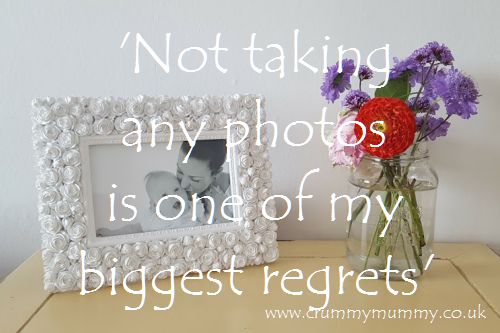 Plenty of pictures were taken, only as is often the case as a mum we’re behind the camera instead of in front of it. And it’s one of my biggest regrets.

When Littlest B was born just after 4am on a cold grey morning this February I remember being reluctant to be caught on camera. Indeed those just-after-birth photos with BB and Little B made me cringe at the time – I was furious when Misery Guts posted one on Facebook – but when I look back at them now I love them.

So why didn’t I remember that with Littlest B? Being baby number three I think there was just so much going on that it took me five days to realise that – with the exception of a photo on my mum’s phone with me in the background – there was no photographic evidence of the two of us together.

Here’s the very first photo of us when she was five days old – taken in rather dodgy light in the pub with a half-eaten roast dinner in the background. I think you’ll agree it’s hardly one for the photo album! 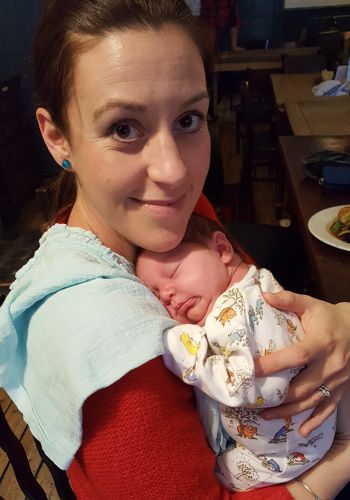 So when portrait photographers Barrett & Coe got in touch to see if I’d be interested in reviewing one of their baby photoshoot sessions it was the perfect chance to rectify the situation.

They offer a range of packages including a one hour baby photography session (£170) in which you get a photoshoot, a viewing appointment showcasing all the photos taken at your session, a free 10″ x 8″ mounted print of your choice (worth £75) and entry into their Baby of the Month competition in association with Emma’s Diary.

We were put in touch with our local studio Phase Photography in Portslade, East Sussex, and award-winning wedding and portrait photographer Faye Collyer Rolls.

After booking our session Faye ran through everything over the phone, asking what I hoped to get out of the day and she suggested I bring several different outfits for Littlest B, plus any special toys she has.

She also phoned the day before our session just to check if I had any last minute questions.

What happens when you get there

As soon as I met Faye I could tell she has a way with babies and is used to working with children – she didn’t bat an eyelid when Littlest B decided to fill her nappy right before our session was due to start, and I felt totally at ease breaking off from our shoot to breastfeed her too. There was no rush or pressure.

The studio is bright and airy with all sorts of props from weighing scales in which to put newborns (super cute!) to the most gorgeous hats for nudey baby shots.

All I really wanted was to get some nice shots of Littlest B and I that didn’t involve half-eaten roast dinners or being in the pub, so with direction from Faye we stood in front of the camera and she snapped away.

Because of the relaxed environment Littlest B played ball and was all smiles – I couldn’t wait to see the result! 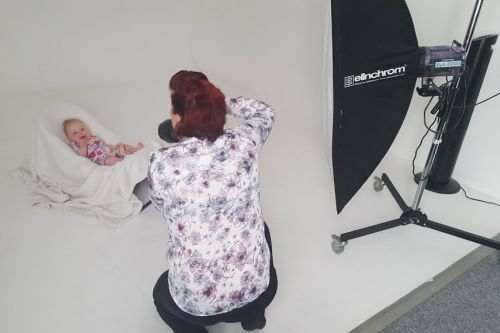 After your photoshoot an appointment is made for you to come and view your photos. I imagined looking at them on a computer screen but instead it was more like a home cinema experience!

We were invited into a comfy room with a sofa and a big screen on the wall. Faye dimmed the lights for a slideshow of our images to music, which to be honest made me a bit teary eyed! 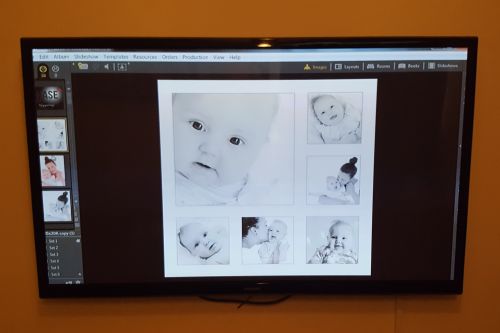 The good thing about the big screen is that you can see your images really clearly, and you can also see how they might look when framed and mounted at home. 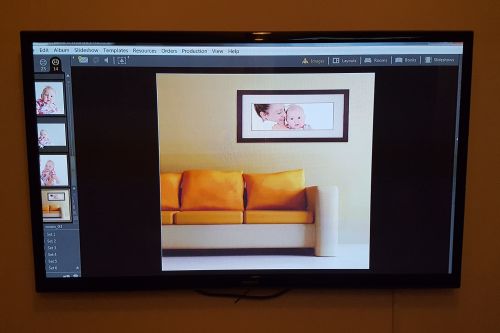 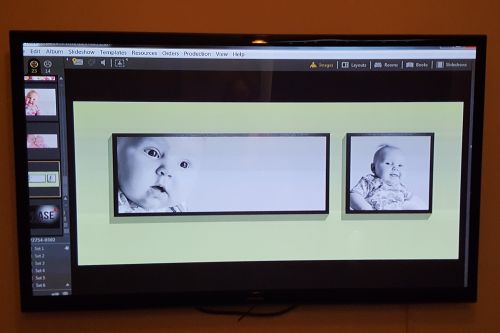 I was blown away by the images Faye captured. They were so natural and detailed – picking up all of Littlest B’s baby features. 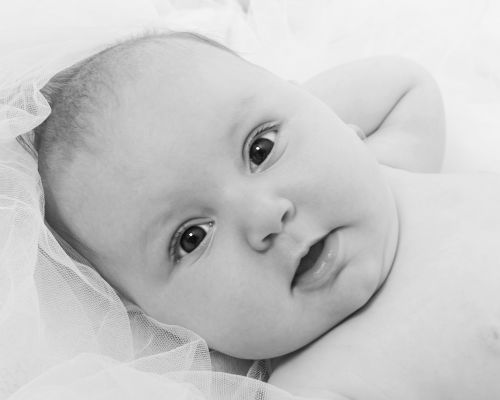 And as for pictures of the two of us together, I think Faye nailed it… 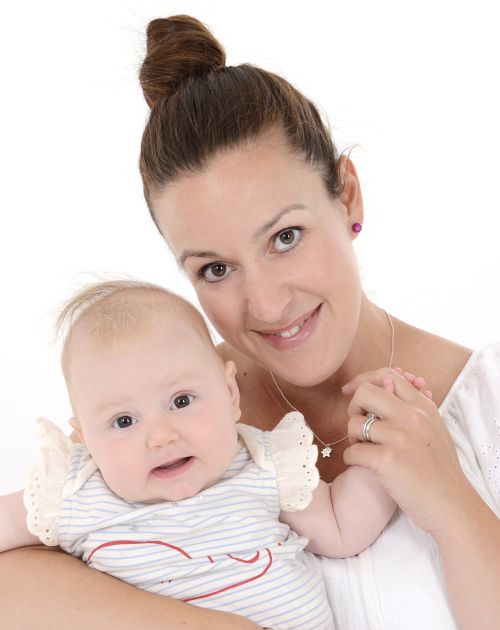 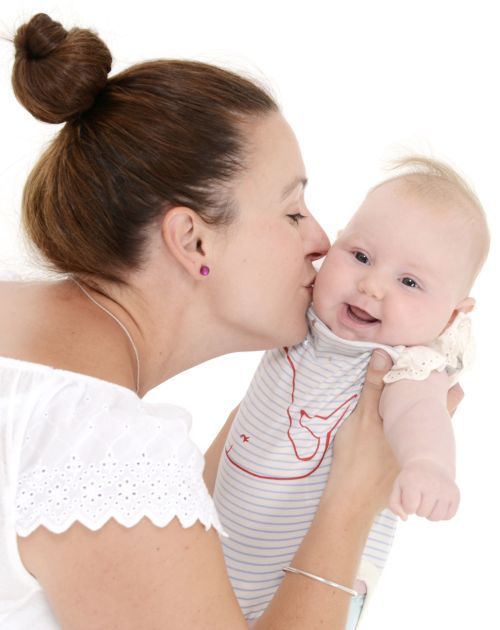 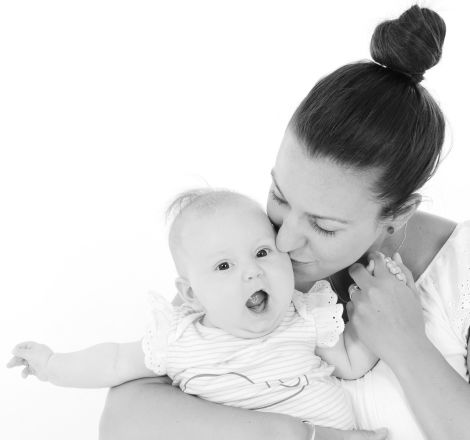 As you can imagine I’m delighted with the result! So if you’re guilty of all-too-often being behind the camera instead of in front of it I urge you to do something about it.

Although not taking any photos in those first four days is still one of my biggest regrets the results of this photoshoot with Faye are priceless. Thank you Faye for putting it right! 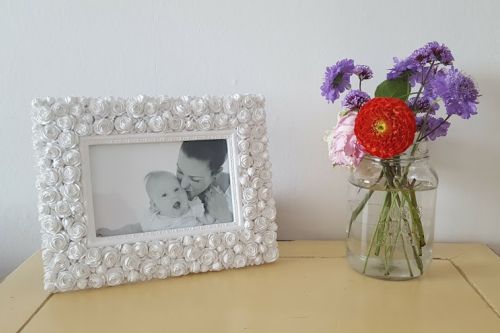 Littlest B will also be entered into the Baby of the Month competition, giving us the chance to win a £100 Mothercare voucher and entry into the annual Baby of the Year competition, for which the prize is £5,000. I’ll let you know how we get on!

Do you regret not taking enough photos when your little one was born? Have you had or would you have a professional photoshoot? I’d love to know your experience!

We received this photoshoot free of charge in exchange for this review. As always all opinions are my own and based on my own honest experience, and I would never recommend a service I don’t truly believe in.