Is not RSVP’ing to party invites really that bad?

Disorganised, ignorant, rude, uncaring and selfish – that seems to be the general consensus when it comes to parents who forget or fail to RSVP to kids’ party invites.

But is not RSVP’ing to party invites really that bad? 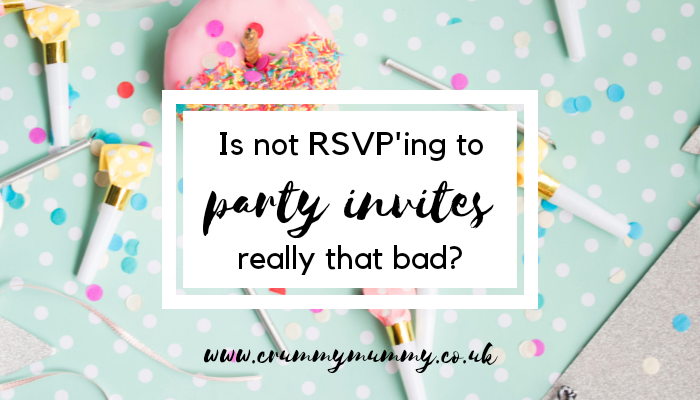 I’m pretty sure I’m not disorganised, ignorant, rude, uncaring or selfish but I do fall into the camp of late RSVP’ers – indeed it’s among my top 10 parenting fails. And when I say late I mean the day before the party late.

I was reminded of this when the middle one came home from nursery with a second birthday party invitation from the same child with a handwritten note from the mum on the back. I genuinely thought I had RSVP’d, but apparently not.

It’s not the first time, either. I once received a card featuring a glossy bunch of flowers from a mum asking if I could please RSVP to her earlier invite at my earliest convenience because she needed to know how many party bags to make. I felt terrible.

According to one thread I’ve read on a well-known parenting website parents who don’t RSVP – or RSVP late – are ‘total ars*holes’ as well as disorganised, ignorant, rude, uncaring and selfish. But I’m pretty sure I’m not one of those, either. So, what can I say?

I’m sorry for starting to RSVP only to be called away to referee or deal with some child-related emergency and then forgetting all about it for a week or two.

I’m sorry for RSVP’ing without realising I hadn’t pressed send, and discovering my RSVP a week or so later.

And I’m sorry you felt the need to send a brand new invitation and card with a handwritten note inside.

I’m sorry for being a sleep deprived outnumbered mum doing too many things and none of them well. It’s nothing personal. The thing is, though, RSVP rage is real, so I asked some fellow parenting bloggers what they think and was genuinely surprised at the strength of feeling.

Is not RSVP’ing to party invites really that bad?

“I hate it. I think it’s really rude not to reply when someone’s taken the time to give you an invite and will undoubtedly be spending money on the event – especially when most RSVPs now are as easy as sending a text!” says Hayley who blogs at Devon Mama. “Even if you’re not sure you can make it, surely it’s polite to say that to the host?! It makes me so mad!”

“It’s extremely rude. I always think that it only takes a few minutes to send a text either way,” says Latoya who blogs at Pure Nourish. “You also have to factor in that some party venues still charge you for no-shows, and that place could have been offered to another child if you have been given notice from the parent that they weren’t able to attend.” 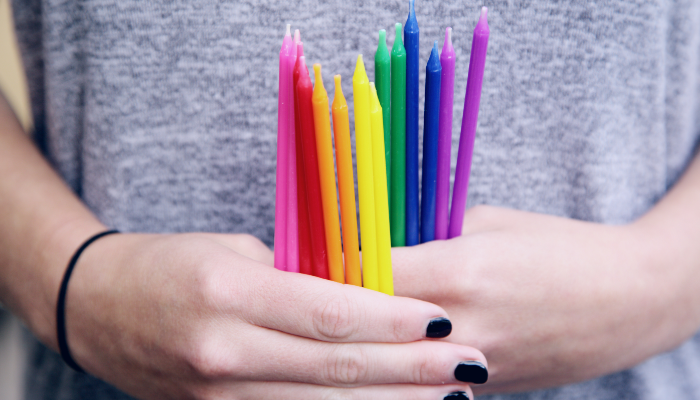 “I really don’t understand why so many people don’t RSVP,” says Mary who blogs at Over 40 and a Mum to One. “We all have phones. A simple text with yes or no takes seconds to send. It’s a nightmare when you have something like a bowling party and you’re trying to sort out how many lanes etc you need and food. It drives me mad.”

“I find it frustrating when people don’t respond at all, it means I end up having to make sure I have party bags for children who may not turn up and is a pain when having to work out how many to cater for,” says Louise who blogs at Little Hearts Big Love. “To be honest though, I have forgotten about a party invite before now and left it late to reply. I try to put it in the diary straight away now and respond quickly so I don’t forget.” 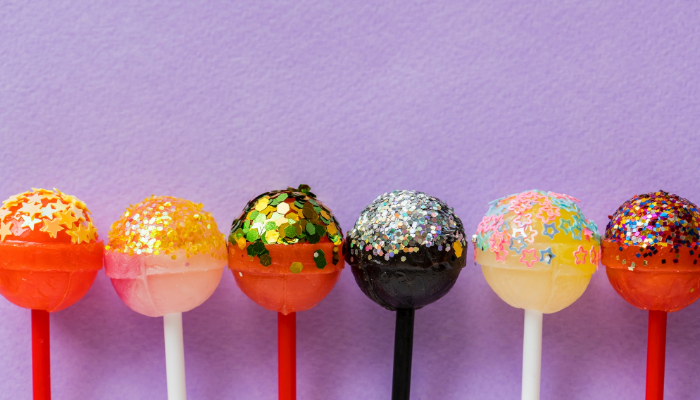 “I have a pal who replies yes to every invite whether her children can make it or not,” says Susan who blogs at Edinburgh Mummy. “She decides on the day whether they’re going. Only found out when her child didn’t turn up at my son’s party after RSVP’ing yes. She was like ‘oh you have to expect no-shows, there’s always 2/3 children say yes who aren’t coming’. Eh nooooo!!”

“It takes two minutes to reply to an invite with a yes or no and I think it’s pretty rude not to reply,” says Fran who blogs at Back With a Bump. “I arranged a soft play party a few years ago and one person who hadn’t RSVP’d had the cheek to turn up an hour into the party! I told the venue to turn them away! When you’re on the other end of party planning I know how infuriating it is when people don’t reply so I always try and reply within a day of receiving the invite.” 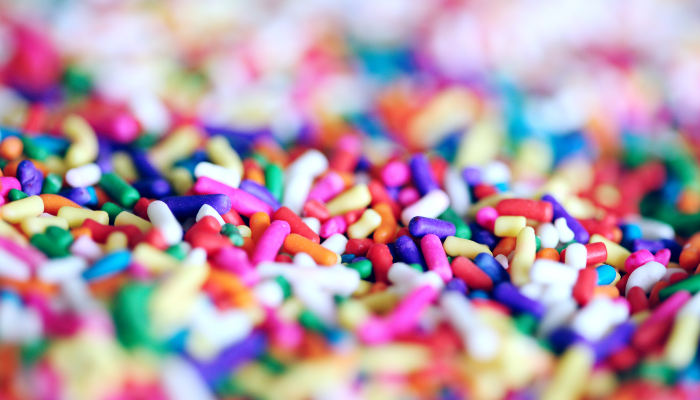 “What I find worse is if someone rocks up with siblings who want to join in,” says Alice who blogs at Living with a Jude. “Some parties are limited by the number involved so it’s a bit cheeky. I had one parent come to my daughter’s party with her other child. I ended up having to pay for them to take part.”

“I had people RSVP’ing on the morning of the party!” says Lisa who blogs at Mummascribbles. “Luckily I had extra party bags and goodies, but it’s really stressful not knowing how many people are going to turn up. And considering I see all of the mums every day in the playground, it wasn’t like they had a lack of opportunities to tell me their plans!”

“I don’t think anyone deliberately doesn’t RSVP at all,” says Kate who blogs at Modern Mum. “When the kids come out of school telling you about ‘cake sale on Thursday, dress up next Tuesday’ then pass you five letters and all their bags etc I think it is easy to slip your mind to respond quickly to a birthday invite. However, if after a week I am still waiting on RSVPs I just send a gentle reminder and I hear back straight away, equally, if I have forgotten, I apologise and let them know straight away. I think us parents should give each other a break, as much as we would like it to, the world doesn’t revolve around our little darlings.”

“I’m one of those forgetful mums that don’t reply or say they will then don’t turn up (it’s only happened once!)” admits Laura who blogs at Laura Leanne. “I’m just super forgetful and unorganised. The kids hand me the invites straight out of school with a thousand other things, whilst chatting total rubbish to me and it’s all a bit chaotic. It’s never done intentionally.” 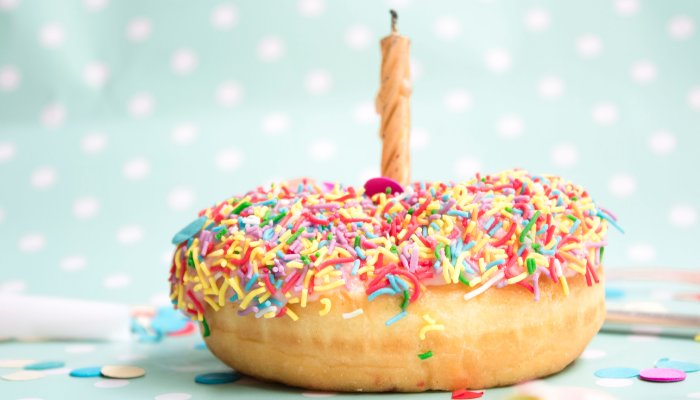 “I’m pretty laid back so it wouldn’t bother me if people didn’t RSVP, I would probably just make a point to ask them outright if there was a need for a formal number,” says Kate who blogs at Ever After With Kids. “A kids party shouldn’t be too serious and stressy, it’s supposed to be fun!”

What do you think? Do you get RSVP rage, or are you an unintentional late RSVP’er like me? I’d love to hear your point of view!

Savvy ways to plan a christening on a budget

10 wishes for my daughter on her 2nd birthday