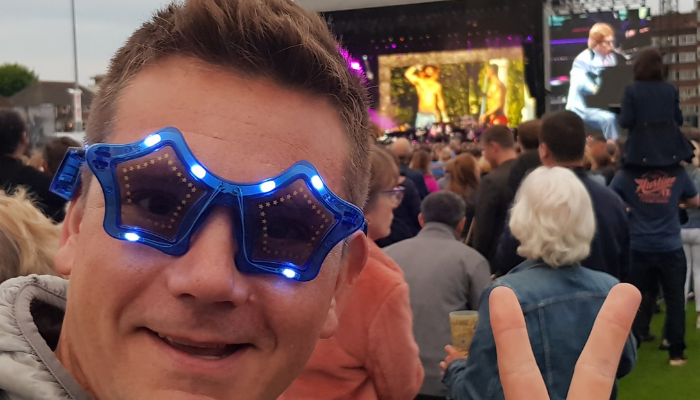 As it’s Father’s Day I thought it appropriate for #MySundaySnapshot this week to feature the man himself. I took Misery Guts to his first ever pop concert this week – Elton John’s Farewell Yellow Brick Road Tour – and it’s fair to say he rather got into the spirit of things! If you head over to my Instagram feed a little later on you’ll be able to see what we’ve bought him this year after he’s opened it – we were rather pleased with the result! If you’re marking Father’s Day in your house too I hope you have a great day – Happy Father’s Day!