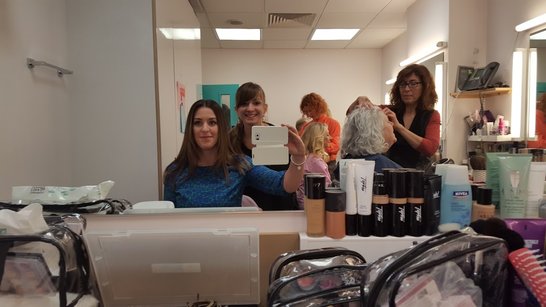 I know you’re all probably sick to death of hearing about my appearance on ITV’s This Morning this week but I chose this picture for #MySundayPhoto having woken up and heard about the death of Sir Terry Wogan. This photo was taken in hair and make up at the studios on Wednesday, and last time I was there – just four months ago – I was sat right next to Sir Terry who was there to promote a concert he was hosting. He was the perfect gentleman when I had to feed Little B but didn’t have a muslin with me because I’d left it in the green room. I’ll always remember that. RIP Terry.