And how much is too much? 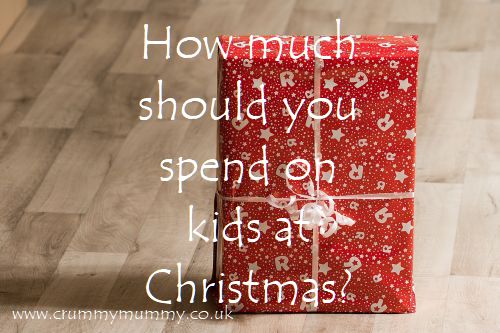 In our house the kids get stockings from ‘Father Christmas’ and one ‘main’ present from us – as well as what they receive from family and friends – and I’ve always set a budget for both (see 10 clever ways to save money on Christmas gifts).

But with three kids in the house this year it’s all adding up – and the older they get the more expensive the presents seem to become too (have you seen the cost of Hatchimals?)

So I asked some fellow mums and dads what they spend on Christmas presents for their kids and was surprised at the response – ranging from £10 to almost £700!

“I’ve just done my kids stockings in the pound shop; £10 for my three-year-old and £8 for my one-year-old,” says Aleena at Mummy Mama Mum. “Growing up, stockings were all about little token things that wouldn’t make the main present pile. They were specifically small enough to fit in an average stocking, and ALWAYS included sweets/chocolate!”

“We probably spend around £50 each on stockings,” says Pete at Household Money Saving. “We aim lower, but the costs always stack up. I think the right amount is however much you can afford without stretching yourself.”

“It’s mainly going to be things I’ve had in goody bags – blogger perks!” says Fran at Whinge Whinge Wine. “Without that I’d say no more than a tenner including a selection pack.”

“If I spread it throughout the year it usually totals about £200 because it’s so easy to lose track,” says Jenny at Accidental Hipster Mum. “If I’ve left it late we can usually only afford £80, then right near the day we head to the pound shop to bulk it out.”

“We spend no more than £30 on the stocking presents that come from us. We’ve allowed £150 in previous years for Father Christmas presents but this year that budget is completely blown, ” says Catherine at BattleMum. “My hubby has bought our son an electric bike and all the kit too. Next year we’re back to the budget I can tell you!”

“I’ve spent around £150 on both of mine in total on all their presents – a boy, two, and girl, five,” says Victoria at Lylia Rose. “They’ve both got scooters and helmets as their main presents and then a few smaller toys. I try not to buy throwaway toys and things that can be reused or given away after we’ve used them.”

“Santa usually just brings a couple of presents and then the rest come from us,” says Jodie at Life With Pink Princesses. “We’ve spent nearly £700 in total so far for our three daughters. It’s breaking the bank!”

“Actual gifts all come from Santa in our house and we spend quite a lot, around £500 per child and we have three,” says Lindsay at Newcastle Family Life. “However we spend what we can afford and never get in any debt.”

“I don’t add it up, perhaps for fear of realising just how much we have spent,” says Laura at Five Little Doves. “But I would say I spend a little more than I should but never more than we can afford. I also think it depends on the age of the child too, the older they get the more expensive things are!”

“I wouldn’t say I’ve ever added prices at Christmas because it would probably scare me because it is also my son’s birthday,” says Emma at Emma Reed

“We decide what the children will really like each year, rather than looking at the cost,” says Kate at Five Little Stars. “This doesn’t mean I’m spending with wanton abandon, just that what they want is more important than what is costs.”

How much do you spend on your kids at Christmas? Do you have a set budget or rule of thumb you stick to, or does it all end up going out of the window? I’d love to know how you do it!