‘You should be ashamed of yourself’.

That’s what a man told me when I was waiting at a bus stop with the kids on the school run recently. 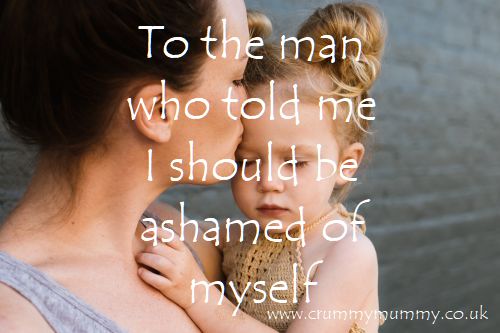 Little B was asleep in the double buggy, Littlest B was gurgling happily in her seat underneath him and BB was skipping around them while we waited for the bus home. I had my phone in my hand, and it was this to which the man was referring.

I was so surprised that I asked him to repeat himself because I wasn’t sure I had heard him correctly, but yep – I had. I should be ashamed of myself for being on my phone in front of the kids.

I was so shocked I was speechless. Speechless with indignation and fury. How dare he? How dare he judge me and my family?

It may have looked like I was idly scrolling through Facebook or WhatsApping a friend (frankly even if I had been, so what?) but in fact I was replying to quite an important work email.

As a freelance journalist I work full time hours from home around the kids, which means instead of a ‘nine to five’ it’s more a case of ‘when I wake up until when I go to sleep’. Along with Misery Guts (who also works from home as a freelance journalist) we juggle the school run, nursery drop offs and pick ups, after school clubs, nappy changes, mealtimes and everything else that goes with raising a family with our deadlines.

As a result we both routinely work at least one day at the weekend – sometimes two – and often work into the evenings when the kids are asleep.

If I’m lucky I get an hour or two of wind-down time before bed, when the night shift starts with Littlest B and which, owing to the fact she’s breastfed and I have boobs and Misery Guts doesn’t, means I’m the officer in charge.

It’s only because of our situation that I’ve been able to exclusively breastfeed all three (I even gave up my dream job to breastfeed). The kids have all been to nursery but never on a full time basis, we don’t use an after-school childminder and neither of us has ever missed a school play or nursery performance.

All of this means I make the most of every spare minute – like responding to emails at bus stops.

Did I say any of this to the man who thinks I should be ashamed of myself for using my phone in front of the kids? Of course I didn’t. He was gone in seconds, and like I say I was quite literally rendered speechless.

But if I had said something here’s what I should have said: you, sir, should be ashamed of yourself. 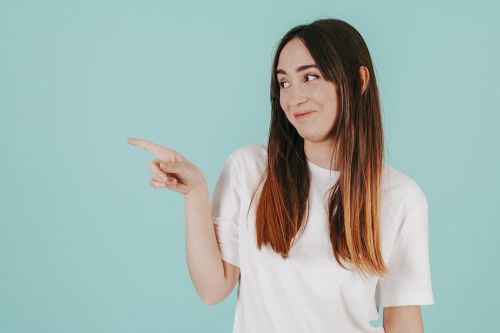 But what I do know is this: never judge a mum who’s scrolling through her phone in front of her kids. You don’t know what she’s doing on it, and the chances are she’s simply doing the best she can.

Do you use your mobile phone in front of your kids? Have you ever inadvertently judged a parent when you’ve seen them scrolling through their phone when on duty? I’d love you know your thoughts!