Lullaby star cube review: worth its weight in gold

Bed times have taken on a new routine in our house of late. BB is no longer so tired that she’s asleep as soon as her head hits the pillow; instead she insists she’s not sleepy. We’ve started letting her read books in bed, but with her stretching this out later and later and with the start of school looming in September we really need to get bedtimes in check again.

So when the Good Life Guide asked us to review their lullaby star cube, which is designed to induce sleep (pictured), I jumped at the chance. The cube softly lightens a darkened room by projecting colourful stars onto the ceiling while playing soothing music. 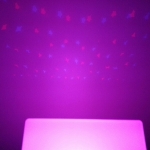 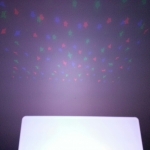 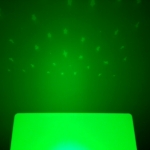 You can choose from waves gently lapping on the shore and bird song to more traditional lullabies and the cube comes with a timer so it automatically switches off after 30 minutes. 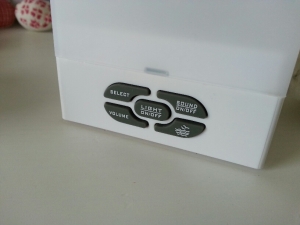 BB loves it. At this time of year you do need a really good black out blind for it to work properly: unless the room is pitch black the stars don’t quite make it to the ceiling. But BB is happy shining it against the side of her chest of drawers which makes exactly the same effect.

We’ve been letting her hold it in bed and fiddle with the settings (also pictured) and every time she’s used it she’s been asleep within 10 minutes, which lately has been unheard of. 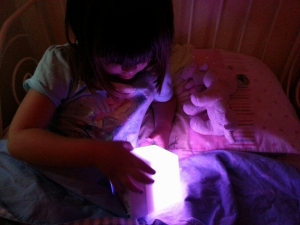 At £14.99 there are probably cheaper sleep aids, but the cube does the trick and has her sleeping soundly within minutes, which is worth its weight in gold.