We’ve all been there. It’s 3am, you’ve fed them, burped them, changed them, cuddled them and settled them back in their cot. And they still won’t stop crying.

You’ve got up again, taken them into another room (because everyone says a change of scene should do the trick – it doesn’t) and now you’re racking your brains about what could possibly be wrong with them. 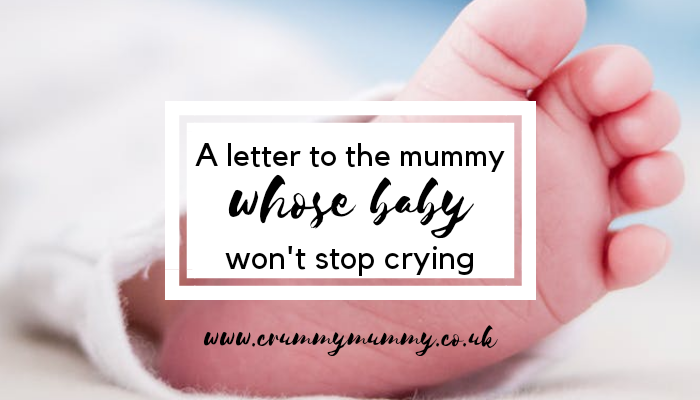 If that sounds like you you’re not alone: according to NHS Choices, colic is the name for excessive, frequent crying in a baby who otherwise appears to be healthy. It affects one in five babies and tends to begin when they’re a few weeks old, lasting as long as six months.

In a bid to offer support, solidarity and information to anyone going through a rough first six months with their newborn, Britain’s number one colic remedy Infacol has made September Colic Awareness Month to help parents, carers and healthcare professionals swap stories about soothing crying babies and know that there is light at the end of the tunnel. 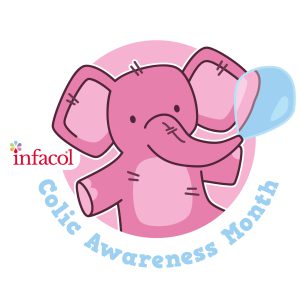 Having been there, done it and got the T-shirt not once, not twice but three times I’ve teamed up with Infacol to help bang the drum about Colic Awareness Month by sharing my experience in a letter to the mummy whose baby won’t stop crying, and we’re also giving away a bundle of Infacol goodies for anyone dealing with trapped wind, colic and griping pain (scroll down to find out more!)

To the mummy whose baby won’t stop crying,

I get it. You’ve done everything right: bath, book, feed, wind, lots of cuddles, bed. The temperature in their bedroom is just right. The blackout blind is up. It’s been just the right amount of time since their last nap. And yet they still won’t stop crying.

They’re clenching their fists, they’re drawing their legs up to their tummy and the more they cry, the redder they get. You’re tired, they’re tired. We’re all tired.

So you pace around the living room with them straddled over your forearm, their little head cupped in your hand. Even though your arm is aching so much it feels like it might drop off. 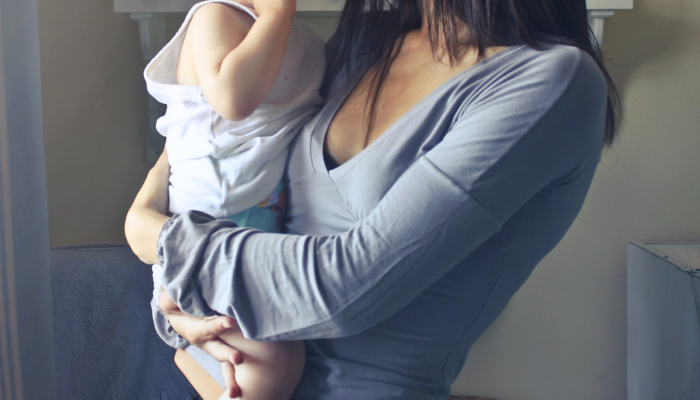 You’ve tried the bicycle trick, laying them on their back and rotating their legs just like they’re riding a bike. Even though they hate it.

You’ve tried raising one side of their crib so their head is higher than their torso too. But still they won’t stop crying.

You wonder what you’re doing wrong, what you missed in the ante-natal class, what everyone else surely knows but you somehow don’t. 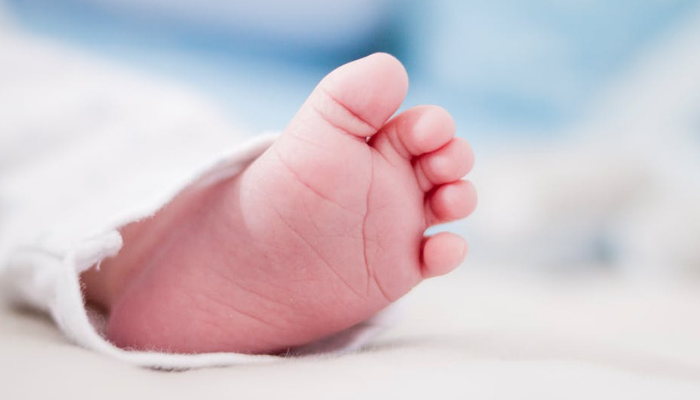 So you reach for your phone, desperately searching for answers in the half light of the night light. The trouble is infant colic is tricky to diagnose, and even the experts can’t agree on what actually causes it. All you know is trapped wind is almost certainly involved.

And the trouble is babies don’t come with instruction manuals (more’s the pity). But if they did you know colic would definitely be in it.

What can I say? You’re not alone. Try everything the experts say. Ask for all the help you can. You’ve got this and you’re doing just great. Trust your instincts. And it will get better.

Love from a mummy who’s been there, done it and got the t-shirt x

If any of the above sounds familiar we’re giving away a ‘Bubbly Bundle’ of Infacol goodies – here’s all you need to know!

WIN a bundle of Infacol goodies for Colic Awareness Month 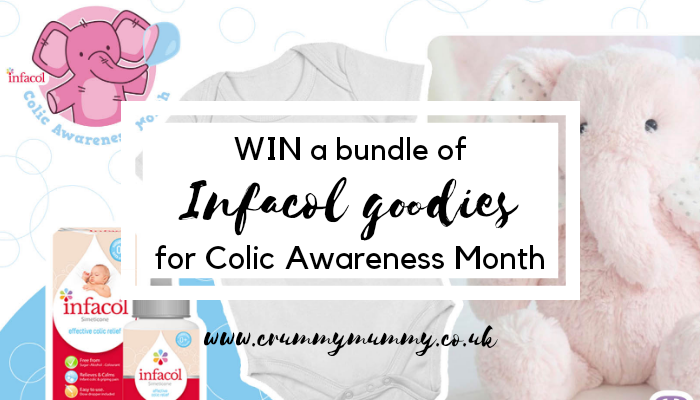 To mark Colic Awareness Month we’ve teamed up with Infacol to give away a ‘Bubbly Bundle’ of Infacol goodies including an Izzie the Elephant cuddly toy, an embroidered sleep suit, a muslin cloth and some Infacol, in the hope that it will go towards making those first six months a little easier!

The competition runs until midnight on Monday September 30, 2019 and is open to UK residents aged 18+ only. Terms and conditions apply. Good luck!

This post was written in paid partnership with Infacol, which has been used by generations of parents to soothe trapped wind, colic and griping pain. It contains an anti-foaming agent called simeticone, which helps to break down gassy bubbles, and in a recent real-world study 93.2% of respondents felt that using simeticone had either improved or completely resolved their baby’s colic. It can be used form birth onwards, it’s sugar, alcohol and colourant-free and has an orange flavour. For more information click here.