Ever worry about unmentionables lurking on soft toys and the surfaces of toys that you can’t simply bung in the washing machine?

As a mum of four it’s fair to say we’ve amassed rather a lot of toys over the years and the question is: How can you really keep them clean, especially when they come with labels like ‘sponge clean only’? 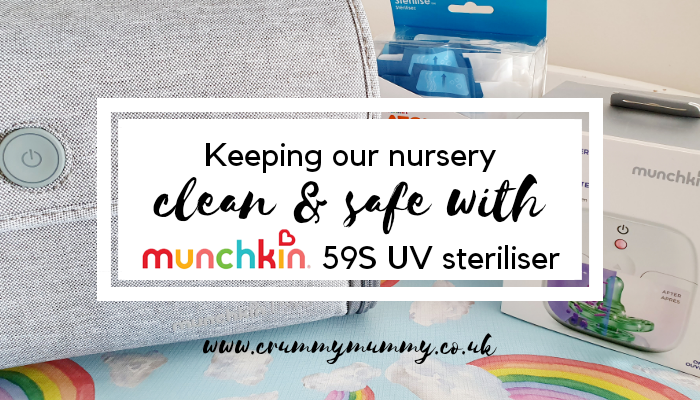 Having welcomed baby number four Violet Hope right at the height of the coronavirus pandemic, like many parents I’m hotter on hygiene now than I was with our other three. Pre-coronavirus I wouldn’t have thought twice about picking up a toy dropped from the pushchair onto a supermarket floor and giving it back to my child, but now I wouldn’t dream of it!

At three months old not only is Violet the dribbliest, goopiest baby I’ve had (she’s pretty much always sporting dribble in one or both corners of her mouth!) but she’s also started putting things in her mouth and chewing them, leaving a trail of goop in her wake. 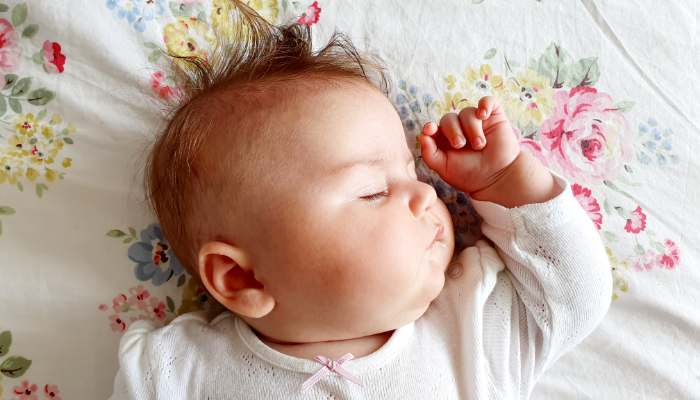 Her favourite thing to chew on is her pram toy, which dangles down from the bar of her pram and spends a large proportion of any trip out lodged firmly in her fist and mouth. 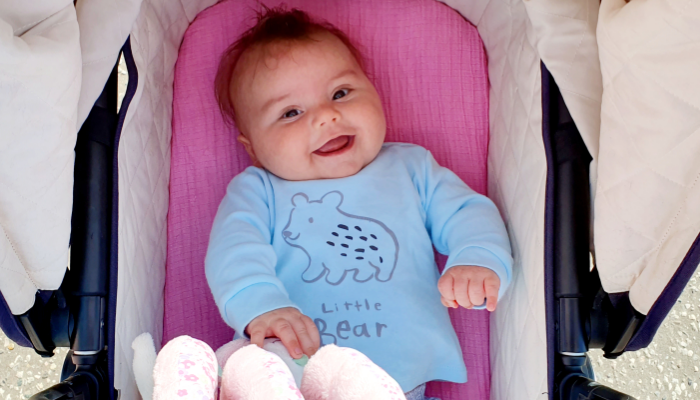 The top of her pram also happens to be the place our cat Eddie likes to have a nap when Violet isn’t in it (don’t judge me – I’ve done everything I can to deter him!) – which begs the question: How can I keep her pram toy clean and hygienic and safe for her little hands and mouth?

We’ve teamed up with BritMums and baby & toddler experts Munchkin to try out a brand new gadget which promises to zap up to 99% of bacteria and viruses on everything from plush toys like Violet’s pram toy to mobile phones: Munchkin’s UV Nursery & Toy Steriliser. 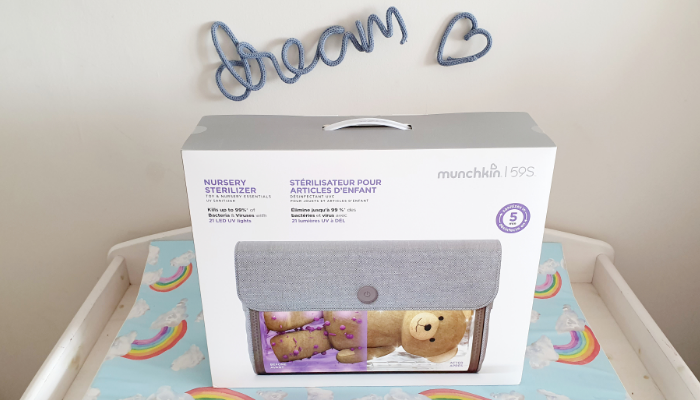 We’re also helping to bang the drum about their new #MunchkinMoments campaign, which is all about capturing and celebrating day-to-day life with little ones – goop and all! As well as the nursery & toy steriliser they’ve given us one of their mini portable UV sterilisers for dummies and bottle teats and a pack of their steriliser bags to try out, so, if unmentionables lurking on soft toys and surfaces is something that you worry about with your little munchkins too, read on!

If you haven’t come across Munchkin before they’re a California-based brand on a mission to simplify life with little ones with the strapline ‘It’s the little things’ – and as a mama to four I know it really is the little things that make a difference.

Anything that helps make my life easier and gives me peace of mind so I can worry about the important things in life gets the thumbs-up from me, which is where Munchkin’s 59S Nursery Steriliser comes in. 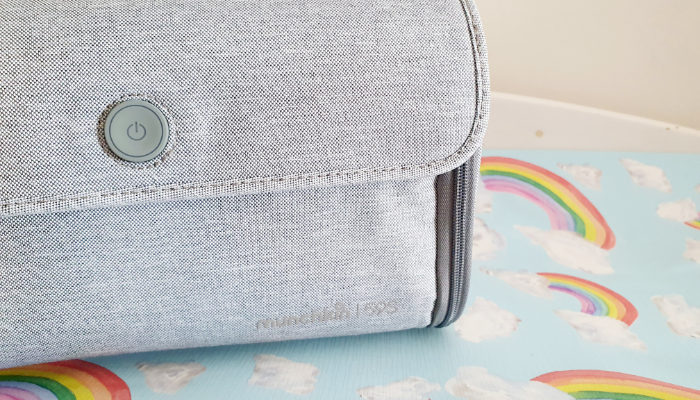 What exactly is it?

The Munchkin 59S Nursery Steriliser kills up to 99% of bacteria and viruses using 21 chemical-free UVC lights – the same lights used by hospitals to disinfect operating rooms. 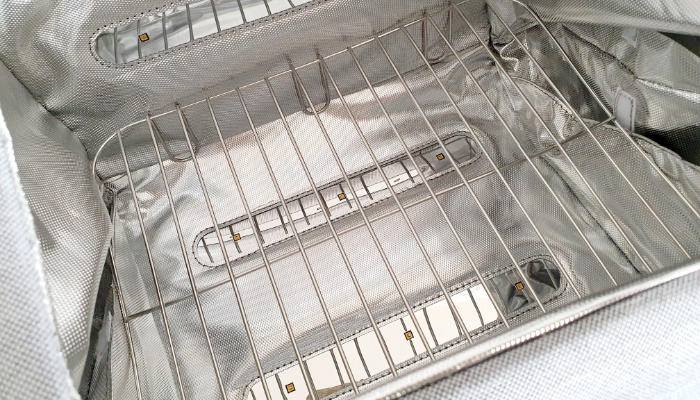 It can disinfect toys, stuffed animals, dolls and other nursery items as well as mobile phones, headphones, iPads and remote controls in just five minutes – which you must admit is pretty impressive stuff! 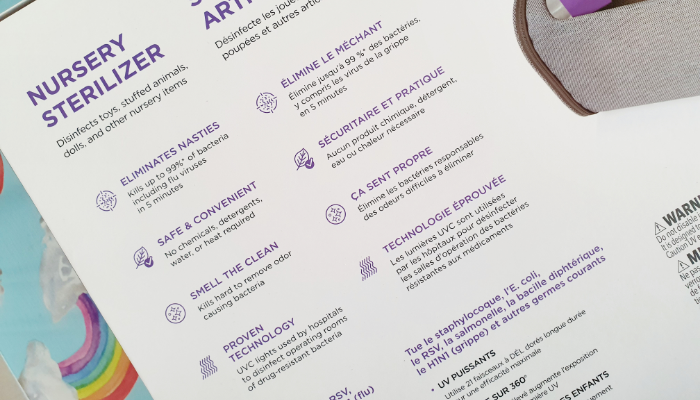 It also folds down so you can store it away and if you’re a regular follower of the blog you’ll know we live in a two bedroom flat with four kids, so it’s important that any new gadgets that come into our home are space saving and compact and can really earn their place. We simply don’t have room for anything that doesn’t get used!

What’s in the box? 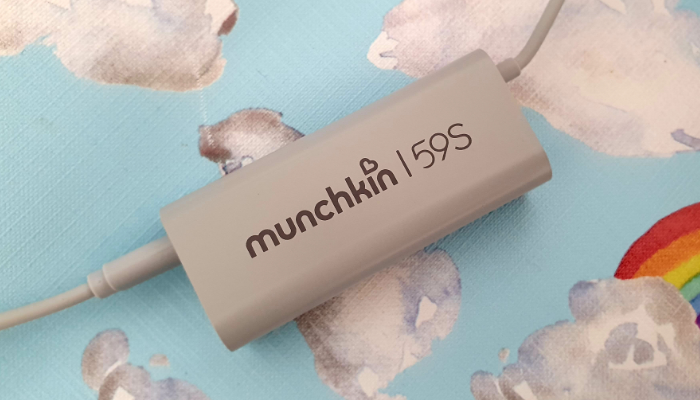 How does it work?

The steriliser uses 21 long-lasting gold LED lights to kill up to 99% of bacteria including flu viruses. It safely kills Staph, E. coli, RSV, Salmonella, Kleb, Influenza and other common germs with no chemicals, detergents, water or heat required. There’s also an auto shut-off if the flap is opened so it’s child-safe too. 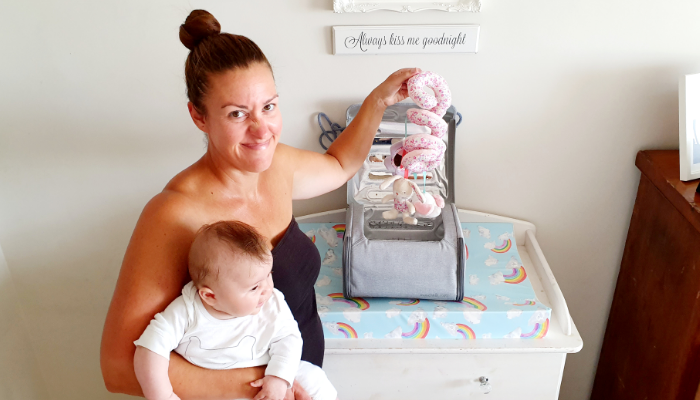 It’s really easy to use: Simply charge up the battery when you’re using it for the first time, check it’s all working properly with the UV test paper included and you’re all set to go. 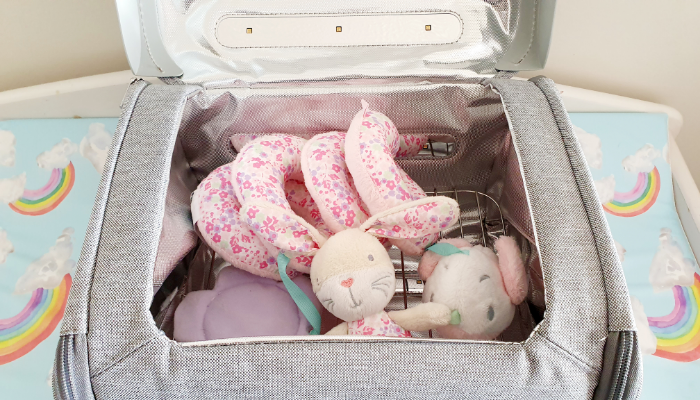 You simply press the power button to start the five minute cycle, during which an indicator light flashes, and when disinfecting is finished, the indicator light will switch off. (If you have a look at my Instagram stories you can see it in action!)

How much does it cost?

The Munchkin 59S Nursery & Toy UV Steriliser comes with an RRP of £129.99 including a one-year limited warranty.

What else is included in Munchkin’s range? 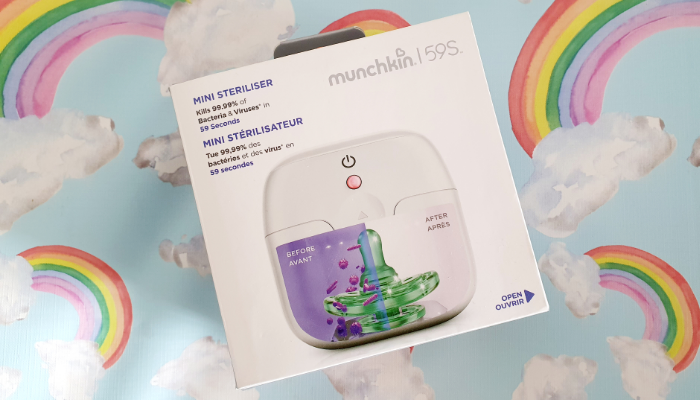 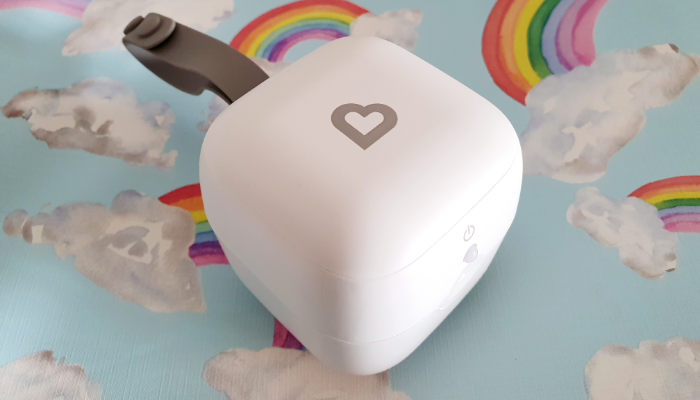 It’s small enough to fit in a nappy changing bag and also comes with a strap so you can hang it on to the side of your pram or pushchair. To put it in context, here it is next to one of Violet’s size one cloth nappies – dinky, isn’t it! 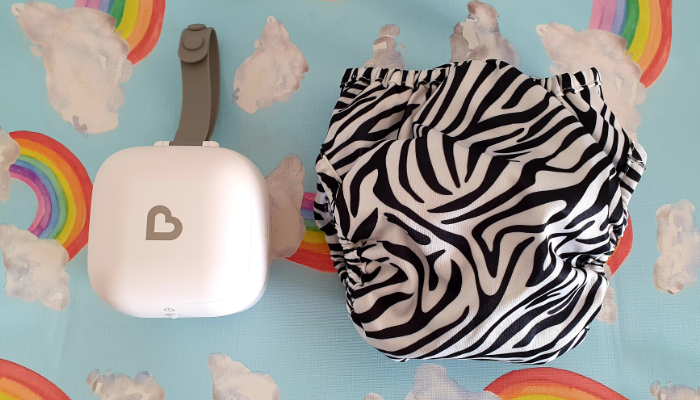 Munchkin also has Steriliser Bags (RRP £7.99) perfect for sterilisation at home or on-the-go. Each bag holds up to two bottles and accessories with ‘cool touch’ technology to help prevent burns and sterilises in just two minutes in the microwave. 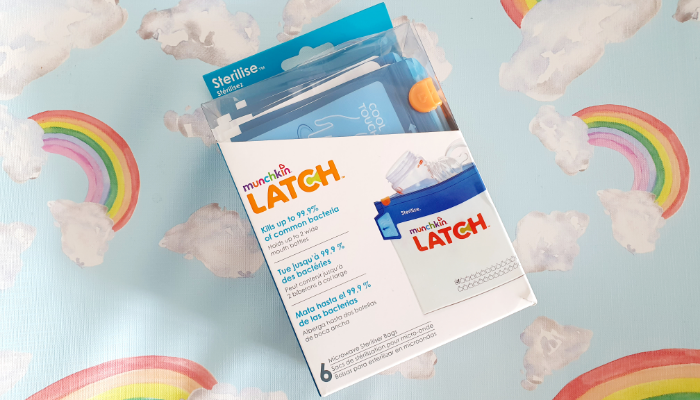 You can use each bag (which are currently Latch branded but will be Munchkin branded from the end of August) up to 30 times, which gets the thumbs-up from me. 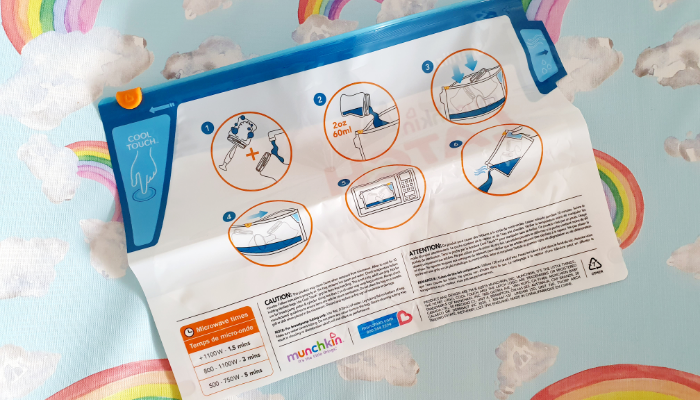 Being a new mum for the fourth time round, I thought I’d pretty much seen it all, but nothing prepared me for Munchkin’s UV Nursery Steriliser which is such a clever gadget, and the Mini Steriliser and Steriliser Bags are so handy too. In the crazy world we currently live in, inventions like this are just what I need for peace of mind so I can concentrate on the bigger things in life, like raising this little munchkin! 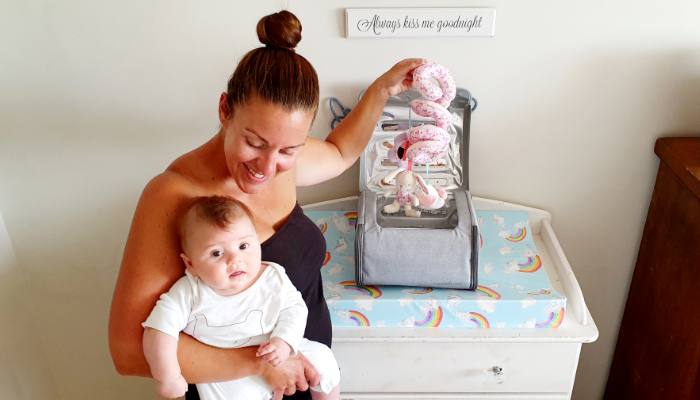 Do you worry about unmentionables lurking in or on toys in your house too? I’d love to know what you think of Munchkin’s range of solutions!

I’m working in a paid relationship with BritMums and Munchkin promoting its Nursery Steriliser. Get more information at www.munchkin.co.uk.