Have you heard the news?

I’ll give you a clue: I’m talking about a TV doctor, a certain glitterball trophy and lashings of fake tan. 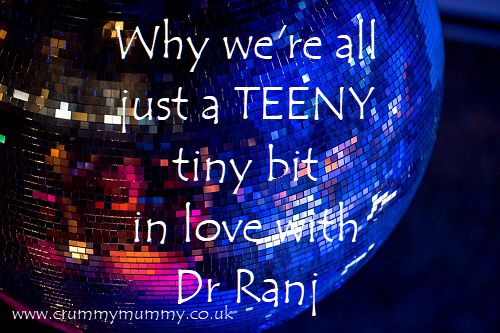 In case you’ve been on another planet I’m referring, of course, to the revelation that CBeebies’ Dr Ranj is among the line-up on this year’s Strictly Come Dancing, and I don’t mind telling you I’m just a teeny tiny bit excited.

If you don’t know who Dr Ranj is then you really have been on another planet: he’s the doctor with those eyebrows in CBeebies’ Get Well Soon, a show about health and hospitals, who happily sings about ‘plops’ to explain constipation to three-year-olds (my all-time fave episode) and also seen on ITV’s This Morning (not that I watch that much daytime telly *coughs*).

We’re huge Strictly fans in our house as it’s one of the few shows that’s got something for everyone: scantily clad women (Misery Guts), scantily clad men (me) and lots of dancing and glitter (the kids). And now Dr Ranj is going to be in it I’m Poldark-level excited. 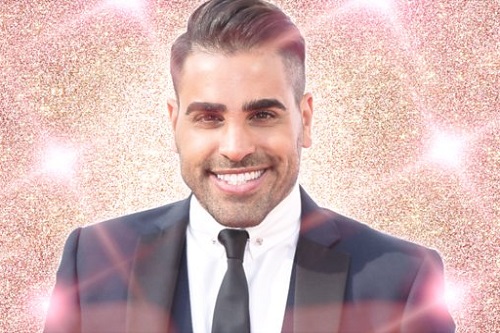 The thing about Dr Ranj is that, other than those eyebrows, he’s got a twinkle in his eye and a way of explaining a situation and making everything seem ok. Even to constipated three-year-olds and their unwitting parents. I don’t even mind the CBeebies loop of doom if it means his is the show on repeat.

But what is it about Dr Ranj that gets us all in a twist, other than the fact anyone who can keep them quiet for more than five minutes when you’re stuck at home on a rainy day is a hero?

I asked some fellow mummy bloggers who are also pleased we’re going to be seeing a lot more of Dr Ranj why we’re all just a teeny tiny bit in love with him.

“Dr Ranj is totally my guilty pleasure!” says Rachel who blogs at Kids, Cuddles and Muddy Puddles. “He’s so charming and let’s face it, quite easy on the eye! He’s got some serious style and I can’t wait to see what he’s wears on Strictly – I don’t usually watch it but I will be this season!”

“I’ve got such a secret crush,” admits Donna who blogs at Bobsy’s Mum. “It’s not often I fancy celebs, but he makes me go a little bit giggly!”

“I love his eyebrows,” says Sarah who blogs at Mumzilla. Enough said.

“Dr Ranj is an awesome guy!” says Charlotte at Welsh Mummy Blogs. “I had a really good chat with him at the Mind Media Awards last year. Top bloke. I will definitely be tuning into Strictly this year!” 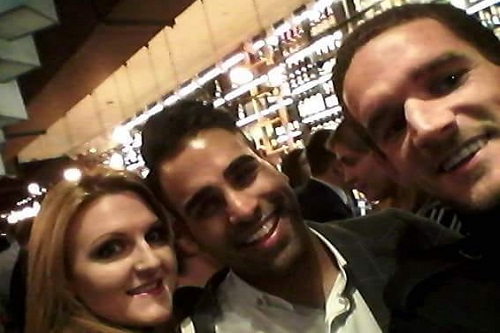 “Because he is sexy as!” declares Claire at Life, Love and Dirty Dishes. “I may have spent some time googling him!”

“My seven-year-old and I are equally excited by the news!” says Jennifer who blogs at My Mummy’s Pennies. “I love him because he is so down to earth and real! My children have met him at a few meet and greets at festivals and events and he’s always chatted to them in a lovely way and taken his time. I’ve been lucky enough to dance and have a chat with him at the MADS in 2014 and he was a genuinely nice guy. I’m definitely rooting for him to win!” 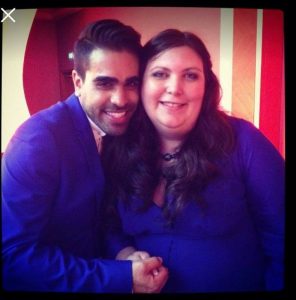 “The chicken pox episode of Get Well Soon was shown at the perfect timing for when my daughter caught them,” says Lyndsay-Rose who blogs at My Family of Roses. “She loves Dr Ranj and listened intently and repeated it all back to me.”

“I love Dr Ranj because he’s an actual doctor who actually sat with my son for 10 minutes at a meet and greet until he would respond,” says Jenny at The Brick Castle. “Hence he’s pretty much the only TV personality or dressed up character my son has ever spoken to or had a photo with.” 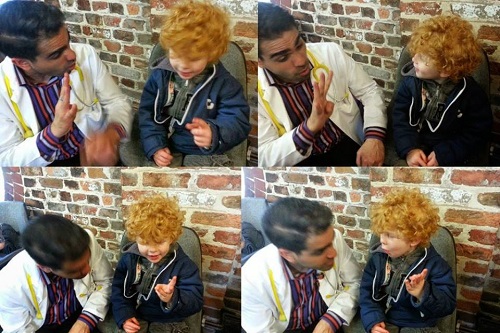 “We’ve spent a lot of time at hospital the past few months so Dr Ranj has ‘explained’ lots to my daughter!” says Naomi who blogs at Not a Perfect Parent. “She’s obsessed that she is going to be a doctor now because of it and knows what a lot of the medical equipment is for!”

“We love Dr Ranj because he helped prepare my toddler for her skin prick allergy test,” says Lisa who blogs at MummyBakesDairyFree. “She has a cow’s milk protein allergy, and although she is used to the frequent hospital appointments, seeing the process on Get Well Soon made her feel more normal.”

Are you a fan of Dr Ranj? Will you be tuning into Strictly Come Dancing this year because he’s on it? I promise I won’t tell anyone!

🥰 Spring is springing on our allotment 🥰 Las