Why I’ve written off my 30s

I’m 36 – more than halfway through the decade – and I’ve completely written off the next four years. 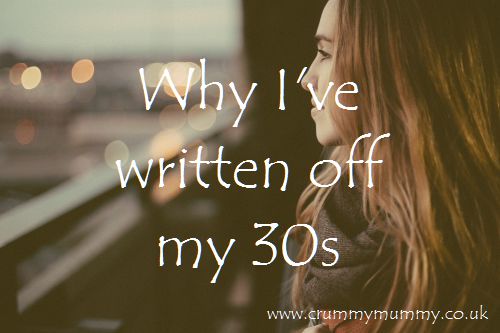 It might not be a very PC thing to say, but when it comes to my career that’s what I’ve done. Because I don’t think it’s possible to ‘have it all’ and be a mum, so I’m not even going to try.

Why I’ve written off my 30s

I’ve read a lot of blog posts lately by mums whose maternity leave is at an end, posts in which they weigh up the pros and cons of returning to work in a quest to be more than ‘just’ a mum and have a little bit of something for themselves, away from the poo and the puke and the constant wiping.

But at the same time their mum-guilt and anxiety leaps out at me from the screen, and inside I’m screaming ‘give yourself a break!’

I’m always mightily suspicious of so-called ‘supermums’ who appear to have it all. Like mum-of-five Nicola Horlick, dubbed the ‘city supermum’, and mum-of-two Karren Brady who famously answered emails 24 hours after emergency brain surgery. Quite simply, I don’t believe them.

I don’t believe they haven’t had an attack of mum-guilt when they totally forgot one of their children, or when they realised they were the only parent who forgot to send their child into school with 50p for the Fairtrade tuck shop (my latest mum fail). Or perhaps it is just me.

On paper my career since I’ve become a mum doesn’t actually look that bad.

As a journalist parenting has opened up a whole new revenue stream – my work is regularly published in national magazines and newspapers, I’ve appeared on daytime TV and national radio and I’m earning an income from blogging, which you could argue wouldn’t have happened if I wasn’t a mother.

All of this has been achieved sitting at the dining room table surrounded by mountains of dirty washing and soggy cornflakes between nursery drop-off and school pick-up, often with a baby attached to a boob. Which is no mean feat, I can tell you.

But at the same time my career has also been curbed. I gave up my dream job on a national newspaper because I wanted to exclusively breastfeed and couldn’t hack the stress of sitting on a closed toilet seat pumping milk, and I’ve been forced to turn down jobs in newsrooms and on features desks of publications I love because I can’t commit to anything that involves leaving home before 8am not being back by 3pm.

And I’m fine with that because I don’t want to have it all.

It occurred to me that by the time I reach the big ‘4-0’ I will have spent:

It’s been challenging, frustrating, exhausting, exhilarating, satisfying and rewarding. And you could say it’s the most important job in the world. Which is why I’ve written off my 30s.

Do you think it’s possible to have it all? Do you have a career and did you put it on hold to have a family? I’d love to know what you think!