But 20 months in I’ve decided it’s time to give up breastfeeding. 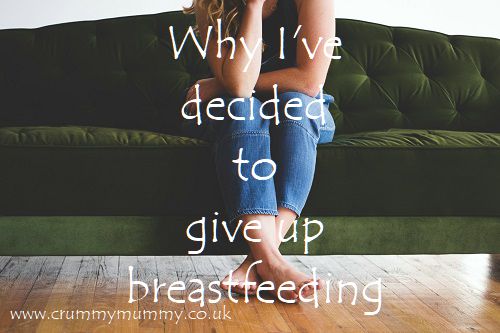 If you’re a regular follower of the blog you’ll know I’ve breast fed all three babies well into toddlerhood, well beyond what many might consider ‘normal’.

We reached six months, then 12 months and then 18 months, still going strong as we headed towards their second birthdays. But now we’ve reached that stage with baby number three I’ve decided enough is enough: it’s time to call time on the milk bar.

So, why now? We’ve come this far, why not carry on breastfeeding until the much-feted two year mark? One word: sleep.

Since the littlest was born on Valentine’s Day 2017 she has never slept through the night. At the time of writing that’s one year, eight months and seven days – or 616 nights. Mercifully I have slept through the night during that time – for six of them when we’ve been lucky enough to be able to leave her with grandparents.

But six nights out of one year, eight months and seven days isn’t very much. It’s 0.9% – less than 1% of her lifetime. Unsurprisingly I’m tired. I’m so tired I’m already tired tomorrow. Sometimes I wake up and wonder how on earth I’m going to get through the working day, let alone the rest of the working week. I can’t remember the last time I woke up and felt better, and I desperately need to feel better.

I’m tired of lying in bed shivering while feeding her at night because she’s hot and sweaty and doesn’t want the duvet. I’m tired of doing 4am boob to cot transfers only for her to go off like a rocket seconds later because I had the audacity to put her down in her own bed. And I’m tired of sleeping on a sliver of my own bed while she occupies the rest because that’s the only place she’ll sleep. I’m tired of being tired.

Of course sleep deprivation is cumulative, and it’s got to the point sleep deprivation is having side effects I can’t ignore. My immune system is shot to pieces because my body is doing two things at once – nourishing two people at the same time – and there isn’t a concealer in the world that can hide the bags now under my eyes. Most days it feels like I’m wading through mud. Basically, I’m running on empty.

This was brought home to me when I agreed to take part in the Great South Run, the country’s biggest 10 mile road race, partly to support Misery Guts’s ongoing fundraising efforts for diabetes charities and partly because of the work we’re doing here on the blog with Simplyhealth, who sponsor the event.

It was while training that I realised just how exhausted I actually am, causing me to question what on earth possessed me to sign up. What was I thinking training for a 10 mile run having had just six nights of meaningful sleep in the last 20 months? Perhaps sleep deprivation has made me delirious (if you want to know how it went head over to my social media feeds – it actually went surprisingly well!)

And it was while training I realised things need to change – I simply can’t go on like this any longer. The older two only started sleeping through the night when I stopped breastfeeding them, and I need the youngest to start sleeping through the night too. If that means we don’t make it to the magic two year mark on the breastfeeding front then so be it. I’ve given it my very best, and she’s grown into a strapping, rosy-cheeked toddler in the process. 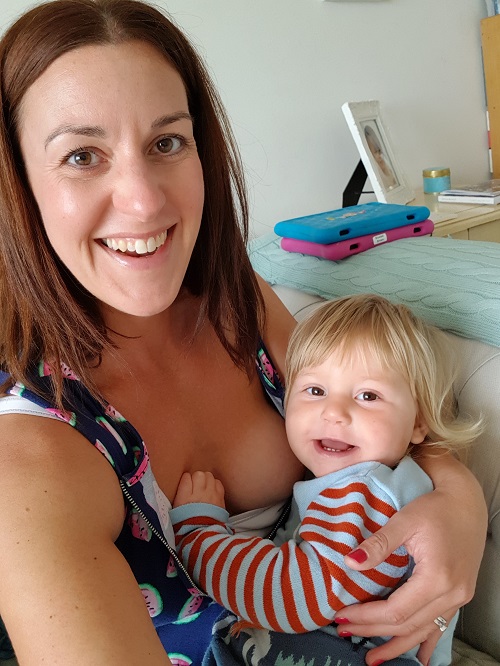 Now I’ve come to that decision I actually feel like a weight has been lifted off my shoulders, because I know things are going to get better and at last I can look forward to sleep, glorious sleep. Of course weaning her off the boob doesn’t necessarily guarantee she’ll sleep through the night, but with the milk bar out of the equation it does mean broken nights can be shared for the first time in 20 months. And if I’m only half as tired as I am now, I’ll be a whole new person.

Did you or your other half breastfeed and did you make it to two? Do you think we put too much pressure on ourselves as mums (and dads)? I’d love to know your thoughts!