I was tucked up in bed with Littlest B when I heard the news – it was first thing in the morning and we’d just woken up from a remarkably good sleep given she’s just three months old. She’d had her first feed of the day and had fallen back to sleep contentedly in my arms as I reached for my phone to see what was going on in the world. 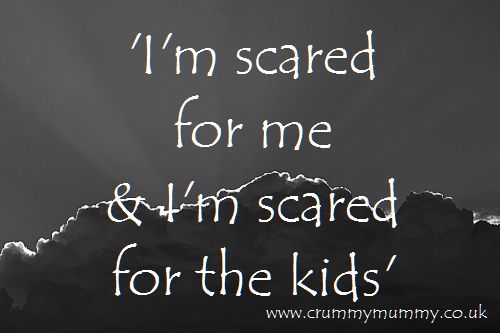 It was one of those moments when you’ll remember where you were and what you were doing when you heard.

It seems like only yesterday I wrote about why I’m telling my kids about terrorism in the aftermath of the Westminster terror attack, and here we are again just two months later.

When Britain voted to leave the EU and Donald Trump won the American presidency I also wrote about weird things I worry about now I’m a mum, in which I said there’s no point worrying about things you can’t change.

But this time things are different. This time I am worrying.

People say they won’t let acts of terrorism change them, and we shouldn’t change what we do and where we go because of it, but I disagree. The thing is terrorism does change things. It changes things a lot.

People also say life goes on, but this time I’m pleased to see it hasn’t.

General election campaigning was suspended, both the BBC and ITV pulled their scheduled day time programming and BBC1’s evening prime time slot was replaced with the soothing tones of David Attenborough.

Because things have changed a lot.

I was on a bus a week or so after the Westminster attack when a man got on the bus and used the controls in the ceiling to close and lock the doors. My first instinct was to get off the bus as soon as possible – why was he locking himself and us inside a vehicle? – but before I knew what was happening he’d unlocked the doors, stepped off the bus and disappeared into the crowd.

Even Misery Guts, who isn’t prone to histrionics, phones me when I go into London now to remind me to think about where I’d hide if anything were to happen and where might be a safe place to go to.

I’m due to go to a concert myself in a few weeks’ time and the idea of being in a confined space with lots of people scares me. Because the fact is it’s a target.

Misery Guts says I should still go because not going is what they want, and then they’ll have ‘won’.

But if going means three small children lose a mum and a husband loses a wife then I don’t care if not going means they’ve won. The potential loss to our family is greater than who has or hasn’t ‘won’.

Right now my bed with my baby sleeping contentedly in my arms seems like the only place I know we’re 100% safe.

Have you changed the way you think about or do things in the wake of the latest terror attack? Are there places you won’t go now as a result? I’d be really interested to hear your thoughts.

Like what you read here? Please consider voting for us in the Family & Lifestyle category of BritMums’ Brilliance in Blogging Awards 2017! All you need to do is click on the badge below and fill in the details – my blog url: http://www.crummymummy.co.uk, my twitter id: @mrsnataliebrown and my email address: natalie_brown@live.co.uk. You can even add your favourite post if you like. It takes just TWO minutes! Thanks so much!