Why I’m proud to breastfeed in the pub

Brace yourselves. This is going to be a ranty one.

Did you hear about the man who lambasted a mum on Facebook for breastfeeding her newborn baby in a pub on Mother’s Day while drinking a white wine spritzer? Shock horror: mum drinks wine! On Mothering Sunday! In public! 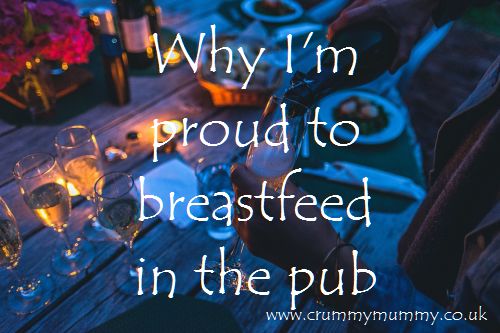 Of course the wine is only half the issue – the other half is the boobs. Or one of them anyway. Sheldon Sparks’s beef was that a) breastfeeding ‘shouldn’t be seen in a pub’ and b) that this mum’s breastmilk was probably ‘14% pinot grigio’.

So it’s ok for him to eat and drink in a pub but not a mum and her baby? Where are we supposed to go? Let me guess: the toilet. Or should we stay at home and be neither seen nor heard?

My heart sinks when I see stories like this – we have the worst breastfeeding rate in the world and this kind of publicity only serves to reinforce the idea that breastfeeding in public is something you do only if you dare.

I’ve exclusively breastfed all three of my babies – at home, at bus stops, on park benches, in restaurants, next to Sir Terry Wogan in make-up at This Morning and – you guessed it – in pubs.

Just like the mum at the centre of this story, who unsurprisingly wants to remain anonymous, here I am, on Mothering Sunday, in the pub, enjoying a white wine spritzer while breastfeeding my newborn (minus the blanket Mr Sparks also reckons we should have). 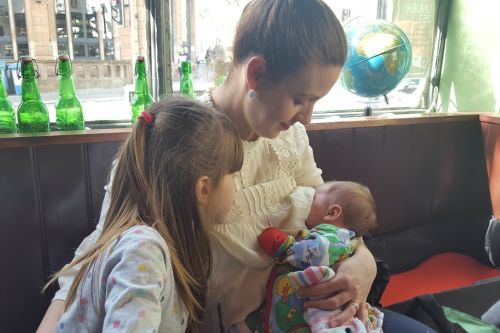 I’m proud to breastfeed my baby in the pub, and that’s what I said when I appeared on ITV’s This Morning debating the issue. 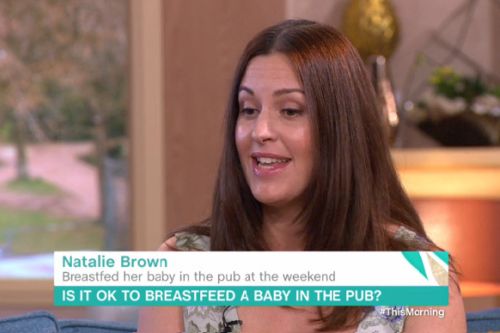 Why I’m proud to breastfeed in the pub

As a #MedelaMum and Medela breastfeeding ambassador I’m passionate about breastfeeding, and I think we should be doing all we can to support and applaud breastfeeding mums, not criticise them.

I gave up my dream job because I wanted to breastfeed and I think there are already enough barriers to breastfeeding in this country without strangers wading in with their unwanted and ignorant opinions in pubs.

Of course it’s a man that got the hump.

The fact he chose to rant about it online and not to the mother’s face or complain to bar staff at the pub in question suggests he knows full well he was likely to be met with confrontation, and I’m heartened to see the response to the story has been overwhelming support for the mum.

The official NHS line is that the occasional drink is unlikely to harm a breastfed baby, and in any case the milk the baby would have been drinking at the time of the ‘offence’ would have been milk produced hours and hours ago.

But the point is she shouldn’t have to justify herself, and it’s absolutely none of this guy’s business anyway. It’s his problem, not hers.

To make matters worse this was this poor mum’s first Mother’s Day, which like my first Mothering Sunday she’ll now remember for all the wrong reasons.

The trouble is Mr Sparks isn’t the only one who thinks breastfeeding in public in a pub is inappropriate – mum Nulifer Atik, who appeared alongside me on This Morning, thinks so too. 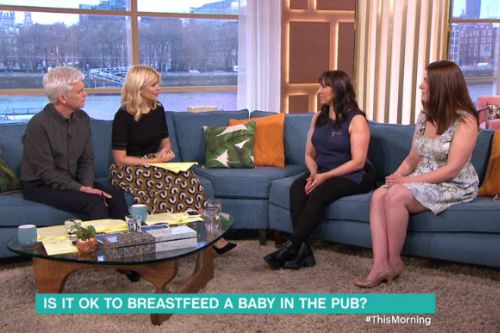 Thankfully the TV debate has sparked further support for breastfeeding mums, and the look on Phillip Schofield and Holly Willoughby’s faces when Nulifer suggested mums shouldn’t breastfeed in public because it makes men uncomfortable was absolutely priceless. (Even OK Magazine picked it up – I never thought I’d find myself in OK!) 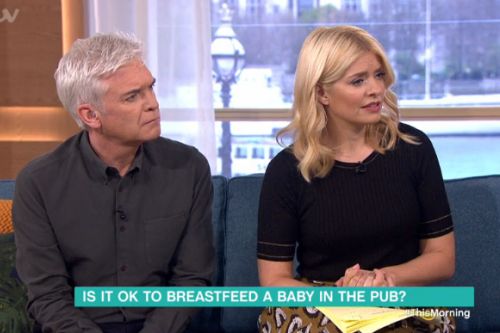 What do you think? Is it ok for mums to breastfeed in pubs while enjoying a drink? Or do you think it’s a big no-no? I’d love to hear your thoughts! 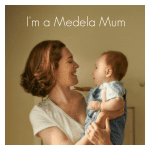