It’s a lesson I’ve just learnt the hard way – and a lesson I’d like the kids to experience at some point in their childhood. 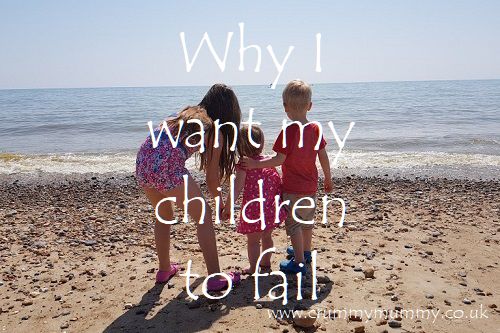 If you follow me on social media or read my post on whether I should be fined for taking my child out of school you’ll know we’ve been gearing up for a big event in our house: Misery Guts’s quest to run the Marathon des Cote, a 186-mile foot race along the Pembrokeshire coast path in three days to raise money for diabetes charities.

Running such a distance is a mammoth undertaking for anyone, but especially so for Misery Guts because he has type 1 diabetes.

💕 My husband 💕 See that little white chip on his left arm? It’s a continuous blood glucose monitor helping to keep him alive, & I’m relying on it to do its stuff today: day one of the three day Marathon Des Cote, a 186-mile ultra marathon which he’s running to raise money for people with type 1 diabetes like him. As always we’re cheering him on from the sidelines & are at the check points with medicine, supplies & lots of love, although our support has been slightly soured by the fact we’re each getting a fixed penalty notice for taking BB out of school. Is the council right to fine us? You can read all about it over on the blog today – link in bio! #bestdaddy #dads #daddy #dads #husband #husbandlove #fatherhood #run #runner #running #ultramarathon #endurance #ambition #inspire #thinkbig #health #love #diabetes #TD1 #TalkAboutDiabetes #capturingtheday #oureverydaymoments #documentyourdays @t1international @diabetesuk

Only three people were game enough to attempt the race and just one of them succeeded. And it wasn’t Misery Guts.

Despite months of intensive training, planning and blood, sweat and tears (his and mine!) Misery Guts was forced to drop out of the race 107 miles in, physically unable to run any further.

He called me in the early ours of the third day, physically exhausted, mentally drained and bitterly disappointed, asking me to come and pick him up because he just couldn’t go on any longer.

Some might say he failed but in fact – after running 50 miles a day for two days and still getting up on the third day with the determination to continue all while managing a chronic disease – I think he’s the real winner.

Of course after so much preparation the realisation that he wasn’t going to complete the challenge came as a bitter blow, and of course it’s disappointing, but I think recognising that completing the race wasn’t going to be possible and bowing out before he did himself an injury – or worse – makes him a hero. Or our hero anyway.

He’s taught our kids, who were with me on the sidelines and at check points with medicine and supplies cheering him on, a valuable lesson: that it’s not the finishing but the taking part that counts, and ‘failing’ to complete a task doesn’t make you a failure.

I know he’ll learn from what went wrong and come back better, stronger and even more determined for his next race – he learnt so much about strategy, kit and managing his diabetes while running that he’s already saying if he knew then what he knows now he would have completed the Marathon des Cote. And if something similar ever happens to one of the kids I think it will be a good thing – making them better, stronger and even more determined.

What do you think? Do you think failure is part of life and we should embrace it? Do you think it’s good for kids to experience failure at some point in their childhood? I’d love to know your thoughts!

If you’d like to know more about Misery Guts’s ultra marathon running he blogs about it over at Diabetic Dad Runs. And if you’d like to donate or find out more about the charities he’s supporting you can visit his JustGiving page here.