I don’t know about you but in the aftermath of giving birth that’s all I really wanted – or needed. 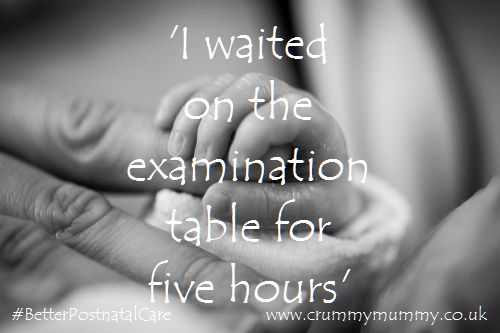 Those four little things aren’t much to ask when you think about it, but apparently if you give birth in an NHS hospital they are.

Mumsnet has launched a new campaign calling for better postnatal care for women after a survey found that 61% of new mums were unable to access food when they needed it.

A further 45% couldn’t get the pain relief they needed, 22% couldn’t access water and 19% couldn’t have a wash.

I’m sad to say that after having Littlest B on Valentine’s Day I’m one of those 22% who couldn’t access water.

While there was a nice full jug of water waiting for me when I was transferred from the delivery suite to the postnatal ward of the hospital, I had to wait several hours before it was topped up again – and it wasn’t by a member of NHS staff, it was by Misery Guts when he returned from going home for a sleep.

If there’s one thing a breastfeeding mum needs it’s water, and I remember being desperately thirsty and thinking ‘someone will come along in a minute’.

But someone didn’t come along in a minute.

In fact the hospital was so over-stretched that the midwives themselves were doing the observation rounds because there weren’t enough nurses to do them. (Quite apart from the fact we had already been diverted to a hospital 40 minutes away in a different county instead of our local one five minutes up the road – that was an interesting car journey – because it didn’t have enough midwives, just one of the reasons I was right not to write a birth plan).

Of course I could have rung the bell to call a nurse and ask for water, but watching the staff flying around trying to do their jobs and having just been a further drain on resources owing to the small matter of being in labour and giving birth, leaving blood splattered all over their pristine birthing suite (seriously, it looked like someone had been murdered) which some poor soul would have to clear up and a mountain of paperwork behind me you don’t like to make a fuss.

And that’s the crux of the matter: you don’t like to make a fuss.

Mumsnet’s survey found that 88% of mums who said their postnatal experience was either inadequate or terrible also didn’t complain afterwards.

The NHS is free at the point of need, the staff are all doing their best in often very difficult circumstances and the safe delivery of your baby is the most important thing, right?

But is being grateful we’re leaving hospital with a baby in our arms really enough? Isn’t our care important too?

Apparently just 8.5% of a woman’s total maternity care budget is currently spent on her postnatal care. And I think Mumsnet’s survey is just the tip of the iceberg.

After having Littlest B in a birthing pool we moved to a bed which was in fact less a bed and more an examination table.

This was supposed to be a temporary measure until we moved to the postnatal ward, but because our local hospital was on divert due to the aforementioned lack of midwives the postnatal ward was now full, and I had to wait for a bed.

I ended up waiting on this examination table for about five hours, so long that I penned in my head a blog post entitled ‘An open letter to the NHS’ about the said bed. It was the most uncomfortable bed in the world – I even joked to Misery Guts that being consigned to it was worse than childbirth.

It was while on this ‘bed’ that I asked for a pillow to prop up my arm while I fed Littlest B, but I was told (very apologetically) by a midwife that they didn’t have any pillows, even though there was no way I could comfortably feed her without one.

So do you know what we did? We rolled up our coats and propped them under my arm instead. (Which is rather ironic given one of my last blog posts before giving birth was the only 10 things you need in your hospital bag in which I said there’s no need to take your own pillow from home. What I’d have done for my own pillow from home!)

It’s crazy when you think about it – a labour ward with no pillows and a new mum using clothing as bedding. And despite being constantly told ‘breast is best’ the hospital lacked the very basics needed to help make that happen.

I shudder to think what other makeshift solutions new parents have had to come up with in labour wards.

I don’t want to put the boot in when it comes to NHS staff – everyone we encountered when we’ve had all three babies were doing the very best they could – and that isn’t what the #BetterPostnatalCare campaign is about. It’s about trying to find ways to make postnatal care great for everyone.

Mumsnet is calling on politicians, the Department of Health and healthcare providers to commit to ensuring that all new mothers staying in hospital have access to the absolute basics: food, water, pain relief and washing facilities.

You can help too by sharing your ideas on improving postnatal care by tweeting @MumsnetTowers with the hashtag #BetterPostnatalCare, by posting on their Facebook page, or by emailing campaigns@mumsnet.com.

Have you had a baby in an NHS hospital and were you able to access the food, water, pain relief and washing facilities you needed? What was your experience like?

Like what you read here? Please consider voting for us in the Family & Lifestyle category of BritMums’ Brilliance in Blogging Awards 2017! All you need to do is click here, scroll down to the Family & Lifestyle category and fill in the details – my blog url: http://www.crummymummy.co.uk, my twitter id: @mrsnataliebrown and my email address: natalie_brown@live.co.uk. You can even add your favourite post if you like. It takes just TWO minutes and I’ll eternally grateful! Thanks so much! 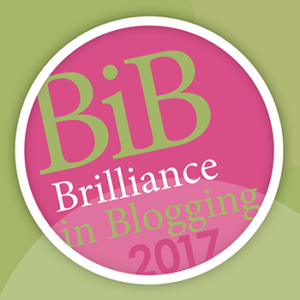