Apologies for the radio silence. We’re one week into our two week holiday in Dorset, and while I thought I’d post as normal for one reason and another it hasn’t turned out that way. But before it’s too late I thought I’d share the result of the plans for BB’s third birthday Peppa Pig cake which have been going round in my head for the last month. 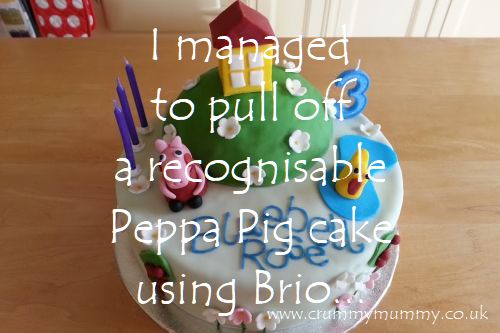 It took more than four hours and a lot of rolling up icing and starting again but I managed to pull off a recognisable Peppa Pig eventually. I’m not sure Mary Berry would approve of my methods: I used Brio level crossings to mould the house into a square (the only things I could find that were small and solid enough) and the daisies were shop-bought, but apart from that I did it myself with the help of a hemisphere cake tin from Lakeland (I’m thinking this can be used to make owls/hedgehogs/princess dresses in the future). 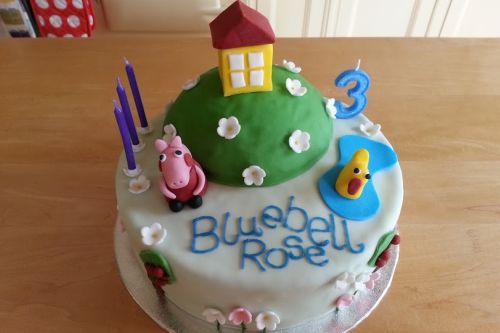 The ‘wow’ from BB following the grand unveiling was worth it, even if she did eat Peppa and the duck in two mouthfuls in five seconds flat.